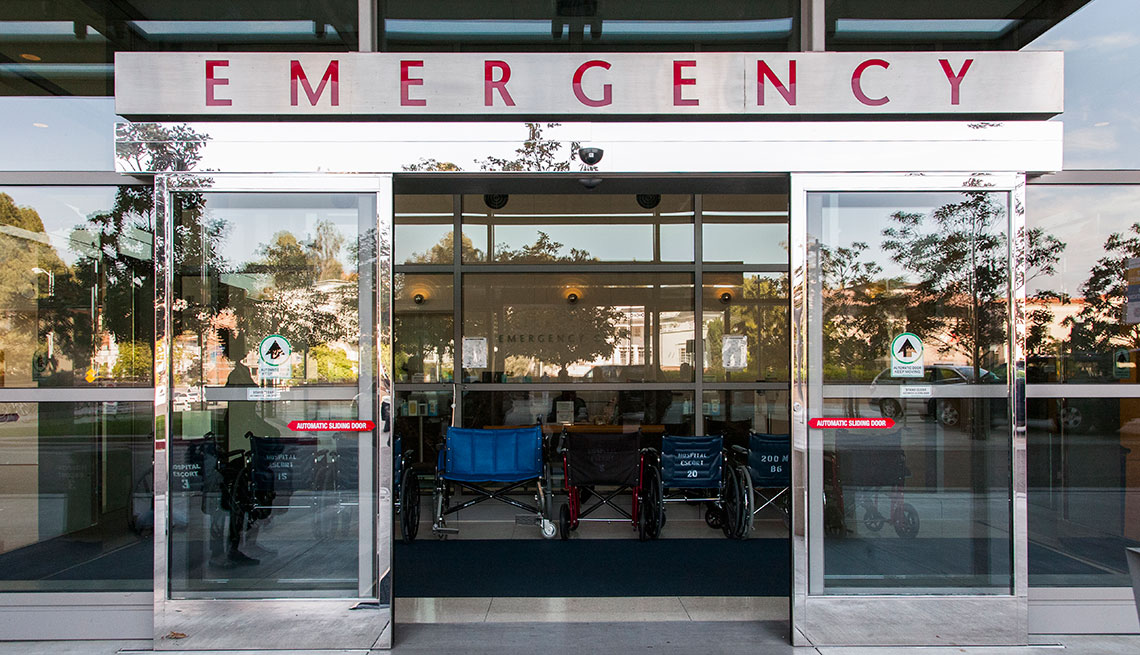 Anthem’s decision whether to pay an emergency room bill is based on a doctor’s diagnosis — not the reason the patient went to the hospital.

Anthem Blue Cross Blue Shield, the nation’s largest health insurer, is expanding its policy of not paying for emergency room (ER) care that it decides was not an emergency.

If you are enrolled in an individual Anthem plan in New Hampshire, Indiana or Ohio, you will soon be joining members in Georgia, Missouri and Kentucky who already have had to think twice before going to the ER.

“Save the ER for emergencies. Or you’ll be responsible for the cost,” Anthem stated in letters to subscribers affected by the policy change. “Anthem’s ER program aims to reduce the trend in recent years of inappropriate use of ERs for nonemergencies,” an Anthem spokesperson said in an email.

Historically, overuse of the emergency department has been considered a key contributor to rising health care costs. The Centers for Disease Control and Prevention reported a record 141.1 million visits to ERs in 2014, the latest year data is available. Insurers have attempted to control costs by imposing separate deductibles for emergency room care that doesn’t result in an admittance to the hospital and by charging lower copays to patients who go to an urgent care center or retail health clinic.

Anthem’s decision whether to pay an emergency room bill is based on a doctor’s diagnosis — not the reason the patient went to the hospital. So if you go to the ER with chest pains and it turns out you had indigestion, or if you fell but your ankle was sprained and not broken, under Anthem’s policy you’ll probably have to pay the entire bill.

The financial consequences for a wrong self-diagnosis can be significant. Being denied reimbursement for an emergency room visit can cost patients thousands of dollars. A 2013 study funded by the National Institutes of Health found that ER charges varied widely — from $740 for an upper-respiratory infection to $3,437 for a kidney stone.

Anthem’s ER policy has drawn strong criticism from physicians, hospitals and lawmakers who argue that the policy imposes unexpected and unreasonable costs on patients who genuinely believe they are experiencing real emergencies.

“I am concerned that Anthem is requiring its patients to act as medical professionals when they are experiencing urgent medical events,” Sen. Claire McCaskill (D-Mo.) said in a letter to Anthem leaders late last year. “Missouri state law and federal law protect patients from having to make these types of decisions.” These laws — including the Affordable Care Act — require insurers to cover ER visits that “a prudent layperson who possesses an average knowledge of health and medicine” deems medically necessary. Anthem said its medical directors take that standard into account when reviewing individual cases.

But doctors worry that Anthem’s policy may cause patients to attempt to self-diagnose alarming symptoms and not go to the ER out of fear their care will not be reimbursed.

That worry could be justified. Anthem gave Missouri providers a list of approximately 1,900 specific diagnoses that the insurer will examine if the patient was treated in an ER. The American College of Emergency Physicians (ACEP) says that some items on that list could indicate medical conditions that require immediate attention. For example, ACEP said influenza is on the nonreimbursable list, but the flu can lead to serious illness or death in vulnerable populations.

Anthem defends its policy by saying it is helping members determine the most appropriate place to access the care they need. The insurer urges members to consider alternatives to emergency care, such as urgent care facilities or retail health clinics. Anthem also offers its members use of the insurer’s own LiveHealth Online or 27/4 NurseLine to gauge the nature of their illness or injury.

But concerns remain. In her letter to Anthem, McCaskill said that patients in Missouri may forgo emergency care out of fear that their visit to the ER will be considered “avoidable.” After all, McCaskill said, “patients are not physicians.”