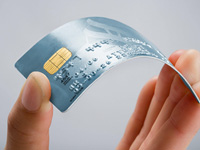 En español | Q. Is it true that next year I won't be able to use my flexible spending account to pay for over-the-counter drugs unless I get a doctor's prescription?

A. That's right. Even though you don't need a prescription for over-the-counter medications like Claritin or ibuprofen, if you want to pay for them with money from a flexible spending account (FSA), next year you will need to get a prescription from your doctor. The new prescription requirement ensures that only the cost of the drugs that your doctor says you need will be deducted from your taxable income.

Some 20 million Americans contribute a small portion of their income into these tax-free accounts, which lower their taxable income. For example, a person in the 15 percent income tax bracket who makes the average contribution of $1,208 into an FSA saves roughly $274 in taxes while someone in the 35 percent tax bracket saves about $438.

The money in an FSA can be used to pay for most health-related items that your insurance doesn't cover or doesn't cover completely, such as crutches, bandages, blood sugar test kits, eye glasses, contact lenses, as well as over-the-counter drugs. FSA money can also be used to pay your health insurance copays or deductibles.

According to the tax code, if you don't use all your FSA money by the end of the year, you lose it. FSAs are offered by 18 percent of employers that provide health care coverage, including three out four companies with 200 or more workers.

The new prescription rule applies to over-the-counter medicines except for purchases of insulin, says Sandra Salstrom, a Treasury Department spokeswoman.

One reader asked whether the doctor's prescription must also indicate what diagnosis or medical condition the over-the-counter drug will be used to treat. The new rule does not require that the prescription contain a diagnosis. But if you live in a state that requires all prescriptions to include a diagnosis, then your FSA prescription would have to comply with state law.

While there is no legal limit now on how much money you can put into a flexible spending account, that's going to change. The health reform law will limit contributions to a maximum of $2,500 starting in 2013. That limit increases over time with inflation and applies regardless of whether the account is used by an individual or a family. Still, the limit shouldn't affect many people because it is set at about double the average contribution. The provision is expected to generate as much as $18 billion in additional tax revenue over the next decade.

Although the new rule may be inconvenient, it may have some positive side effects, says Steve Findlay, senior health policy analyst at Consumers Union. Asking your doctor for a prescription provides an opportunity to discuss whether you should take, for example, an aspirin every day to protect your heart. Some over-the-counter drugs taken over long periods of time have the potential for harm, he adds.

"Unfortunately, people are taking over-the-counter medicine that they don't need to take," he adds.