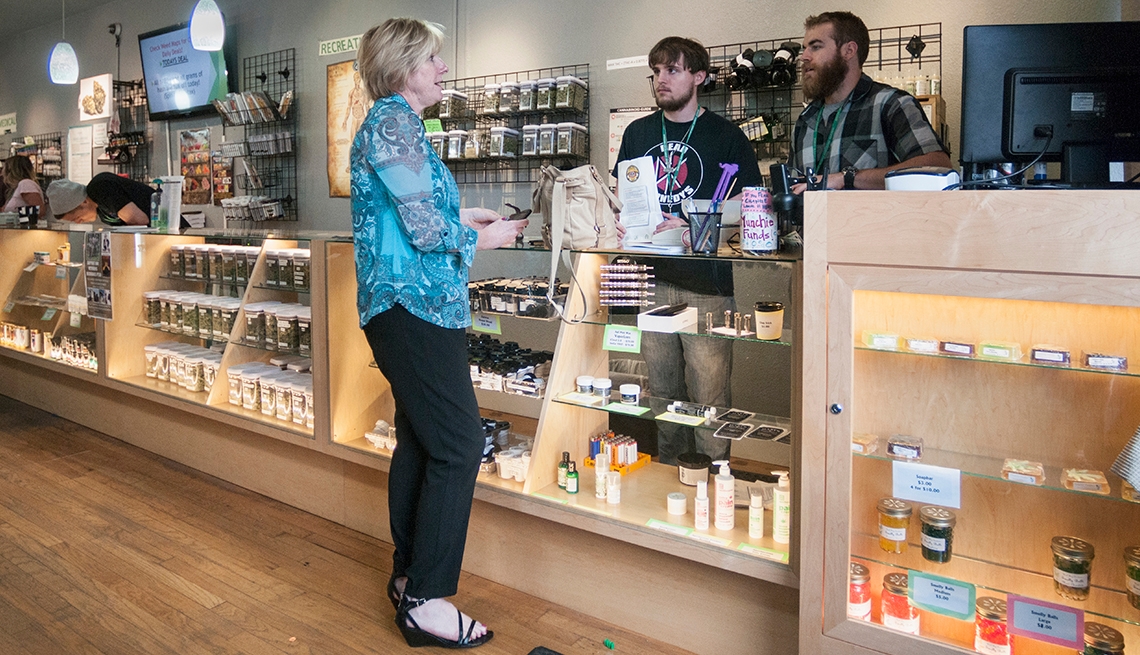 The number of older Americans using marijuana is getting higher.

Medical Marijuana: Here’s What You Need to Know

A new report in the journal JAMA Internal Medicine found cannabis use in adults 65 and older increased by 75 percent over a three-year period. Among the 65-plus population, 4.2 percent used marijuana in 2018 versus 2.4 percent in 2015. In 2006, usage in the age group was only 0.4 percent, the report states.

Geriatrician Benjamin Han has seen the growing interest in cannabis among older adults firsthand. The assistant professor of geriatric medicine and palliative care at the NYU Grossman School of Medicine and lead author on the JAMA report says he gets “asked in clinic all the time” by patients if pot helps alleviate symptoms of chronic conditions, mitigate pain and aid in sleep.

His answer: “We don't really know at this point.”

The report, which analyzed data from the National Survey on Drug Use and Health, found that the number of adults 65-plus with chronic diseases who used marijuana increased overall during the three-year period. The biggest jump (180 percent) was among older adults with diabetes, which Han speculates may be due to studies suggesting cannabis could help ease nerve pain from neuropathy — a common symptom of Type 1 and Type 2 diabetes.

Older adults who consume alcohol also used marijuana more between 2015 and 2018. And while researchers weren't able to tell if the survey respondents were using alcohol and cannabis at the same time, Han says this trend is of “possible concern” since “using them together could lead to higher impairment and could potentially be harmful.”

Other notable findings: Marijuana use increased 93 percent among women 65 and older during the three-year window and nearly 114 percent in older adults with a college education. Married adults and those with higher incomes also experienced spikes in cannabis use, as did racial and ethnic minorities.

With more interest in marijuana among the 65-plus population and more states legalizing the drug for medical and recreational use, Han says additional research is needed to better understand its risks and benefits to older adults — especially since they “may be more sensitive to anything that has psychoactive properties,” which could lead to dizziness and falls.

In the meantime, Han says doctors can use the report's findings to help guide routine screenings.

"We don't do a great job of screening our older patients for substance use, including alcohol use, and it's important,” he says. “Because for certain patients, especially with those with specific chronic diseases, cannabis could be potentially harmful.”