En español | New guidelines for diagnosing Alzheimer's disease, published Tuesday by the National Institute on Aging and the Alzheimer's Association, set forth methods for identifying the disease before it progresses to full-blown dementia, and for the first time include lab and brain-imaging tests that can help identify Alzheimer's as the likely cause of a person's mental decline.

So far, though, there are no therapies that alter the devastating course of Alzheimer's disease. And in a media briefing Monday, authors of the new diagnosis guidelines emphasized that while testing for Alzheimer's pathology in the brain may one day be used to identify the disease at much earlier stages, today the tests are primarily a research tool. They are not ready for routine use in doctors' offices. 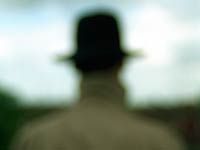 Even so, Gary Kennedy, M.D., director of geriatric psychiatry at Montefiore Medical Center in New York, who was not on the guidelines panel, says he hopes the new diagnostic criteria encourage people with worrisome memory problems to seek help. Kennedy says there's a lot patients and their families can do to minimize the impact of Alzheimer's, from structuring the patient's environment to optimizing medical care, exercise and diet. "We need to think of dementia as a chronic condition," he says. "We can't really modify the disease, but we can push back the disability."

New tests outlined in the guidelines involve looking at the brain with imaging technologies like magnetic resonance imaging (MRI) and positron emission tomography (PET), and examining the fluid obtained by a spinal tap. The imaging studies can reveal so-called plaques made up of a protein called amyloid, a defining feature of Alzheimer's. They also can indicate characteristic patterns of shrinkage or reduced metabolic activity in the brain. The cerebrospinal fluid tests look for levels of amyloid as well as of another protein, tau, which makes up the twisted strands or "tangles" that, like plaques, are a signature brain pathology in Alzheimer's.

Weaknesses of the tests

Research studies have demonstrated that all these tests can help identify Alzheimer's as the cause of a patient's dementia, and can help predict which patients with milder symptoms will go on to develop dementia. But the tests aren't conclusive in themselves. They aren't standardized so that a certain result means the same thing in every medical center. And there's no clear cutoff separating normal findings from those indicating a problem. In addition, they're not available from most primary care doctors.

Next: Three stages of Alzheimer's. >>

The new guidelines, published online in the Alzheimer's Association journalAlzheimer's & Dementia, separate Alzheimer's into three stages: "preclinical" Alzheimer's, a category defined only for research purposes that encompasses people with suggestive brain changes but no readily apparent symptoms; mild cognitive impairment, in which mental decline is noticeable and measurable but doesn't compromise independence; and Alzheimer's dementia, once the only form of the disease but now seen as a relatively late development.

Even in diagnosing people with frank dementia, the new guidelines confine the "biomarkers" tests to a strictly supporting role. "We're asking the physician, with the help of an informant — the patient and family — to make a judgment about whether dementia is occurring," said Guy M. McKhann, M.D., a neurologist at Johns Hopkins University School of Medicine and lead author of the guideline on dementia, in a media teleconference on the new guidelines. "Biomarkers can assist the diagnosis but are not essential."

For people with signs of mild cognitive impairment, a problem that may affect millions of people, guidelines writers said the goal was to create a clear framework for evaluating their condition. The guidelines provide methods for combining biomarker test results with observed symptoms to judge the likelihood that a patient's problem will progress to Alzheimer's dementia. But because of the uncertainties that still surround these tests, the experts propose their use mainly for research.

In a clinical setting, the workup for these patients would be very similar to what's been standard for the last decade, including tests to rule out non-Alzheimer's causes of mental impairment like a stroke or tumor. Currently there are no drugs approved to treat mild cognitive impairment. "For many people, it is important to know, to make plans, to discuss with their family the plans at a time when they are still able to make decisions for themselves," said Reisa Sperling, M.D., a neurologist at Harvard-affiliated Brigham and Women's Hospital in Boston and lead author of the guideline on presymptomatic Alzheimer's.

The guidelines propose even less of a role for the tests in diagnosing people with milder symptoms, except in clinical trials and other research settings.

Indeed, it's in research on the early pathology of Alzheimer's that the biomarker measurements will likely play a key role. These measurements can help scientists study just which biological changes predict progression to dementia, and help them tease out which factors actually cause the decline — and are therefore the best targets for experimental drugs.

"We believe that it's critically important, when we do have more effective drugs, to intervene as early as possible," said Marilyn Albert, director of the Johns Hopkins Alzheimer's Disease Research Center and lead author of the guideline on mild cognitive impairment.