Why Dementia Can Be Different for Latinos 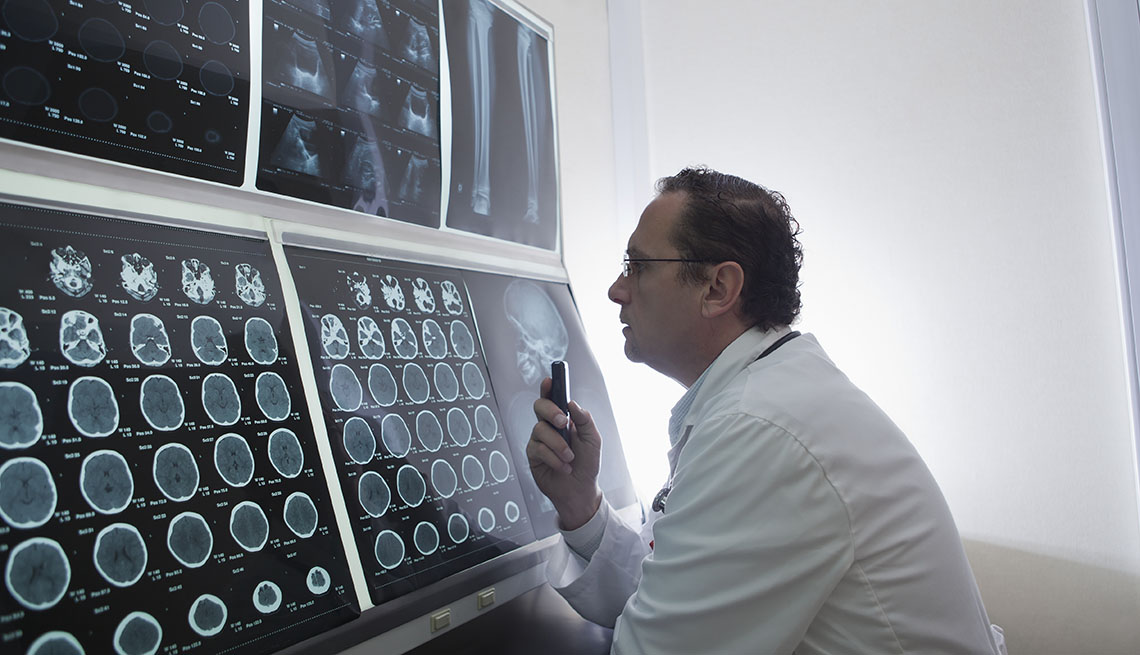 Latinos may experience slightly different signs and symptoms of dementia, with more depression and anxiety and a faster rate of functional decline than Blacks or non-Hispanic whites, according to new research presented at this year's Latinos and Alzheimer's Symposium, sponsored by the Alzheimer's Association.

Some findings are probably influenced by Hispanic social and cultural practices, investigators say. Others — particularly a marked increase in anxiety and depression when compared to Blacks and non-Hispanic whites — could be related to the disease process itself.

But whatever their foundation, these differences deserve much more investigation, dementia researcher Andrew Zaman told AARP — especially considering that the number of Latinos living with Alzheimer's is projected to skyrocket in the next several decades, possibly growing 832 percent by the year 2060, a report from the University of Southern California and UsAgainstAlzheimer's shows.

To better understand mood and anxiety problems in different populations dealing with dementia, Zaman, an adjunct instructor at the University of West Florida in Miami, and clinical psychologist Michael Cuccaro compared rates of anxiety and depression in about 5,000 people enrolled in a large genetics study.

They divided the group into Hispanics, Blacks and non-Hispanic whites, and then again by cognitive status: cognitively normal, mild cognitive impairment (MCI) and Alzheimer's disease (AD). Then they looked at the rates of anxiety and depression in each group.

The study can't determine if the psychological findings are part of dementia progression or a reaction to the diagnosis, Zaman notes. But both anxiety and depression are well-known risk factors for dementia, and previous research has suggested they can be very early manifestations of abnormal protein accumulations in the brain, namely amyloid and tau.

"We have lots of great evidence that medications and talk therapy help, but minorities have the lowest rates of getting this help,” said Cuccaro, associate director at the University of Miami Miller School of Medicine's Center for Genomic Education & Outreach.

"We need to do a better job of making mental health services accessible for these groups, with culturally informed providers who speak the same language. It has to start with people feeling comfortable talking about their anxiety and depression and being able to express their thoughts to the right provider."

Daily life is disrupted to a greater degree

Increased anxiety and depression may not be the only extra challenge Hispanics face when dealing with aging, according to Andrea Ochoa Lopez, a doctoral student at the University of Houston. Her research has found that dementia alters the daily lives of Hispanics much more than it does the lives of Black or white patients. And that for Hispanics, activities of daily living — bathing, dressing, shopping and paying bills — may be a better measure of disease progression than tests of memory and thinking ability, which may be subject to cultural bias.

"Cognitive tests are helpful,” she said. “But they don't tell the whole story. The way people perform on these measures is influenced by other factors, like language, race and ethnicity.”

In her research presented at this month's symposium, she used information collected by the long-running University of Michigan Health and Retirement Study (HRS). The study includes about 20,000 Americans who report their health information once a year; it's co-sponsored by the National Institute on Aging and the Social Security Administration.

Ochoa Lopez looked at cognitive and functional data on 500 HRS subjects with dementia, including both cognitive and daily functional scores, then compared the results among Hispanics, Blacks and non-Hispanic whites. After taking into account variables like age, sex and education, she found that Blacks and non-Hispanic whites had similar levels of physical impairment, while the Hispanic subjects had significantly worse function in measures like grasping objects, getting up and down, walking and dressing.

The explanation for these findings is probably complex — a reflection of both culture and the health disparities that continue to affect minority communities in the U.S., she said. “Hispanic communities, in general, are at higher risk for cardiovascular conditions and diabetes, which both increase the risk of dementia and impair quality of life. They may also lack access to services that can help them keep functioning physically for a longer time as they deal with this disease,” she added.

Aside from physical factors, sociocultural practices may play a role as well. Hispanic families are typically devoted to their elders and strongly believe in making their later years comfortable within the boundaries of the primary family.

"Some families want to start doing everything for their older members to try and remove some of the burdens and make their lives easier,” said Ochoa Lopez. “But there is research showing that when cognition is declining, older people actually do better when they stay active. And there is also still stigma. They may not want their elder family member to be seen as ill or mentally unstable."

The study “opens avenues for much more research,” Ochoa Lopez said. But ironically, researchers find it incredibly difficult to recruit minorities into dementia studies, meaning that most of what researchers know about dementia comes almost exclusively from white populations, which also tend to have better baseline health, higher education and better access to quality health care.

In fact, Latinos make up just 7.5 percent of research participants across 32 federally funded Alzheimer's Disease Research Centers. This despite the fact that the prevalence of Alzheimer's disease in Latinos is at least 50 percent greater than among non-Latino whites, the University of Southern California and UsAgainstAlzheimer's report shows.

A number of researchers are working to better understand Alzheimer's disease in Latinos. The team behind the Harvard Aging Brain Study, for example, which examines how dementia symptoms, thinking and brain imaging differ between non-Hispanic whites and Latinos, is actively recruiting more Latinos who are 65 to 80 years old and have no cognitive concerns. And the Boston Latino Aging Study, whose goal is to understand how memory changes as the Latino brain ages, is enrolling participants 55 and older who have normal memory and live in the greater Boston region.

"It's very important for the Latino community to understand, we can't do this without you,” said Clara Vila-Castelar, a researcher and neuropsychologist at the Multicultural Alzheimer's Prevention Program at Harvard University and Massachusetts General Hospital in Boston. “We need your participation in order to diversify our research, to help ensure that the dementia treatments of the future are truly helpful to every patient who needs them."

The Alzheimer's Association's TrialMatch can connect individuals interested in clinical trial participation to relevant Alzheimer's and dementia trials in their area. The National Institute on Aging also has information on studies and community outreach for Latinos led by NIA-funded Alzheimer's Disease Centers.

7 Things to Do After 50 for a Healthier Brain

Researchers are racing to find a treatment for dementia, but everyday habits can lower your risk