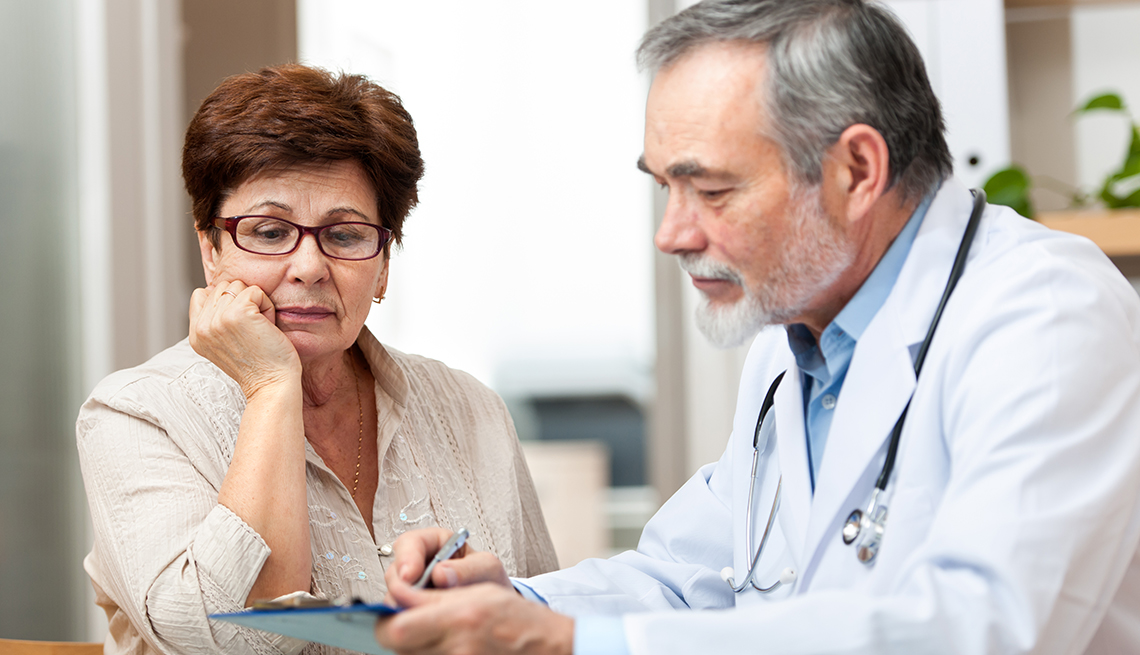 En español | Going to the doctor alone might make a dementia diagnosis less likely, according to a new report from Johns Hopkins Medicine.

Adults with probable dementia who are unaccompanied to medical visits have a greater chance of remaining undiagnosed or unaware of their diagnosis.

Using data from an ongoing nationwide study of Medicare recipients ages 65 and older, the Hopkins researchers found that individuals with probable dementia who attended medical visits alone were twice as likely to be undiagnosed by their physicians as those who took a companion.

“When identifying dementia symptoms or making a diagnosis, access to an informant, such as a family member or friend, is crucial,” lead study author Halima Amjad, M.D., an assistant professor of medicine at Johns Hopkins University School of Medicine, said in an email to AARP.

Among individuals who were already diagnosed, those unaccompanied at medical visits were about twice as likely to be unaware of their diagnosis as those who were accompanied.

The new findings, according to Johns Hopkins, add to evidence that a “substantial majority” of U.S. adults with probable dementia have either never been professionally diagnosed or do not realize they have been.

“Patients with dementia may be in denial or, as part of the disease, lack insight into their symptoms, have poor memory of recent events or problems, or provide inaccurate information,” Amjad said.

A 2017 poll by AARP and FleishmanHillard Global Intelligence found that nearly half of physicians surveyed (47 percent) prefer to wait for patients to raise the subject of dementia, rather than bring it up themselves.

Amjad acknowledged that one controversial aspect of dementia diagnosis is whether the patient wants to know. “Even in cases where the patient would not want to know,” she said, “it is still important for family or companions to be aware of the diagnosis.”

One way to improve diagnosis rates, she said, is by screening vulnerable groups, such as patients going to medical visits alone. According to her findings, which were published in the July issue of the Journal of General Internal Medicine, undiagnosed adults were also more likely to be Hispanic, have less than a high school education or have fewer functional impairments (meaning their dementia may be more easily missed by both clinicians and family members).

Individuals with abnormal screening results can then undergo more in-depth evaluation, said Amjad, “which ideally includes talking to a family member or loved one to obtain additional information.”

If a dementia diagnosis is made, it’s important for family and friends to know. This way, she said, “they are ready and able to provide support when it becomes necessary.”