Is Alcohol Really Good for Your Health? 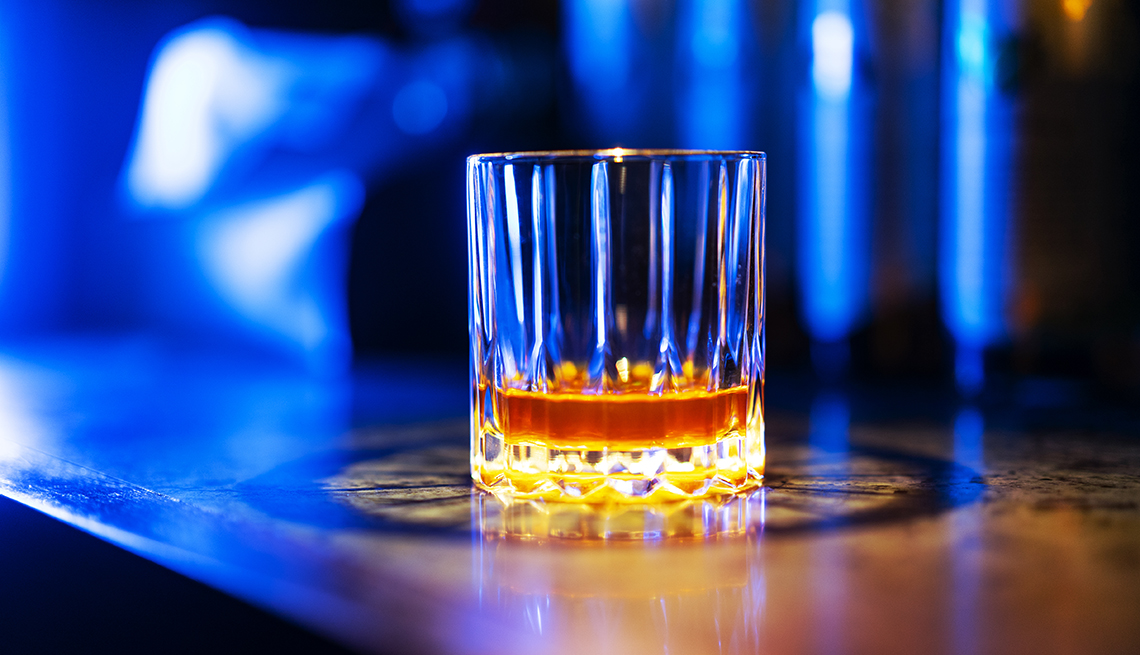 If you enjoy a nightly glass of wine or cocktail, you’﻿d probably lap up headlines like these with glee — “A glass of wine a day lowers your risk for early death,” “Moderate drinkers live longer than those who don’t drink at all,” “Occasional drinkers at lower risk for heart disease, stroke, diabetes.”

But the health benefits of drinking may not be so cut and dry, and the risks, on the other hand, are hard to ignore.

“The risk for most health harms due to alcohol pretty much start from your first drink and rise in a straight line from there,” says Nick Sheron, M.D., a hepatologist and a visiting professor at Kings College London. “But the unexplained reduction in mortality for people who drink a little may be due to the alcohol or may be due to another factor.”

New research suggests that the risks of even moderate or light drinking may outweigh the supposed benefits and that, in fact, when it comes to some health risks, there may be no safe level of alcohol consumption.

Booze’s benefits not so clear

For quite some time now, moderate drinking — especially a nightly glass of red wine — has been considered a healthy habit that might help you live a little longer than people who don’t drink at all. The increased life span seen among light to moderate drinkers compared to teetotalers is mostly due to lower rates of heart disease and possibly stroke and diabetes.

“A small amount of alcohol lowers your risk for these conditions relative to nondrinking, but once you get into higher levels of drinking, your risk rises again,” says Dana Bryazka, a researcher at the University of Washington Institute for Health Metrics and Evaluation.

But does that daily glass of wine deserve all the credit for prolonging life, or is it something else about people who drink only in moderation?

Some theories about the supposed health benefits of wine suggest that it lowers levels of inflammation — an underlying factor behind numerous chronic diseases and cancers. But the results of studies that seek to prove the theory are mixed — which leads researchers to explore other possible reasons for the link between moderate drinking and better health.

“Low-risk drinkers tend to be socioeconomically better off [than nondrinkers or heavy drinkers], and, as a result, their health is going to be better, too,” Sheron says.

That’s right, wealth tends to lower your risk for chronic disease, obesity and high blood pressure. Wealthier people are less likely to smoke, and they tend to live longer. People with more money have better access to health care, too.

Moderate drinkers also tend to have more education than never-drinkers. And education, like wealth, seems to go hand in hand with better health. Studies show moderate drinkers exercise more, too.

Many of these factors could explain the lower risk for heart disease among moderate drinkers. It may not be the booze at all.

Many health risks start with the first sip

While theories about the supposed health benefits of moderate drinking have circulated for some time, more recent research turns those theories on their head. A 2018 study published in The Lancet and coauthored by Sheron finds that no level of alcohol consumption improves health.

The research shows that while a small amount of alcohol may reduce risk for heart disease and diabetes, it starts to raise risk for other diseases, especially cancer, from the first sip.

According to the 2016 ​​Global Burden of Diseases, Injuries, and Risk Factors Study, drinking was the seventh-leading risk factor worldwide for both death and disability. About a quarter of alcohol-related deaths are due to liver disease, a quarter to cancer, a quarter to high blood pressure, and a quarter to alcohol-related accidents and injuries. A 2017 study in BMJ called into question previously held beliefs that a little drinking might be good for your brain. Looking at the drinking habits and cognitive skills of 550 older adults over a 30-year period, researchers found that the more you drank over that time, the more brain mass you lost.

“There’s always been a story that moderate drinking, particularly red wine, might be good for you, but that’s become quite controversial and many people dispute it now,” says Anya Topiwala, a senior clinical researcher in the department of psychiatry at the University of Oxford and a coauthor of the 2017 study. “I want people to know that it’s a myth that drinking is good for brain health.”

The Global Council on Brain Health, an independent collaborative of scientists, health professionals, scholars and policy experts convened by AARP, reviewed the existing research and concluded that even small amounts of alcohol may hurt the brain.

While these studies stress that no level of drinking is risk-free, newer research suggests that you can drink safely in very small amounts, but it’s much less than you might think.

Researchers at the Institute for Health Metrics and Evaluation, including Bryazka, participated in the analysis of the 2020 Global Burden of Disease Study. They looked at drinking habits across genders and age groups around the world and their associations with 22 diseases and injuries, such as liver disease, breast cancer and car crashes. They wanted to find out how much a person could drink each day without raising their risk for these health problems and at what level of drinking their risk was statistically higher than that of nondrinkers.

The Centers for Disease Control and Prevention says women should not have more than one drink a day and men should stop at two. But the new study sets the bar much lower than that.

But first, what’s a drink?

One standard drink contains about 14 grams of pure alcohol. That’s 12 ounces of beer, 5 ounces of wine or 1.5 ounces of distilled spirits.

According to the new study by Bryazka and her colleagues, North American women over 50 should limit drinking to just a little over a half-drink per day to avoid health risks. Men can enjoy just under three-quarters of a drink a day. As you get older and continue to avoid alcohol-related health problems, you can drink a little bit more, but not much. For example, women ages 60 to 79 can safely have just under three-quarters of a drink a day. Men can bump it up to four-fifths of a drink at age 60 and almost an entire drink at age 70 — 90 percent of one. Once they hit 80, women can let loose with four-fifths of a drink and men can go ahead and fill their glass.

When older adults exceed these limits, the study found, their risk of losing years of their life to disease and disability begins to rise. With each additional drink per day, they put themselves at higher risk for lost years of life and function.

Time to switch to seltzer?

So what’s the bottom line? Should everyone just eliminate alcohol altogether?

Not necessarily, Sheron says. Deciding how much risk you’re willing to take may depend on your individual risk for certain diseases. If cancer is your concern, especially breast cancer, abstinence may be your best bet.

For others, the advice tends to be, if you are a heavy drinker, you should cut back. And if you don’t drink at all, there’s no good reason to start.

But there’s one benefit of alcohol the research doesn’t measure.

“The thing that’s never counted in any of these studies is the pleasure that people get from alcohol and the social interactions around it,” Sheron says. “If you want to drink small amounts of alcohol, that’s a perfectly reasonable decision.” 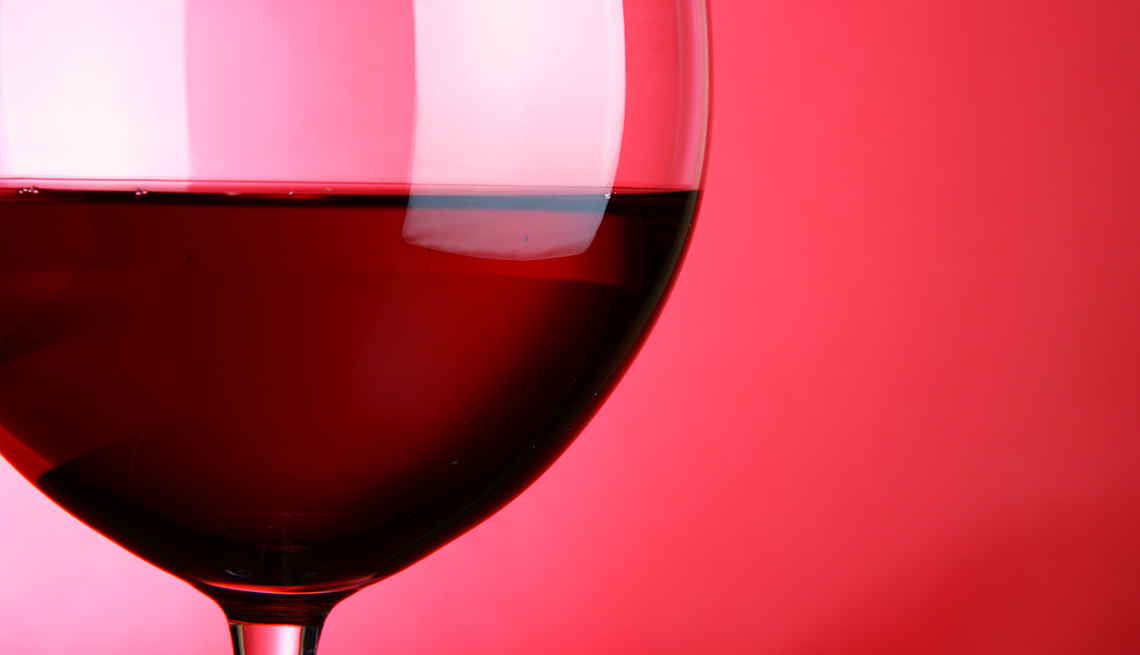 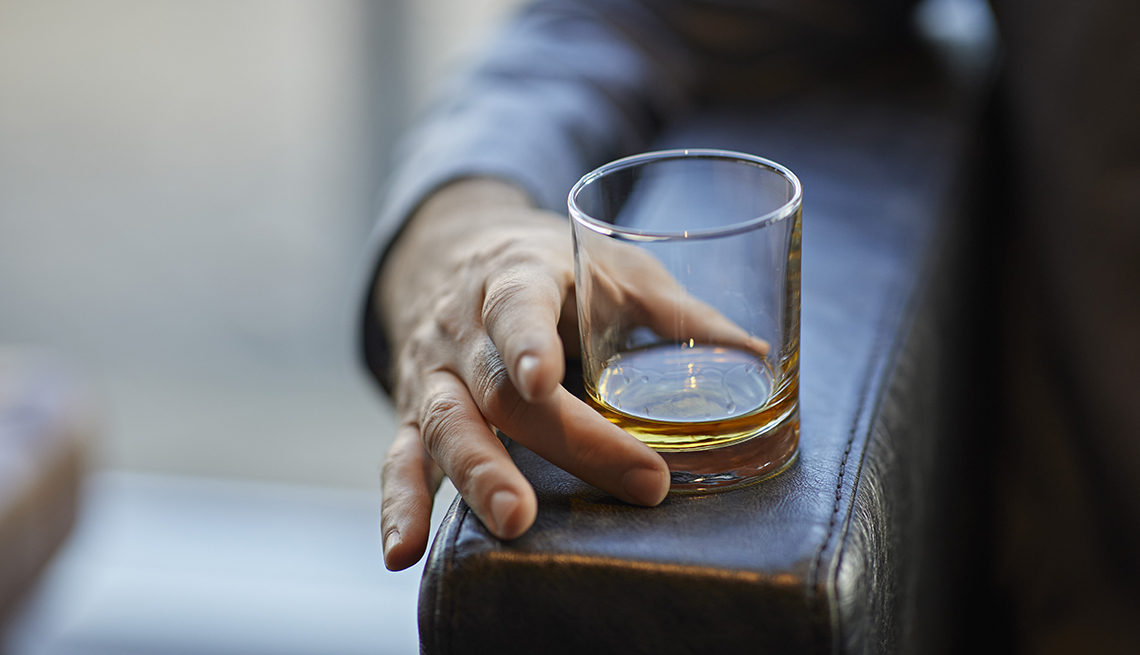 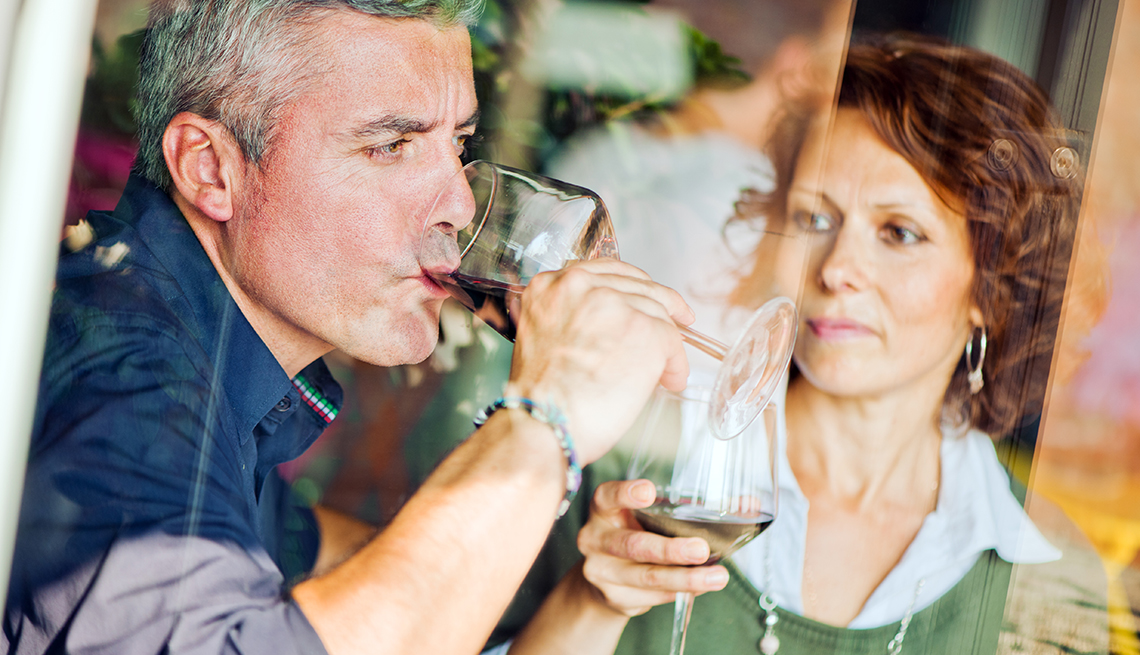