For starters, don't panic: The gap between doses can be up to six weeks 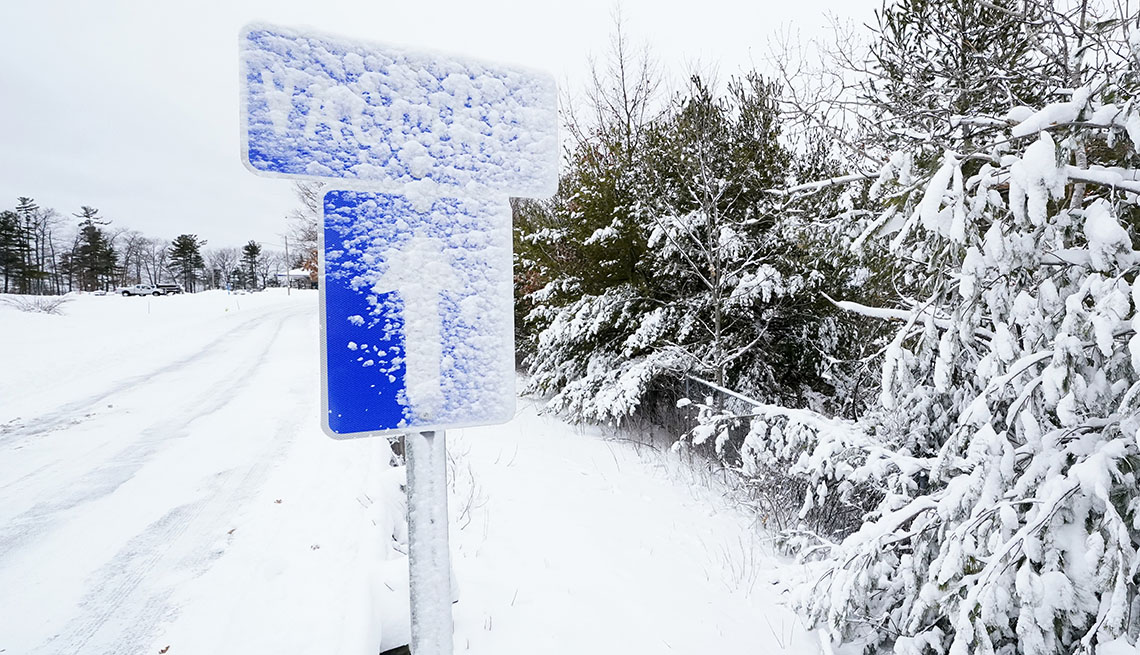 A snow covered sign directs drivers to a COVID-19 vaccine site, which was closed due to winter weather, at a park and ride lot in Londonderry, N.H.
Charles Krupa/Associated Press
By:
Michelle Crouch
AARP
En español
February 17, 2021

If your COVID-19 vaccine appointment was postponed or canceled because of winter storms — or, really, for any reason — experts say there is no need to panic.

Chances are you'll get a call from someone to reschedule your appointment. And if your second dose was delayed, it's important to know that the U.S. Centers for Disease Control and Prevention (CDC) allows some wiggle room in the time frame between your first and second doses.

Severe weather walloped the country from coast to coast this week, bringing heavy snowfall, ice and freezing temperatures, and the National Weather Service says another storm is developing. More than 100 million Americans were under winter storm warnings, winter storm watches or winter weather advisories as of Feb. 17.

The first wave of bad weather caused power outages and dangerous driving conditions that prompted the closure of vaccination clinics in many states, including Texas, Missouri and New Hampshire. Other states have reported a delay in delivery of their vaccines.

"It is my understanding that public health officials are committed to doing everything they can” to find those whose appointments were canceled so they can reschedule, said Fred Campbell, M.D., an internal medicine specialist at the University of Texas Health Science Center at San Antonio, where winter weather has shut down the city.

"We're ramping up supply, so I have every reason to believe there will be more than enough vaccine for everyone,” Campbell added.

CDC allows up to six weeks between doses

COVID-19 vaccines currently authorized in the U.S. call for two doses, spaced weeks apart, for recipients to achieve maximum immunity. The second dose of the Pfizer-BioNTech shot is supposed to be given 21 days after the first; for Moderna, the recommended interval between doses is 28 days. However, the CDC says it's OK for the second dose to be given up to six weeks after the first.

"You don't have to start over” if your second-dose appointment was canceled, said William Schaffner, M.D., an infectious diseases specialist at Vanderbilt University Medical Center in Nashville, Tennessee. “You can get your second dose even though it's a bit delayed.”

Health officials in many states have announced they plan to call those whose appointments have been canceled to reschedule. If you don't get a call once your community is back to normal, Schaffner recommends being proactive.

"It's your responsibility to go in and get your second dose,” he said. “We have a saying, ‘A dose deferred is often a dose never received.’ People forget, they intend to do it and then they don't get around to it.”

It's important to get your second dose because you won't be fully protected with just one. Though the current vaccines are 95 percent effective, limited clinical data shows that one dose may be just 50 percent effective. It's also not clear how long your protection would last with just one dose, Schaffner said.