The Echo of Polio Could Affect Hundreds of Thousands of Americans

Survivors are at risk for post-polio syndrome, and doctors may not recognize the symptoms 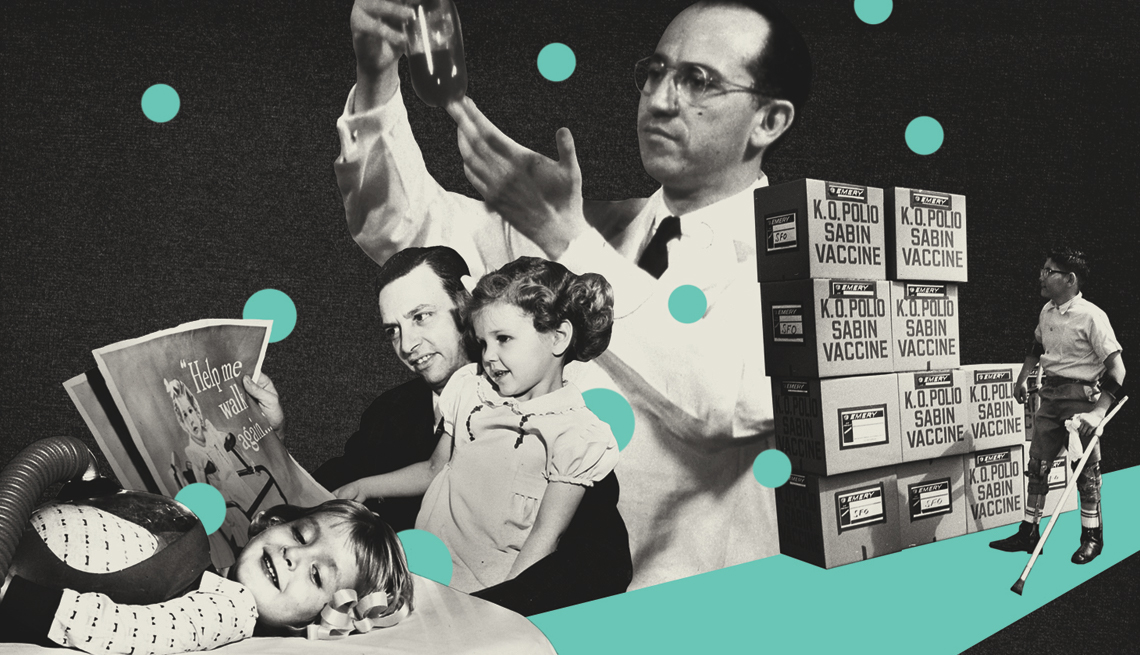 If you were a child in the 1950s, polio was the most terrifying disease in the world. It struck erratically. You could be crippled. You could die. You just … got it. And I did.

My case was mild, striking only the muscles in my left leg. And in the ensuing months, my leg began responding again to my brain's commands; like a lot of polio patients, my nervous system rewired itself, making new connections to help overcome the damage. I relearned how to ride a bike, how to jump rope and play hopscotch without falling over. But polio wasn't through with me — or with millions of others. It had another trick up its sleeve.

Post-polio syndrome (PPS), the name for neurological disorders that occur decades later in people who once had polio, is associated with a wide variety of symptoms, many of which are similar to those of childhood polio — weakness, fatigue, muscle pain. Different combinations of symptoms and levels of severity make a PPS diagnosis even more challenging.

Post-polio syndrome can show up in any number of ways:

In a 2006 report, Post-Polio Health International projected there would be 230,000 polio survivors in the U.S. by 2021. Researchers estimate that between 40 percent and 50 percent could develop PPS, meaning around 100,000 older Americans may experience this secondary illness.

Yet no doctor has ever mentioned PPS to me. Marny Eulberg, M.D., director of the Mountain and Plains Post-Polio Clinic in Wheat Ridge, Colorado, says that's not unusual: “Most medical professionals now in practice have little or no training and experience with persons who have had polio, thanks to the effectiveness of the vaccine.”

What causes PPS? Most experts believe it results from the degeneration of motor nerve cells that “sprouted” new connections or made repairs to compensate for those damaged by the polio virus, explains Rahul Gupta, M.D., chief medical and health officer of the March of Dimes.

"These new connections can wear out prematurely as a person ages, for a variety of reasons,” Gupta says.

The symptoms and severity of PPS are unique to each individual polio survivor, based on the extent of nerve damage sustained, as well as the person's health and physical fitness.

"Maintaining a healthy lifestyle, weight and diet, and exercising regularly help keep nerves and muscles healthy — factors that can minimize symptom impact,” Gupta says. If you are a polio survivor, he recommends you have an annual checkup, supplemented with additional appointments if you notice the onset of, or an increase in, any of the listed symptoms.

There is no definitive test to identify PPS, and no specific treatments have been identified to stop or reverse motor nerve cell deterioration. But if PPS is identified, a physician can lay out rehabilitation strategies, which might include physical therapy, as well as orthotic devices such as braces or an assistive device like a walker.