Can COVID-19 Cause You to Lose Your Hair?

The surprising connection between the coronavirus and hair loss explained 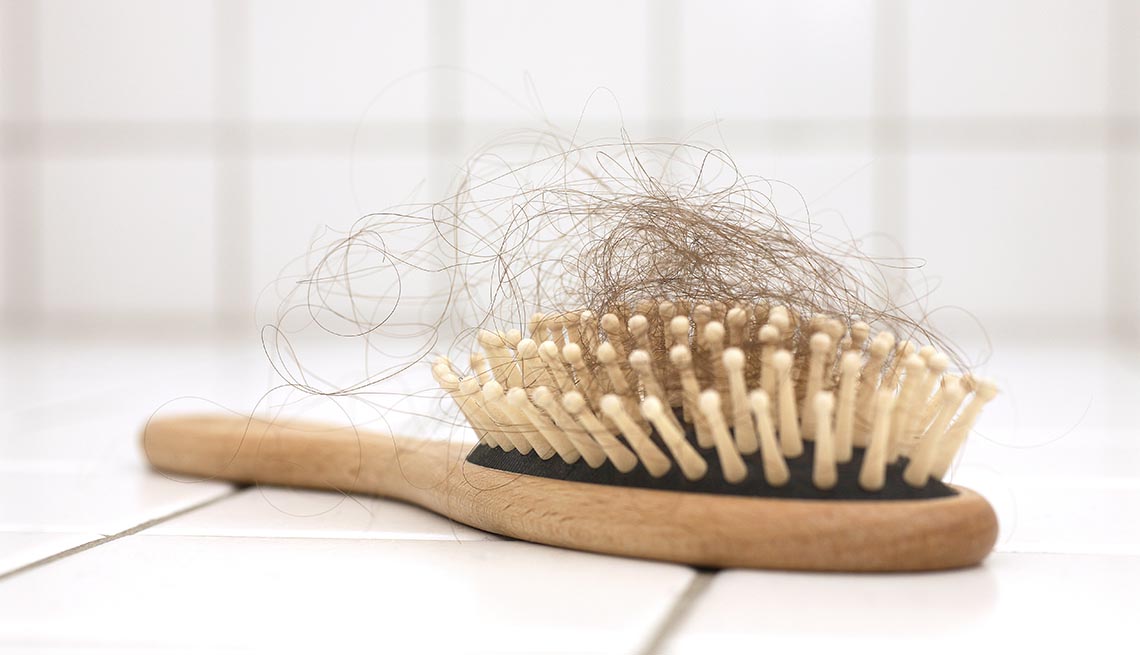 About three months after she recovered from COVID-19, Beckie Bean-Cummings’ hair started falling out in clumps.

"It's crazy,” said Bean-Cummings, 61, of Galesburg, Illinois. “I'll be in the shower and it comes out by the handful. I've probably lost about 30 percent of my hair since the middle of December.”

Hair loss, it turns out, is yet another consequence of coronavirus infection — one that typically shows up two to four months later.

Among members of Survivor Corps, an online support group for COVID-19 survivors, about a third (32 percent) say they've had hair loss, said Natalie Lambert, an associate research professor in biostatistics at the Indiana University School of Medicine in Indianapolis who conducts surveys of the group. A study published in The Lancet found that more than 1 in 5 hospitalized COVID-19 patients (22 percent) were still losing hair six months after discharge.

Hair loss after COVID-19 probably isn't caused by the virus attacking hair follicles, doctors say. Instead, they think it's most likely a reaction to the physiological and emotional stress brought on by the disease.

"Anytime you have a shock to your system, it can shunt the hair into a shedding phase,” said Shoshana Marmon, M.D., clinical assistant professor of dermatology and director of clinical research in the Department of Dermatology at New York Medical College.

The technical name for the condition is telogen effluvium. It usually resolves on its own about six to nine months after it starts, Marmon said.

Lauren Ploch, M.D., a board-certified dermatologist in Augusta, Georgia, and Aiken, South Carolina, said hair loss is common in patients after other stressful events such as major surgery and childbirth. As with COVID, it usually shows up a few months after the inciting event.

"The reason this happens is that our bodies, when under stress, devote resources to functions that are physiologically more important,” Ploch said. “Your body is focused on healing and repairing itself, and not focused on hair growth.”

In the most severe cases, patients lose as much as a third of their hair, Ploch said.

Dermatologists are tracking COVID-19 survivors who continue to have symptoms, called long-haulers, to find out for sure if what they are experiencing is telogen effluvium or something related to ongoing illness or inflammation.

Lambert said some Survivor Corps members report that their hair loss resolved on its own, while others required treatment.

Stress can cause uninfected to lose hair

Marmon said she and other dermatologists across the country have seen an overall uptick in patients with hair loss since the pandemic began, including some who were never infected by the coronavirus.

"Here's the thing about telogen effluvium: You don't have to be infected to get it,” Marmon said. An emotional event such as a death in the family or the loss of a job can also prompt the condition.

Marmon coauthored a December report in the Journal of the American Academy of Dermatology that found a 400 percent uptick in telogen effluvium in the dermatology clinics at two New York City hospitals between March 1 and Aug. 31, compared to a similar period before the pandemic.

The report found that people of color were the hardest hit, particularly the Hispanic community. That's in line with the disproportionately high mortality rate from COVID-19 in that community, Marmon said.

Should you see a doctor?

If you're losing hair, Marmon's first advice to patients is not to stress. If it's telogen effluvium, your hair should start growing back on its own.

To help it along, make self-care a priority, Ploch advises. Eat a balanced diet with plenty of nutrients, rest, take a daily multivitamin and exercise regularly, but in moderation.

Make an appointment to see a dermatologist if the problem lasts longer than six months, she said. You should also see a doctor if your hair loss is accompanied by a rash, flaking or itching, which could indicate a different problem.

The reason this happens is that our bodies, when under stress, devote resources to functions that are physiologically more important. Your body is focused on healing and repairing itself and not focused on hair growth.

In rare cases, patients can develop chronic telogen effluvium, which lasts more than six months. If that's the case, a dermatologist might prescribe a medication such as minoxidil or platelet-rich plasma (PRP) scalp injections.

Bean-Cummings said she's trying to be patient as she waits for her hair to come back.

She did buy some Nioxin shampoo, which she heard can help with thinning hair. She takes her vitamins every day. And she commiserates with other COVID-19 survivors online. She said it's nice to know she's not alone.

"At least I'm at home and retired,” she said. “Fortunately, I have nowhere I have to be.”

Michelle Crouch is a contributing writer who has covered health and personal finance for some of the nation's top consumer publications. Her work has appeared in Reader's Digest, Real Simple, Prevention, The Washington Post and The New York Times .

Unusual Symptoms of COVID-19 You Need to Know

From nose to toes, doctors continue to discover uncommon signs of coronavirus infection

When Coronavirus Symptoms Refuse to Go Away

In some patients, the effects of COVID-19 linger long after the infection fades