The state was the first to offer shots to everyone 65 and older. Now other states are following suit 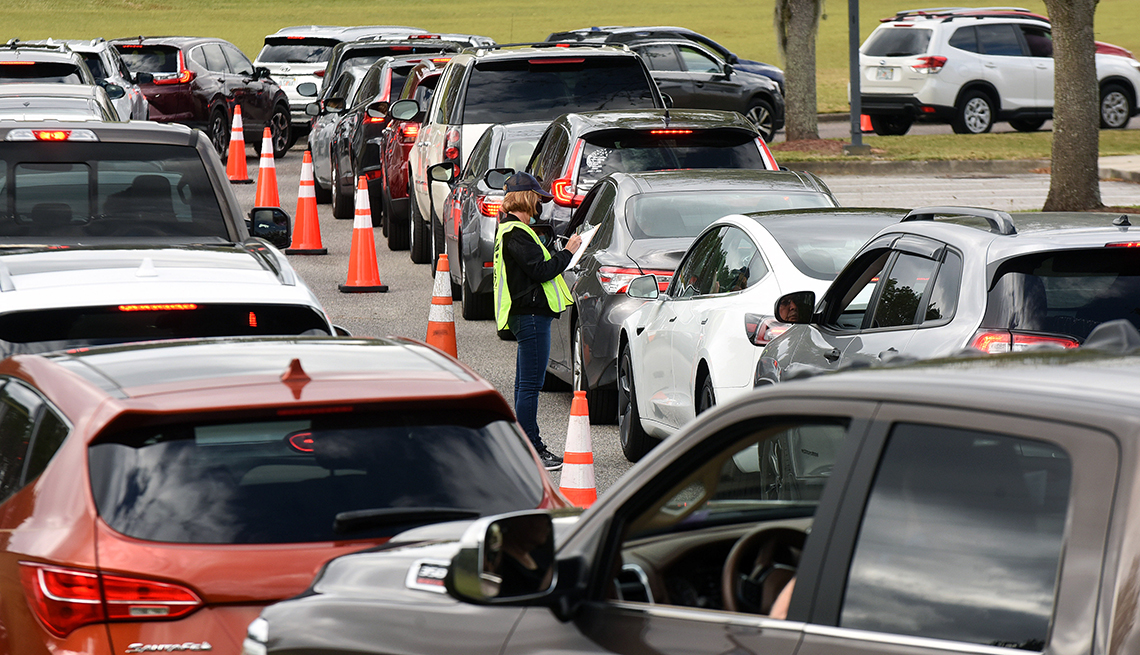 When Neil Rosenberg, 76, heard that COVID-19 vaccines would be available to everyone 65 and older in Florida, he pulled into high gear trying to get a vaccination appointment. He called his county public health department and searched for information online but was met with busy signals and crashing county public health websites. “I cried in frustration,” he said.

He learned from the news on TV that shots were being offered through the county health department at Vista View Park in Davie, not too far from Kings Point, the Broward County retirement community where he lives with his wife, Susan.

Kings Point managed to get vaccines on the community campus earlier than his appointment at Vista View Park, so he signed up for one.

"I tried and tried to get through to the other site to cancel but couldn't,” Rosenberg says. “I'm sure the dose didn't go to waste, but I feel guilty."

These days Rosenberg is helping friends and family who are having trouble navigating the vaccination process in Florida, the first state to offer COVID-19 vaccines to adults age 65-plus. Governor Ron DeSantis bucked federal recommendations to limit the vaccination to those 75 and older, after nursing home residents and staff and frontline health care workers. Today more states are following Florida's lead. The federal government this week urged states everywhere to open vaccines to those 65 and older.

So, Rosenberg's advice now applies to Americans beyond Florida. “You can't wait until it's in the paper or on the news,” he says. “If you do, all the doses will be gone."

Florida's vaccine rollout has been chaotic. The governor and county officials have blamed each other for the failures that included national news of wealthy out-of-staters, known as COVID tourists, allegedly getting shots at nursing homes or elsewhere, skipping ahead of residents.

Florida has received nearly 2 million doses of vaccine but has administered less than half, about 775,000 so far, according to the Centers for Disease Control and Prevention. Among all states, Florida ranks 23rd in the percentage of vaccines administered.

Pictures of long lines of Florida older adults on scooters, or in wheelchairs, walkers or folding chairs, waiting for hours in the unaccustomed chilly winter air, have surfaced in the national news in recent weeks. And even as more vaccines are available and more vaccination sites open up, getting an appointment is still difficult.

"People don't know where to go for information,” says Jeff Johnson, Florida AARP state director. “People don't know what the plan is, where to sign up or when they might be able to get this vaccine. Without that clarity, people get angry and frustrated."

The Hunger Games for seniors

Weeks after DeSantis signed an executive order, Florida is still one of a handful of states that allow anyone 65 and up to get the vaccine. Snowbirds are welcome — residency is not required. Anyone in this age group can get vaccinated in any of the state's 67 counties.

But with nearly 4.5 million residents age 65-plus, many older Floridians find themselves constantly trolling websites of nearby counties for vaccine availability. Then they call, often using multiple phones. It sounds like the Hunger Games for seniors.

Rosenberg told a 74-year-old friend, Paul, a Sarasota man who asked to be identified by his middle name only. Paul had been searching five counties when Rosenberg told him about the Vista View Park appointments. Paul got his appointment quickly, though almost canceled it when he wasn't able to get an appointment for his 70-year-old spouse.

"I felt deflated,” Paul says about getting himself vaccinated. “I wasn't going to go if she couldn't get one, too, but she said I had to.”

The two packed a cooler with turkey sandwiches, cheese and crackers before heading out on a 400-mile round trip vaccine vacation, planning to make as few stops as possible and to not spend the night on the road. They didn't take much to drink, he says.

Once they arrived, Paul explained his spouse's problem and the technician had her fill out the paperwork and gave her a shot as well.

The state also gave vaccines to certain hospitals across the state, which emailed patients registration directions, following up when appointments became available. DeSantis announced this week that some churches and some Publix grocery-chain pharmacies would begin offering the vaccines, while more counties have set up vaccination clinics in retirement communities.

Dan Brady, 73, a retired health care executive in Miami, called or visited seven sites constantly: “I speed-dialed one 63 times and never got in."

There are more than 450,000 people 65 and older in Miami–Dade County. “You really have to be fairly motivated if you want to do it,” says Brady, who eventually got an appointment. “You have to be vigilant and have a good internet connection."

The limited number of doses has fed the chaos.

"It's like playing in a contest where you have to be the 95th caller to get the prize, and this adds to all the anxiety that is appropriate for a global pandemic,” Johnson says. “But this is like playing the lottery to get a lifesaving shot." 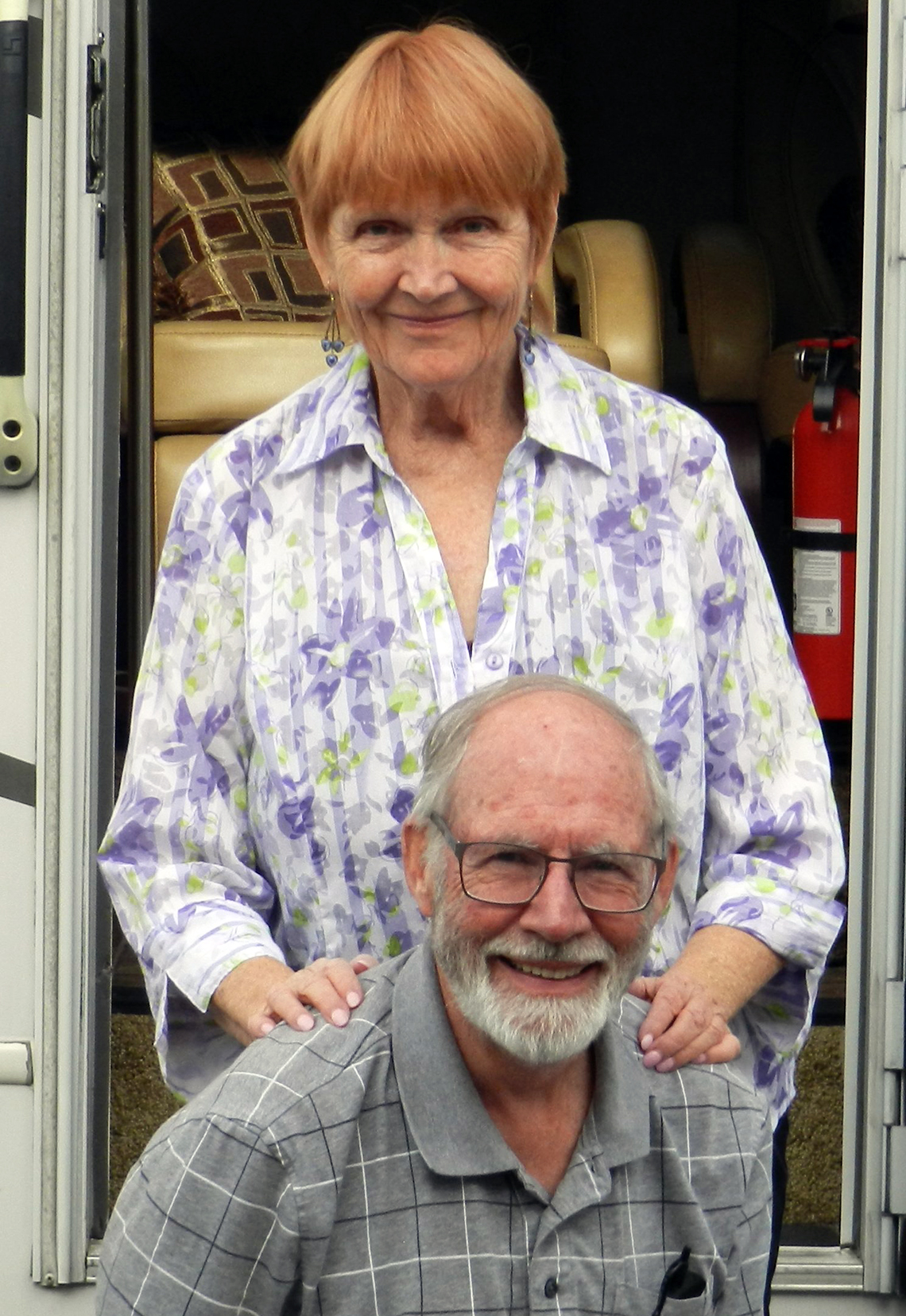 Gloria Huffman, 72, says she and her husband, Dennis, 80, had no problem getting their shots. She credits early, persistent efforts of their retirement-community managers at Cherry Laurel, in Tallahassee.

"They started working on this months ago, and we were the first facility in Leon County to get the vaccinations,” she says. “They rented tour buses and got nurses on with us and drove to the health department. Some drove their cars. We'd already filled out the paperwork, and it was very efficient."

Solivita, a community of 9,200 in Polk County, has been working on getting a drive-through clinic, so far without success. Meanwhile, scores of residents are searching on their own.

Solivita resident Donna McIlwain, 77, says she and her husband failed to visit the county site when appointments were available but got an email alert from the development's managers, tipping her off to Orlando appointments, about an hour's drive away. The couple, using separate computers, went on at the same time. They scored after more than nine hours of work.

"I wanted to go at the same time as my husband, and he got online on his computer and made an appointment,” she says, adding that he was working separately. Miraculously, they got appointments just an hour apart.

Nearly half want the shots as soon as possible, poll shows