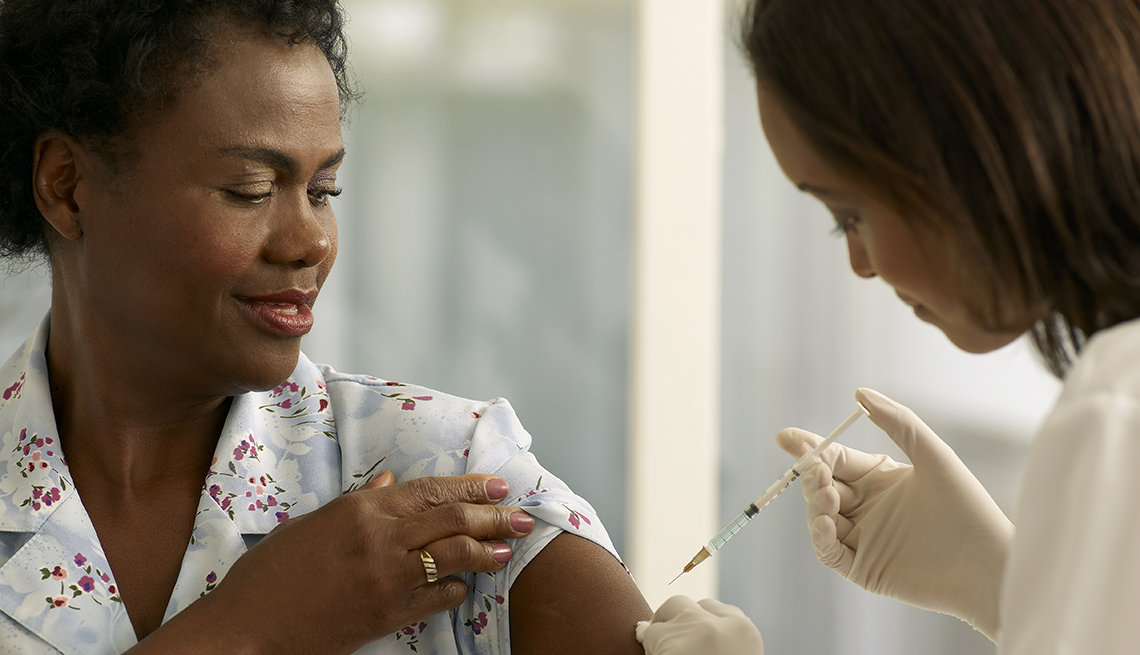 En español | Preliminary research from the Centers for Disease Control and Prevention (CDC) has found the shingles vaccine may lower the risk of stroke for some adults, particularly those ages 66 to 79.

"Our study results may encourage people ages 50 and older to follow the recommendation and get vaccinated against shingles. You are reducing the risk of shingles, and at the same time you may be reducing your risk of stroke,” study lead author Quanhe Yang, a senior scientist at the CDC in Atlanta, said in a statement.

Shingles is a viral infection caused by the chickenpox virus, which lies dormant in almost every American adult age 40 or older. “One in 3 people who have had chickenpox develop shingles in their lifetime,” said Yang. It typically surfaces after age 50, and symptoms include painful skin blisters. The disease has been previously linked to an increased risk of stroke, according to Yang and the American Heart Association (AHA).

"The reason for increased risk of stroke after a shingles infection may be due to inflammation caused by the virus,” Yang said.

"But this is the first time in a very large Medicare database that it was shown that those who got the vaccine had a lower risk of stroke.”

For the study, Yang and his colleagues reviewed Medicare health records of more than a million Medicare fee-for-service beneficiaries age 66 or older who had no history of stroke and who were vaccinated with the zoster vaccine live between 2008 and 2014, and followed them for an average of almost four years. That group was matched with an equal number of Medicare fee-for-service beneficiaries who did not receive the shingles vaccine, with the same four-year follow-up.

"It is very intriguing. We know that more than 99 percent of people, age 40 or older, carry the chickenpox virus. We know that the vaccine is very effective in reducing shingles, which can be very disabling, and we know that things like shingles can increase inflammation, and increase the risk of stroke. But this is the first time in a very large Medicare database that it was shown that those who got the vaccine had a lower risk of stroke,” neurologist Ralph L. Sacco, incoming editor-in-chief of the AHA journal Stroke, said in a Skype statement.

The preliminary research is being presented this week at the American Stroke Association's International Stroke Conference in Los Angeles. The researchers say that more studies are needed to confirm the link between zoster vaccine live and stroke. They also note that since they began their study a new shingles vaccine — adjuvanted, non-live recombinant shingles vaccine — became available in 2017. Further research is needed to determine any association between the latest vaccine and stroke. The new vaccine is more than 90 percent effective at preventing shingles and is recommended for adults age 50 and older by the CDC Advisory Committee on Immunization Practices.