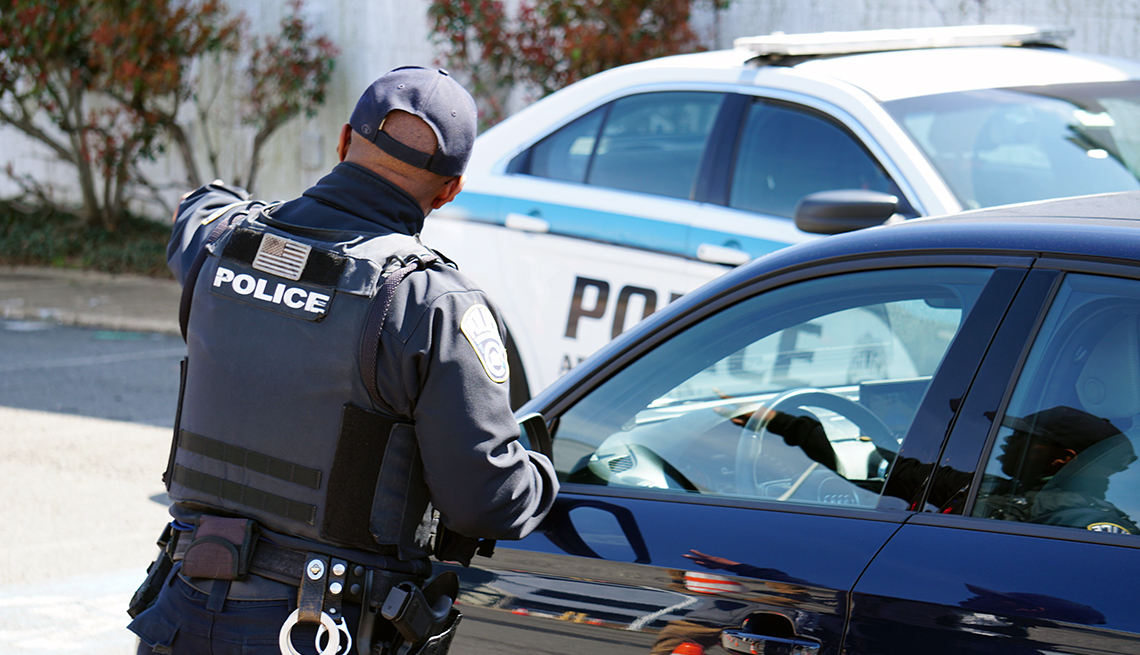 En español | ARLINGTON, Virginia — A drive-through site where people had their throats swabbed and samples taken for COVID-19 testing has opened for business outside the nation's capital.

About 60 samples were collected Wednesday over six hours on the first day of operations in Arlington County, Virginia. It's expected to take five to seven business days for results from outlying labs conducting the testing, officials said.

The drive-through site is open only to county residents and specified others, amid a push to erect such facilities from coast to coast. The goal of drive-through coronavirus collection sites is to keep potentially infected people away from emergency rooms and doctors’ offices, where infection could be spread to patients and health care workers.

"The entire process takes about 10 minutes, start to finish,” said Melody Dickerson, chief nursing officer at Virginia Hospital Center, which is collecting the samples amid strict security protocols. The testing site is about a mile and a half from the hospital to prevent exposure within the facility.

The collection of a specimen is similar to what occurs when you're checked for strep throat. Symptomatic patients are being tested, based on symptoms including fevers, chills, cough or shortness of breath. Lacking these conditions, you should not expect to be tested even if you have had “close contact with a known COVID patient,” according to the hospital.

What you need in order to get tested for COVID-19:

The opening day's results exceeded expectations. “Today we were able to successfully collect specimens from about 60 Arlington County residents,” she said, noting 22 appointments already have been made for then next day.

In addition to county residents, the others eligible to have their throats swabbed for COVID-19 at the site are patients of Virginia Hospital Center, Arlington County employees and Arlington Public Schools employees, the hospital said.

Dickerson, who hails from North Carolina, told reporters that she, like others, watched TV and saw the outbreak unfold around the world — worried for her safety, her family's and that of her nurses. She oversees about 1,100 nurses in the 394-bed hospital.

If you test positive

People who test positive, she said, should isolate themselves in a room, drink fluids, watch their fever and take care of themselves. But they should avoid seeking emergency medical treatment unless it is warranted — for example, for shortness of breath. (For more, see the CDC's guidance on what to do if you are sick.)

Speaking as a nurse, she said, she was “just really proud” of her team for being able to provide a service to the community. And she thanked Arlington County, its police force and hospital personnel, saying efficiencies were learned on day one and adaptations are being and will continue to be made.

People who took the test were not identified. Dickerson even declined to say whether her hospital had treated COVID-19 patients. The press was restricted to the perimeter of the drive-through site.

As of Thursday, Arlington County had surpassed all other counties in the state for COVID-19 cases, with 17. Virginia's most populous county, Fairfax County, home to 1.14 million people, had the second largest number of cases, with 16.

Arlington County is the state's 10th largest county, with about 232,000 residents. Located across the Potomac River from the District of Columbia, the county is home to the Pentagon, attacked on 9/11. And there was chitchat about those attacks among the media Wednesday as they braced for what may come next in the pandemic.

According to the Virginia Department of Health, 1,923 people in the state had been tested as of Thursday and coronavirus was confirmed in 94 cases. Two people in Virginia have died as a result of contracting the respiratory pathogen, and there have been 19 hospitalizations, the agency said.

Taking in the scene at Arlington's drive-through site was Bill Barron, 61, a subcontractor for the county working nearby and supervising a crew of fiber-optic cable installers. He lives in Manassas, Virginia.

Asked how he regarded the drive-through facility, he replied: “Interesting, to say the least.” He said he'd be tested only if he felt sick, but does not.

So far the pandemic has caused his girlfriend to lose her job bartending at an American Legion Post. And he worries a bit that if contracts dry up, he could be out of work one day.

Talking about the global outbreak, he remarked: “I'm like everybody else, I'm concerned—but I'm more irritated at the hoarders at the stores."