Chronic Anxiety Is Troubling but Treatable

The worrying never ends with this common disorder 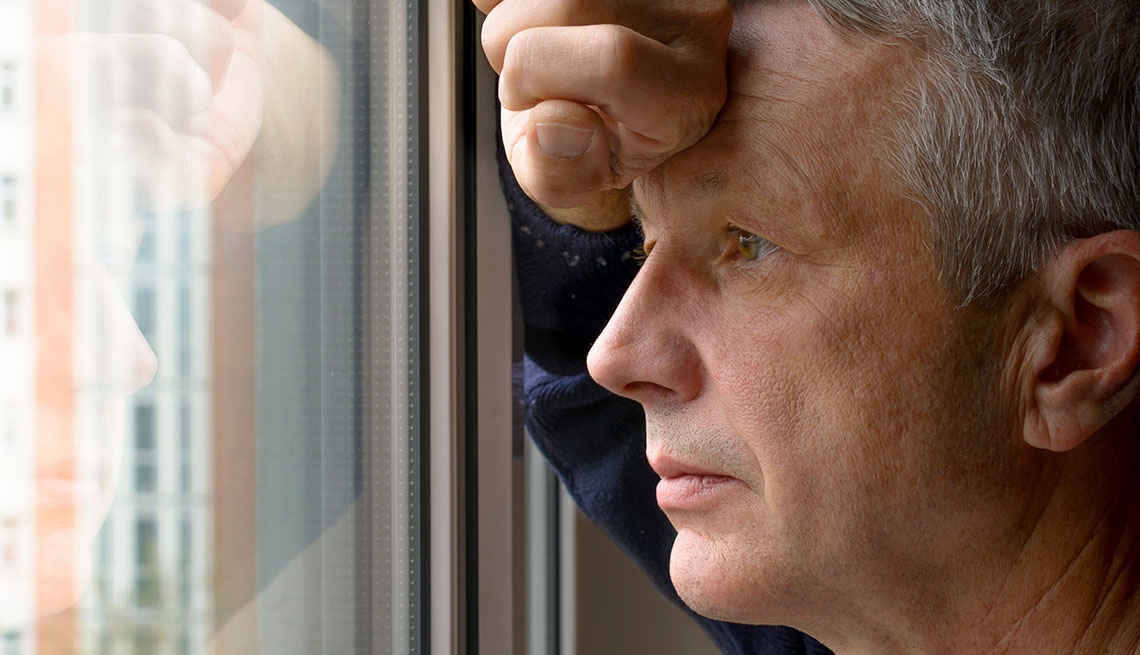 Nearly everyone is a little anxious — or even very anxious — sometimes. And that periodic feeling of worry or dread can be protective. Feeling nervous about whether you'll give a good presentation, for example, can keep you alert and maybe help you ace it.

Among older Americans, the most prevalent anxiety disorder is generalized anxiety, a condition characterized by a pervasive sense of worry about a wide range of things, according to the ADAA.

"This makes sense when you consider that many older adults struggle with loss, isolation, medical and physical limitations, and financial stress,” says Stephen Ferrando, M.D., director of psychiatry at Westchester Medical Center in Valhalla, N.Y.

Phobias are also more common among older adults, Ferrando notes, particularly agoraphobia, which is the fear of going out or being in crowds.

Sometimes a disorder that was previously diagnosed gets worse with age; in other cases an adult develops a new condition later in life.

The difference between stress and anxiety

"I think of anxiety as a very internal feeling,” says Ashley Zucker, M.D., director of psychiatry at Kaiser Permanente in Fontana, Calif.  “And it's usually in anticipation of a future threat — you're worried about something that might happen.”

Anxiety rises above what you would consider a normal response to a fear and often continues after the possible threat or incident has gone away. “The person continues to worry about something that already occurred,” Zucker says. “ ‘Did I make a mistake?’ ‘Did I say the wrong thing?’ The brain can't let it go.”

Stress, on the other hand, is a response to an external event, say, a deadline at work or an argument with a spouse. “Once it's passed, it goes away,” Zucker says. “It doesn't have that lingering effect that anxiety does.” Stress also tends to be less debilitating.

Why it's a problem

Chronic anxiety can prevent you from meeting your daily responsibilities, at work, at home or socially. “It gets in the way of getting along with other people, both meeting new people and maintaining existing relationships,” says Jane Timmons-Mitchell, associate clinical professor of psychiatry at the Case Western Reserve University School of Medicine.

The physical effects can be wide-ranging, as well. “Anxiety can impact physical health in almost any way you can imagine,” Zucker says. “It's very, very powerful.” It can contribute to sleeplessness, gastrointestinal difficulties, breathing problems, back pain and cardiovascular disease.

Anxiety disorders are highly treatable, but only 37 percent of people receive the care they need, according to the ADAA. If you sense that your anxiety is interfering with your daily life, it's important to get professional help, rather than try to struggle through it on your own. Experts recommend the following strategies.

Seek out an expert

“Start with your primary care physician,” Zucker advises. “Most people have a relationship with theirs, so that's the most comfortable person to go to. And that person is usually well equipped to know what resources are available within your local community.” Your doctor can provide a referral to a psychologist, psychiatrist, psychiatric nurse or social worker, Timmons-Mitchell says.

This is usually the first-line treatment for someone with anxiety. Several types of therapy can be used, but the most common is cognitive behavioral therapy (CBT), Zucker says. “It teaches you how to manage what's here — not get rid of it or ignore it but help yourself work through it.”

As for the opinion that therapy can't help older people, forget it. “It's a myth,” Ferrando says. “When you look at therapy interventions for older adults, you see response rates that are comparable to younger adults."

Be informed about medication

“Some antianxiety drugs can be addiction forming and can also impair cognitive functioning,” Ferrando cautions. “They can be effective, but you have a lot more concerns about tolerability in older adults.” An alternative: antidepressants. “They've been proven effective across the spectrum of anxiety disorders and are much better tolerated by most people,” he says. “They also help treat the depression component if depression is there.” (Nearly half of people diagnosed with depression are also diagnosed with an anxiety disorder, according to the ADAA.) Zucker and many other experts don't prescribe drugs without therapy. “The two go hand in hand,” she says.

“Anything you can do to combat social isolation is huge,” Ferrando says. Get together with family and friends as much as you can. Join a club or activity in your community. Engage in volunteer work. Some insurance plans also cover in-home mental health services.

Physical activity has been shown to ease anxiety. If you work out with other people, it can help alleviate isolation, too.

“Pets can be extremely calming,” Ferrando observes. “In fact, they can be lifesaving.” If you don't have a pet, ask your doctor about places in your community where you may be able to visit one or programs that may bring an animal to you.

“You can do a great exercise in less than a minute that can help you in a moment of significant anxiety,” Zucker says. Set a timer for one minute. Sit in a chair, with your feet on the floor. Take 10 deep breaths while focusing on your breathing. Feel your feet on the floor, your body in the chair, your back against the chair. When random thoughts pop into your head, recognize that you have the thought but go back to feeling yourself in the chair. “This re-centers and calms you,” she says.