Rising Air Pollution May Be Hurting Your Health 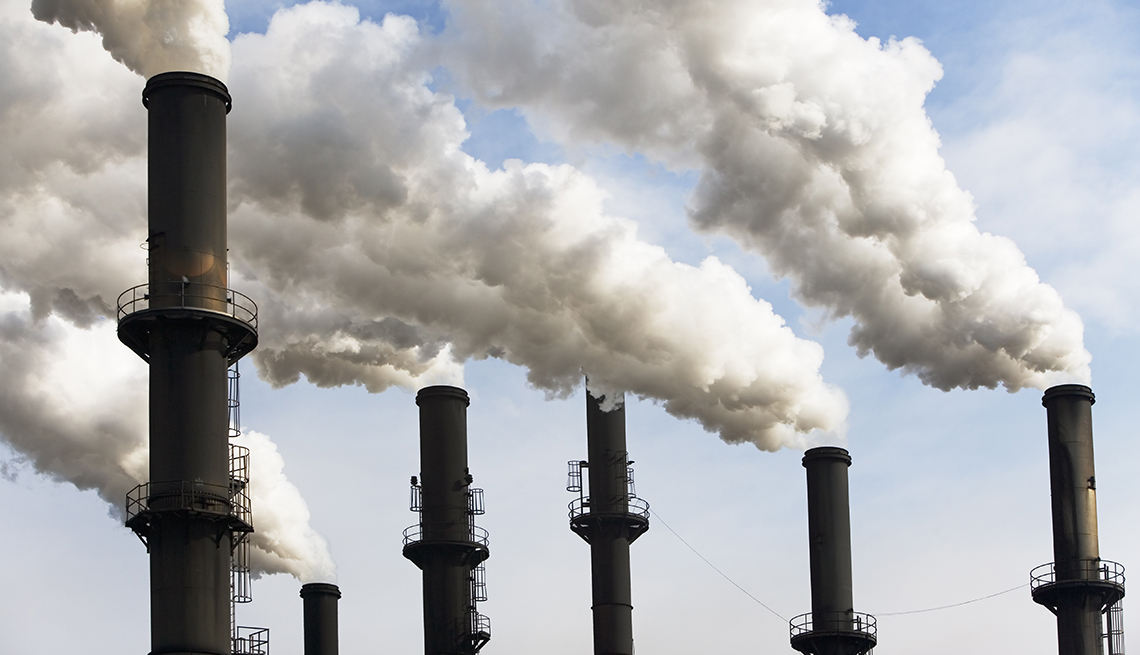 If air pollution has become a political issue, a new study shows it is increasingly becoming a health hot button, too, especially for older Americans. It's shaving weeks to years off their life expectancy and causing serious lung and other conditions.

According to a new analysis of Environmental Protection Agency (EPA) data, air quality declined by 5.5 percent on average nationwide from 2016 to 2018 after almost a decade of improvement.

The villain behind these new findings is the rise in microscopic particulate matter, known as PM2.5, from car emissions, trucking, soot, smoke from wildfires, volatile compounds from factories, diesel generators and the burning of natural gases, said Karen Clay, a professor of economics and public policy at Carnegie Mellon University in Pittsburgh.

"The increase in PM2.5 is important because of its health impact,” said Clay, lead author of the study published by the National Bureau of Economic Research. She and her colleagues monitored 653 counties across the U.S. from 2009 to 2018.

They found that the increase in air pollution was associated with 9,700 additional premature deaths of adults over age 30 from 2016 to 2018 and about 18,000 years of life lost among the elderly nationally. They attributed about 1,400 of the deaths in California to pollution stemming from the fires there in November 2018. In no way are the effects of air pollution so small as to be typically “killing people a day or two before they would have died anyway,” Clay noted.

When microscopic particles from pollution are inhaled, they penetrate the deepest part of the lungs, which can create a cascade of reactions and inflammation, said pulmonologist Zab Mosenifar, medical director of the Women's Guild Lung Institute at Cedars-Sinai Medical Center in Los Angeles.

The reactions then “take on a life of their own,” Mosenifar said. A healthy person may have a minor reaction, or the inhaled particles can create progressive scarring, or fibrosis, of lung tissue, causing shortness of breath, fatigue and a chronic cough in vulnerable adults with emphysema or other respiratory illnesses.

Air pollution has also been associated with a range of other health risks beyond lung disease, including heart disease, dementia, osteoporosis, and even urinary and bladder cancer.

Although experts say they expect to see more chronic obstructive pulmonary disease (COPD), more cardiovascular disease and still lower survival rates of older people if air pollution continues to increase, there are things you can do to protect yourself.