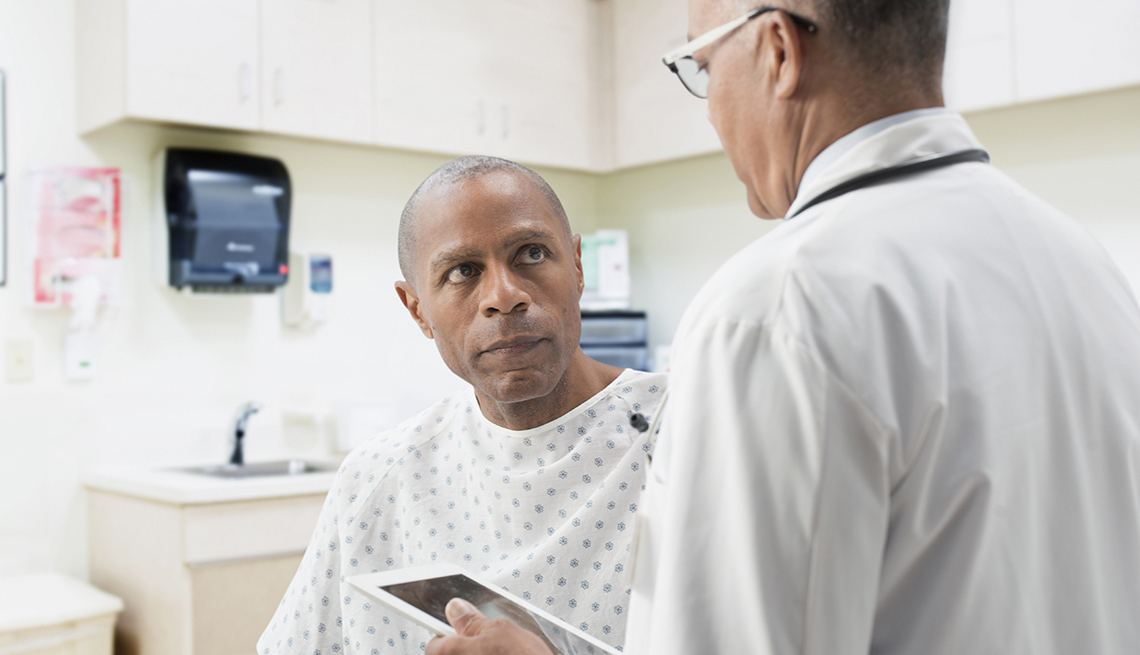 When it comes to prostate cancer, surgical treatments have always been a two-edged sword: They can eliminate the threat of a deadly tumor, but they may also leave a man with life-altering side effects such as incontinence and sexual dysfunction. And surgery is sometimes not necessary because more patients die with the slow-moving cancer than of it.

Now, however, a new double-blind study suggests an updated way of thinking about prostate cancer treatment. The study published in The New England Journal of Medicine shows that for 695 Scandanavian men diagnosed with prostate cancer between 1989 and 1999, those assigned to a surgical procedure known as a radical prostatectomy lived almost three years longer than the half who didn’t have surgery immediately, but whose cancer was monitored according to the methods available at the time. That means initial surgery reduced the risk of death by about 45 percent over the “watchful waiting” monitoring that was the practice at the time.

But the results don’t make as clear an argument for surgery as it might seem. The long time span needed to track mortality means the treatments received and the results they achieved reflect a very different period of cancer care. Improvements in cancer detection and risk calculation since 1999 — through things like early PSA tests or what’s known as Gleason scores — make the study's results unlikely to change current practice, says Behfar Ehdaie, a surgeon at Memorial Sloan Kettering Cancer Center in New York City who specializes in prostate and other urologic cancers.

While the study shows “that [surgical] treatment for some prostate cancer has benefit, the wrong conclusion is that men don’t benefit from observation for cancer,” Ehdaie says, adding that the type of “observation done in this study is not consistent with the active surveillance we do currently.”

Active surveillance today, he says, involves monitoring cancer much more closely than in the “watchful waiting” days, when tumors were often detected by physical exams — meaning they would likely be much farther along by the time a doctor could feel the resulting mass. The goal of surveillance isn’t to do nothing but rather, to intervene with surgery or radiation when there are changes in cancer “within the window of cure.” The overall intent, Ehdaie says, is to cure men while delaying the side effects associated with radical treatments — something you can’t necessarily achieve with immediate surgery.

Prostate cancer surveillance today also gives doctors a much more personalized view of cancer risk. Compared to 30 or 40 years ago, Ehdaie says, “things like better imaging and biopsy techniques, as well as newer PSA and digital rectal examination enable us to accurately detect low-risk cancer and high-risk cancer, therefore allowing us to accurately stratify risk and appropriately select treatment for those men.”

What is gone and done? Determining treatment according to age; that is, giving treatment only to younger men with the assumption that their older counterparts will die of something else before prostate cancer kills them. “If you’re appropriately risk-classified, age is not a criteria we should use to distinguish who we initially select for treatment versus delay treatment. In fact, one can argue that men who are younger can benefit more by delaying treatment,” Ehdaie says, explaining that delaying treatment for them also delays unwanted side effects for a longer amount of time.