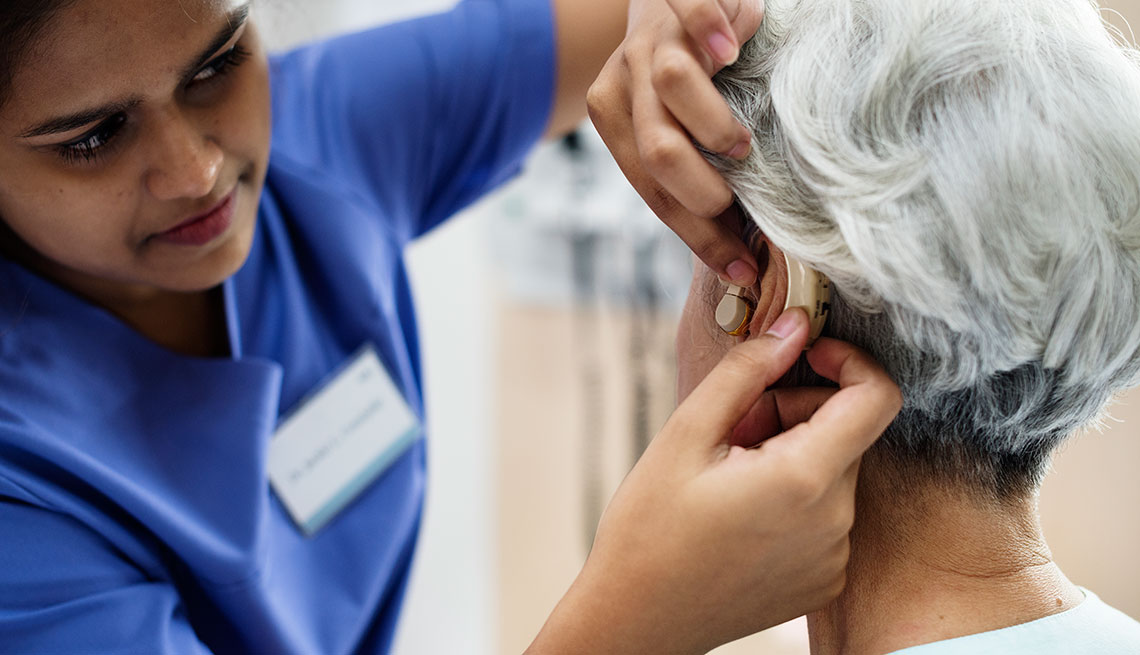 People with hearing loss who use hearing aids can hear better, and they can communicate more effectively with their physicians, researchers say.

Among people with serious hearing loss, those who use hearing aids are less likely to go to the hospital or emergency department, and when they do go, their stays are on average a half day shorter.

The new study from the University of Michigan, which was published online in JAMA Otolaryngology–Head & Neck Surgery on Thursday, also found that hearing-aid users are more likely to visit their doctors for nonemergency appointments.

But more doctor’s visits — they visited about 4 percent more often than the people with hearing loss who didn’t wear the devices — may actually be a sign of the hearing aid users’ better attention to their health, says Elham Mahmoudi, a health economist in the university’s Department of Family Medicine and lead author of the study, which was based on the responses of 1,336 adults ages 65 to 85 who reported having severe hearing loss in a federal survey.

Mahmoudi surmises that because people who use hearing aids can hear better, they can communicate more effectively with their physicians and “take care of themselves better.” The respondents who used hearing aids, in fact, had a lower rate of diabetes and hypertension.

The survey didn’t ask why people did or did not use the devices, but people often cite their expense. Good-quality hearing aids can cost $2,000 to $7,000 — and traditional Medicare plans don’t cover them. Yet hearing problems can lead to isolation, which has been associated with poorer health, including higher rates of dementia, Mahmoudi says. She adds that her own father has serious hearing loss and “when he doesn’t have his hearing aid on he tries not to talk to anybody because he has to kind of guess what you’re talking about.”

Also, Mahmoudi points out, those doctors’ office visits are far less expensive than hospitalizations, which were 2 percent less frequent among hearing-aid users. Despite the cost of the hearing aids, those who used them spent only $1,000 more on their health care over the course of a year than those who didn’t.

The researchers’ next step will be to look at whether patients who use hearing aids spend less overall for health care.