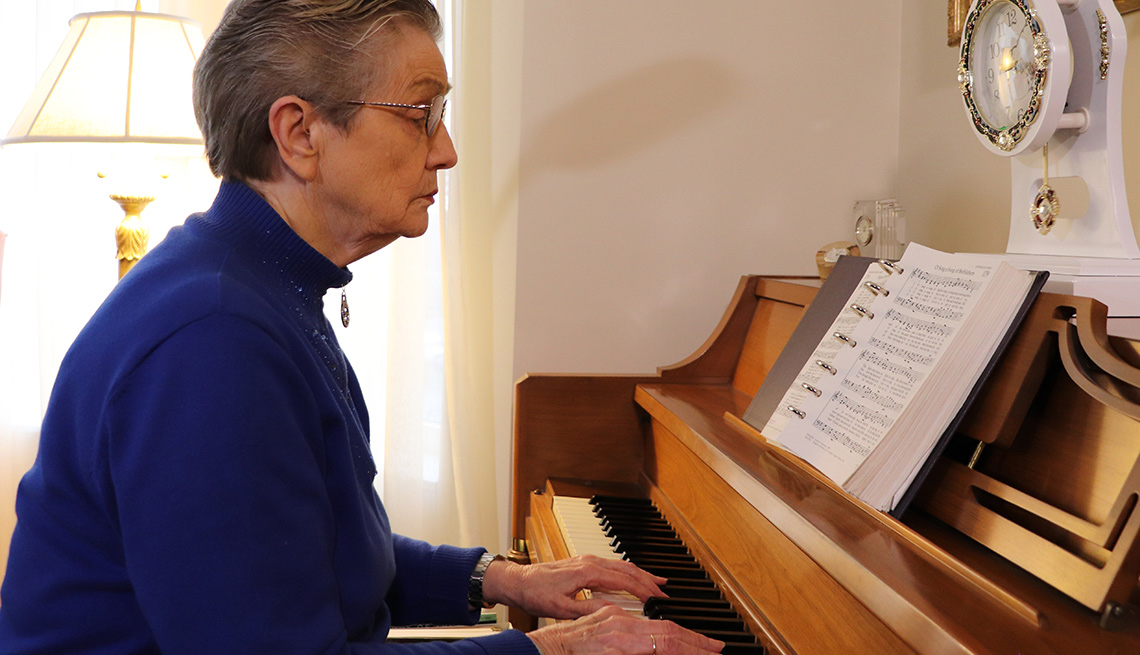 Alzheimer’s patient LaVonne Moore is still able to play her favorite hymns on the piano more than three years after starting a pilot study with deep brain stimulation. The treatment uses electrical currents to stimulate the frontal lobes of the brain, which control executive and cognitive function.

A pacemaker-like device implanted in the frontal lobes of the brain may slow the progression of some Alzheimer's disease symptoms, a new study says.

The treatment, known as deep brain stimulation (DBS), in which implants send electrical signals to regulate the firing of brain cells, has long been used in the frontal lobes (the brain’s motor control area) to successfully inhibit the tremors that can occur with Parkinson’s disease.

But the Ohio State University study, published this week in the Journal of Alzheimer’s Disease, marks the first time an Alzheimer’s study has tested DBS in the brain’s frontal lobes — the area where problem-solving, organization and other executive-function skills are processed.

Researchers at Ohio State followed three Alzheimer’s patients who had the devices implanted for about two years. They compared their abilities with those of people who did not have DBS and found that two of their three subjects had statistically less decline than those with no DBS.

One woman in the DBS group even regained some daily functioning abilities. She was able to do a few things she had stopped doing, including preparing dinner for herself and her husband and planning an activity outside the home. 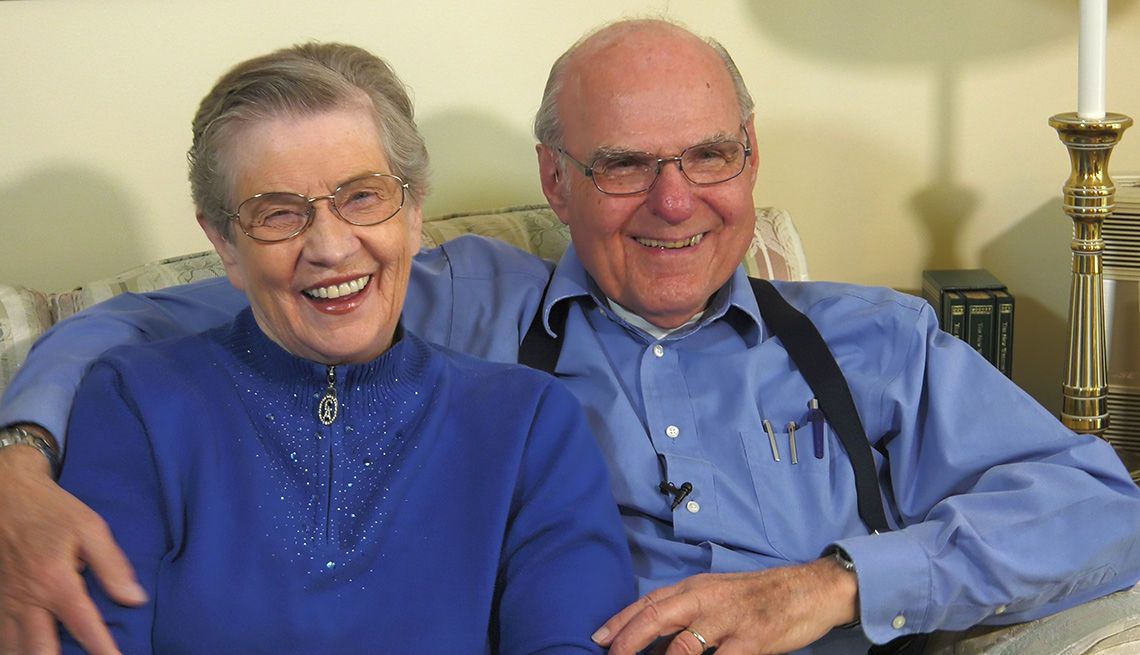 Tom Moore takes care of his wife, LaVonne, who has Alzheimer’s disease. A new study shows that an implanted pacemaker that sends electrical stimulation to LaVonne’s brain slowed the progression of her symptoms, allowing her to retain functionality longer.

“These things may not seem like a lot, but if you’ve ever been a caregiver, you know it’s fabulous if [your loved one] can start thinking on their own a little bit better,” says Douglas Scharre, coauthor of the study and director of the division of cognitive neurology at the Ohio State University Wexner Medical Center's Neurological Institute.

Scharre adds that the point of the small study was first to see if DBS in the frontal lobes was safe for Alzheimer’s patients and then to determine whether its effect was promising enough to warrant further study. Now, he says, researchers have an optimistic yes in answer to both questions.

Previous work with DBS and Alzheimer’s led by the University of Toronto and Johns Hopkins Medicine focused on stimulating memory circuits. “We saw slower decline in some individuals,” notes Gwenn Smith, a neuropsychologist at Johns Hopkins and a coauthor of the study, but she says that an increase in brain metabolism over one year was observed.

Because metabolism is associated with the health of brain cells — as Alzheimer’s progresses brain metabolism typically decreases, in contrast to the effects of DBS — she’s enthusiastic that DBS has the potential to treat the disease.

Smith is also encouraged by the Ohio State study’s preliminary results. They not only offer more evidence that DBS is safe for further testing in Alzheimer’s patients, she says, but “it’s exciting to see studies of a different brain circuit that may have effects on Alzheimer’s symptoms."