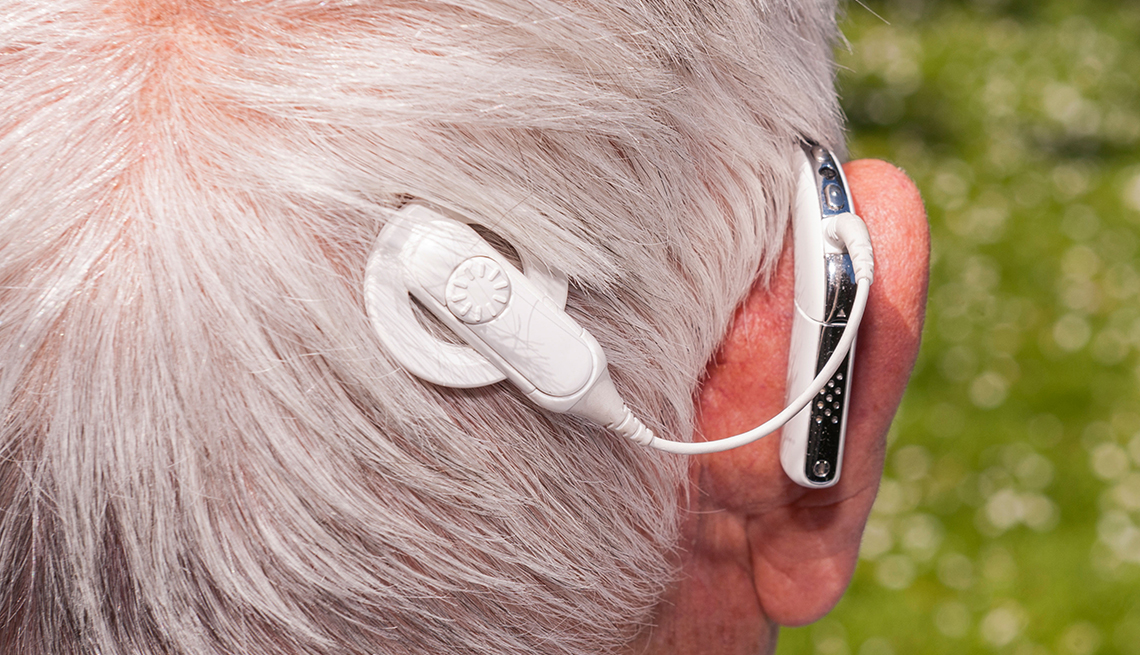 Some older patients do well with cochlear implants, experts say.

Is there an age limit to getting a cochlear implant?

I asked this question of several cochlear implant surgeons around the country, and they all answered the same way: Age, per se, is not a disqualifying factor.

All have implanted patients in their 90s and, as Anil Lalwani, M.D., of New York-Presbyterian/Columbia University Irving Medical Center said, he "routinely" operates on patients over 80. His oldest patient is 93.

Surgeon Jay Rubinstein, at the University of Washington Medical Center, has performed cochlear implant surgery on a 96-year-old. Like the others, he thinks chronological age is not the issue, it's a person's overall health. It's not so much how many years you've lived as how well your body has held up. In April 2014, Mollie Smith, 99, became the oldest cochlear implant recipient in Europe.

Cochlear implant surgery takes about two to three hours and requires general anesthesia or heavy sedation, so the ability to tolerate anesthesia is essential. Even so, a 2009 study by Lalwani and others, found that cochlear implantation in the elderly carries minimal risk from anesthesia.

One of the important preexisting conditions that may preclude surgery is moderate or severe heart and/or lung disease, which could make anesthesia potentially dangerous, said Rick Hodgson, M.D., with Head and Neck Surgical Associates in Portland, Ore. The oldest patient he has implanted was 92 and he's doing well, Hodgson said, noting that as a surgeon he looks more at "biologic age than chronological age."

Darius Kohan, an otologist-otolaryngologist in New York (who was my cochlear implant surgeon at New York Eye and Ear Infirmary), told me he implanted a patient who was 95 years 6 months old. The patient is still using the implant 21/2 years after surgery.

Even dementia may not be a disqualifier, the surgeons said, assuming that the patient is not violent or likely to destroy the external parts of the implant. A study published last summer on implantees with dementia found a significant cognitive improvement a year later. The patients also received regular auditory rehabilitation. It was not clear from the study whether it was the implant itself or the aural rehab that made the difference in improved cognitive abilities.

Jack Wazen, a partner at the Silverstein Institute and director of research at the Ear Research Foundation in Sarasota, Fla. (and a fellow board of trustees member with me for the Hearing Loss Association of America), was the most conservative of those interviewed on the question of dementia, saying he routinely implants those with mild to moderate cognitive decline, but not those with severe decline.

All agree on the importance of auditory rehab for older patients. As Hodgson put it, "Auditory rehab helps get the most out of the process. This is amazing and life-changing technology, so why wouldn't we want to maximize the impact on someone's life?" He added that younger implant recipients might still be in the workforce and get stimulation from their everyday environment. The older recipients are less likely to get that stimulation. Also important, as all the surgeons agreed, is a social support system. This doesn't necessarily mean a companion in the home, but a regular conversation partner is essential. Social interaction is important in general for quality of life.

The one issue on which the surgeons differed was which ear to implant: the worse or the better one. With younger implantees, the decision is usually to implant the worse ear, to preserve the natural hearing in the good ear, often using a hearing aid in the good ear. But an elderly person may have been deaf for some time in the bad ear, and thus less likely to benefit from the implant. Although most said that they would consider implanting the deaf ear, they might not if the ear had been deaf for a long period of time. Wazen specified five years or more. Hodgson pointed out that "the longer the duration of hearing loss, the higher the chance of diminished benefit due to deterioration of sensory elements in the inner ear."

Both Lalwani and Kohan said they would implant the worse ear. Kohan's reasoning is that if the patient is still able to hear with the hearing aid ear, there may still be enough plasticity in the brain, with crossover from the nonhearing ear, to make an implant in the deaf ear function. Lalwani went further: "I would always implant the deaf ear. One does not lose anything from doing so. If the outcome is less than satisfactory, the other ear could always be implanted down the road."

As for outcomes, all agreed that older recipients do well with cochlear implants. Kohan mentioned benefits like delayed mental deterioration, better quality of life and more independence.

Wazen is completing a study comparing the results among patients over 80 with those under 80. The study found no differences in healing or complication rates. All patients did better with the cochlear implant than they had with a hearing aid. The study did find that speech recognition scores with implants were better in the younger group. This may be due to a number of factors, Wazen said, "including length of deafness, poorer cognitive function [in the older group] and aging changes in the brain."

So if your doctor recommends an implant, go for it, no matter what your age. "When elderly patients tell me they are too old for a CI," Rubinstein said, "I tell them age is not important unless they are a cheese."