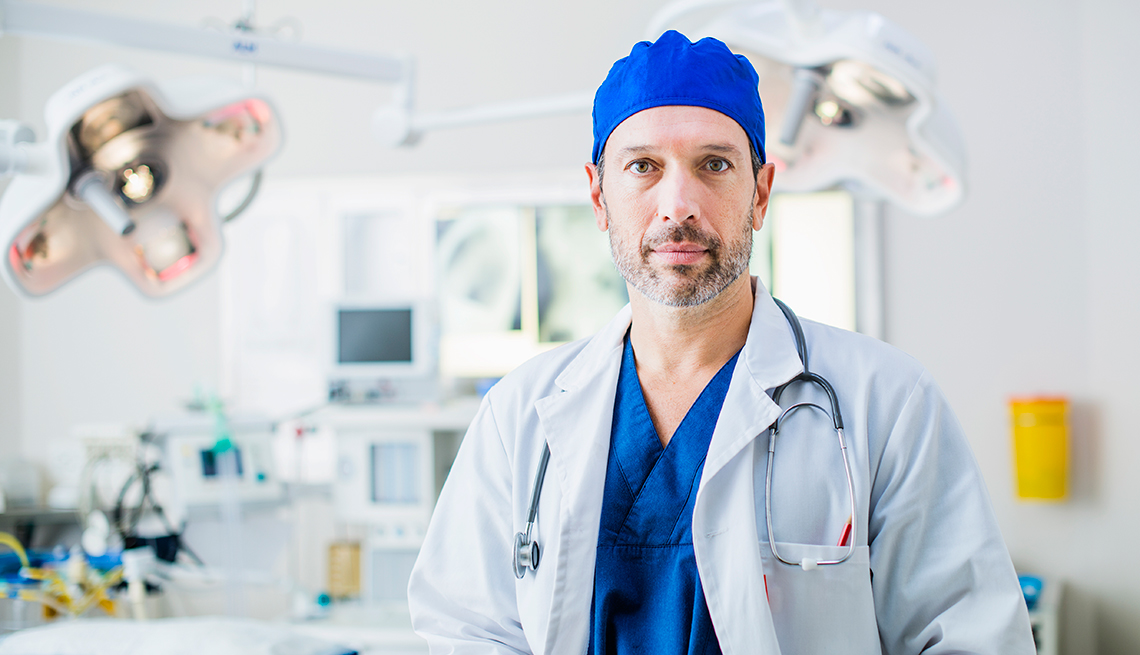 For some types of surgeries, patients of the worst doctors were three times more likely to die than those operated on by the best-performing surgeons, according to analysis.

Anytime you go under the knife, there is a potential for life-threatening complications.

“Even in the best of circumstances, bad things can happen,” says Lawrence Schlachter, a neurosurgeon turned malpractice attorney in Atlanta.

Hospitals typically view the occasional bad outcome as inevitable, and that’s true. But many surgical injuries are avoidable, experts believe. That’s why picking the right surgeon is so crucial to your health and safety.

A 2015 investigation by ProPublica, a nonprofit news organization, looked at Medicare data to see the complication rates of nearly 17,000 surgeons nationwide. Of the 2.3 million surgeries it reviewed, about 63,000 patients suffered serious injury, and 3,405 died.

Generally, complication rates range from 2 to 4 percent of all procedures. But individual surgeons’ track records vary significantly, ProPublica’s analysis revealed. One group of 756 highly active surgeons didn’t have a single complication over five years. Another 1,423 doctors had only one complication occur in that time span. This is in line with a 2016 Stanford University analysis, which showed that about 1 percent of doctors accounted for 32 percent of paid medical malpractice claims.

But because of liability issues — if hospitals admit to shoddy practices, they open themselves up to lawsuits — hospitals are reluctant to reprimand incompetent doctors. The upshot is that hundreds of active surgeons across the country have complication rates that are double or triple the national average.

For some types of surgeries, patients of the worst doctors were three times more likely to die than those operated on by the best-performing surgeons, according to an analysis by Consumers’ Checkbook, a nonprofit consumer watchdog group. Mortality among patients undergoing heart valve and bypass surgery, for example, was about 3 percent in the hands of top-notch surgeons, compared with 11 percent for the poorly rated doctors.

How can patients protect themselves? The first task is to determine your choices — in this case, by compiling a list of potential surgeon candidates. Identify surgeons who are approved by your insurer or who are in residence at the hospital you most rely on. Also gather recommendations from the health professionals you see routinely and from people who’ve had a similar procedure. Next: 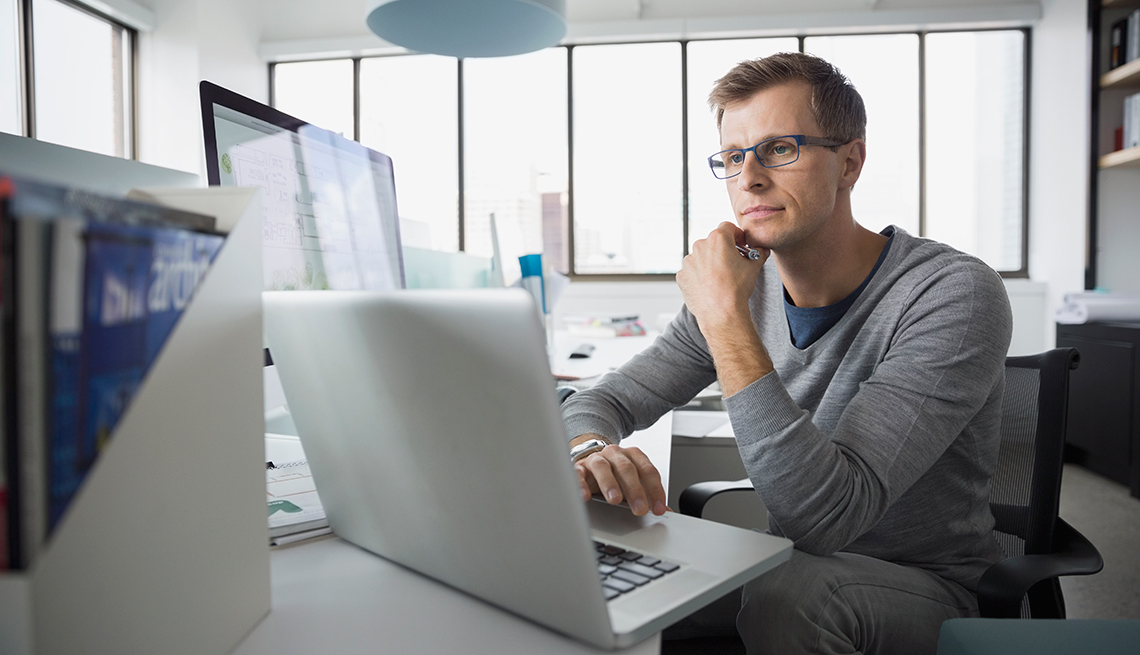 Spending an hour on the computer researching your surgeon could prevent a calamitous outcome.

How to research a surgeon

A wealth of information on a surgeon is just a click away. Spending an hour on the computer ferreting out some potentially uncomfortable facts could prevent a calamitous outcome. Here is a four-step process to find out most everything you need to know about a surgeon’s background and skill level.

The Federation of State Medical Boards (FSMB) can tell you if the surgeon is licensed in your state. Go to fsmb.org and click on Consumer Resources to get to the free tool, “Learn About Your Physician.”

To find out whether the surgeon is board certified or eligible in a particular specialty, check with the American Board of Medical Specialties (ABMS). (Go to certificationmatters.org or call 866-ASK-ABMS toll-free). “Board certified” means a physician has undergone lengthy training in a specialty and passed a stringent exam.

“Board eligible” means the doctor has finished the appropriate residency but has yet to pass the test. It’s OK for young doctors to be board eligible — they have a few years to take the test. But the ABMS recently issued a ruling that physicians who try to use the term “board eligible” for their entire careers face penalties.

Knowing if a doctor has been sanctioned by a professional licensing board should be an essential part of your search. For a $9 fee, the FSMB will provide the disciplinary history of specific doctors in any state (click Credentialing, then Physician Data Services on its website).

State medical boards also have doctor profiles that include board certifications, board actions, criminal convictions and medical malpractice claims. The FSMB has links to state websites.

ProPublica and Consumers’ Checkbook both have websites where they rate surgeons and provide information on the number of procedures and complication rates, based on recent Medicare data. To be fair to the surgeons, both adjust their results to allow for patients’ health status, age and other factors, as some surgeons take on sicker or more frail patients.

Plug in your zip code at the ProPublica website, and you’ll find a directory of local hospitals that perform eight common procedures, along with surgeons on staff who perform them, the number of procedures they’ve done and their complication rates.

SurgeonRatings.org, from the nonprofit group Consumers’ Checkbook, provides a more comprehensive analysis that encompasses more than 5 million operations performed by 50,000 surgeons. It compares surgeons’ results for 12 types of surgery.

"Too many people are being cut open when they are ideal candidates for minimally invasive procedures."

How to interview a surgeon

After you have narrowed your choices of potential surgeons, it’s time to set up an appointment for them to review your case, and for you to review them. Here are several questions you should be sure to ask and the types of answers you should get in return.

Can this be done with minimally invasive surgery?

This technique entails inserting several thin instruments and a video camera inside the body through small incisions. The camera, which transmits images onto a television monitor, becomes a surgeon’s eyes as he or she performs the procedure.

Many common surgeries now can be done laparoscopically through these keyhole incisions. There are many benefits — less pain, quicker recovery, fewer infections, shorter hospital stays, less medication. Yet some surgeons aren’t trained in these techniques, so they might not tell patients about this type of operation.

“Too many people are being cut open when they are ideal candidates for minimally invasive procedures,” says Marty Makary, a surgeon and researcher at the Johns Hopkins School of Medicine in Baltimore.

What percentage of these operations involve open surgery, versus those that are minimally invasive? What are the differences in complication rates and the length of hospital stays for each?

The benefits of minimally invasive surgery vary by operation, and not everyone is a good candidate for this approach. The answers to these questions will tell you which type the surgeon favors and why. “The same patient conditions can be treated with two radically different standards of care, and the choice of which procedure matters,” Makary says.

How often have you performed this surgery, and do you specialize in it?

When surgeons perform certain procedures with regularity, they improve and are better equipped to deal with complications. A 2009 study, for example, found that the risk of serious complications from the most common form of gastric bypass surgery fell by 10 percent for every additional 10 cases per year the surgeon performed.

Volume is especially important for new, uncommon or complex procedures. One Dartmouth College study found that among people undergoing pancreatic cancer surgery, annual death rates were nearly four times higher for those treated by surgeons who performed the fewest operations compared to those who performed the most.

More recent research suggests that specialization may be even more important than volume. A 2016 study in the British Medical Journal looked at eight complex procedures. It found that specializing in a particular procedure — for example, performing only heart valve replacements — significantly cut the risks of complications and mortality.

Some rules of thumb: For relatively rare procedures, doing four a year is acceptable. But for common surgeries like fixing a hernia, the surgeon should have done dozens of them in the past year.

What complications have you encountered?

Good surgeons are willing to talk about their bad outcomes. “It’s not a reflection of failure,” Schlachter says. “It’s reality, and an honest question that deserves an honest answer.”

What are my risks?

Doctors need to make patients fully aware of potential harms so they can make an informed decision, especially if it’s elective surgery. If they minimize the dangers, go elsewhere.

How to finalize your decision

You have a surgeon who checks out on paper and who impressed you when you met. But just like hiring an employee, check references and think through all the issues before finalizing your choice.

Ask the doctor for names and numbers; most will provide, but only of patients who have agreed to give references based on a good outcome.

Talk to their colleagues

Fellow doctors, nurses and hospital employees know which doctors are best and worst. “We often joke the emergency room nurse can know more about quality than anyone else in the hospital because they know who has the most complications,” Makary says.

Get a second opinion

Ask if you really need this surgery. About 1 in 5 second opinions are different from the initial treatment recommendation, Makary says. “For back surgeries, especially, a lot of times physical therapy does the trick.”

A second opinion is particularly important if you’re having a complicated or new procedure. Find out if there are nearby centers of excellence — university hospitals or major institutions like the Mayo Clinic or the Cleveland Clinic — that specialize in this type of surgery.

“You may have found an excellent neurosurgeon, but if he or she doesn’t do a lot of the specific surgery you need, it’s reasonable to go to a place that is bigger even though it may be further away,” says Andrew Auerbach, M.D., a hospitalist at the University of California, San Francisco, School of Medicine.

Ponder your interview one last time

Were you comfortable talking? Did he answer your questions well? Does she seem caring? Is this someone whom you can trust with your life?

Also, think through whether the surgeon asked good questions of you. If the surgeon hasn’t tried to learn about your health, fears and needs, then you have reason for concern.

More On Doctors and Surgeries