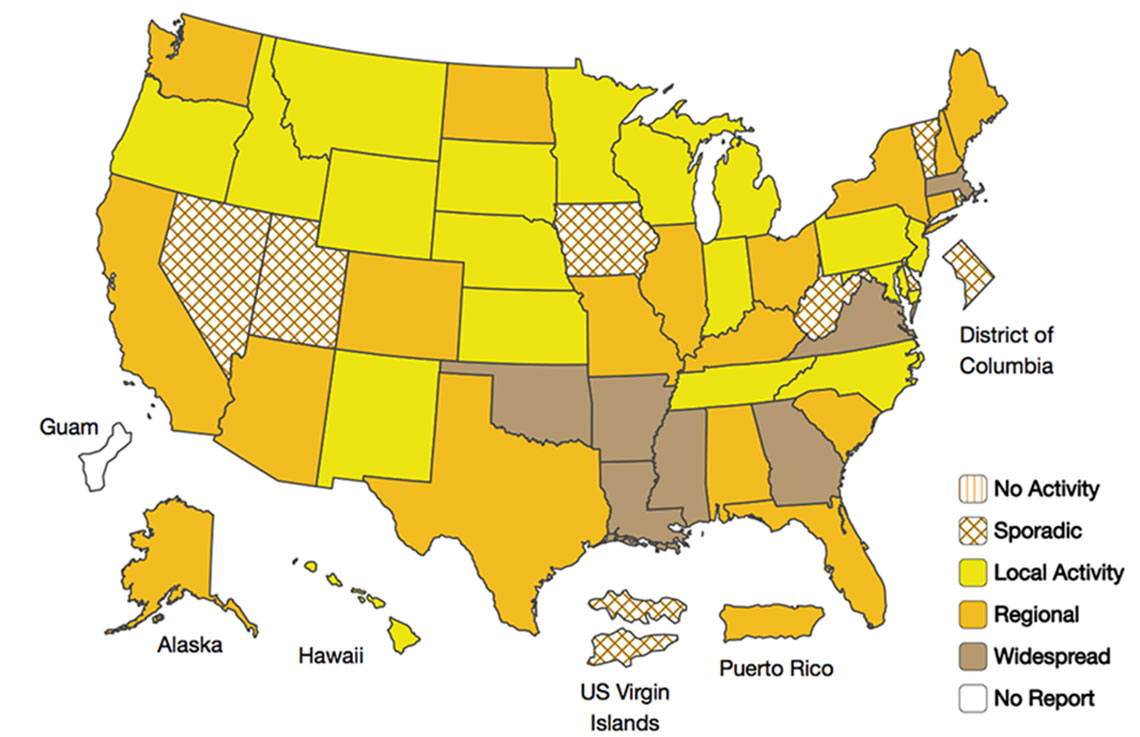 It's not too late to get your flu shot, and according to the latest influenza-tracking map released by the Centers for Disease Control and Prevention (CDC), it would be wise to make it a priority.

Flu is making visible inroads into the South and Northeast in particular, and is spreading markedly faster than it was at this time last year. Now, seven states (Arkansas, Georgia, Louisiana, Massachusetts, Mississippi, Oklahoma and Virginia) are reporting "widespread" flu cases in the CDC's account of the geographic spread of the virus. At this time last year, there were zero. What's more, for the week ending Dec. 2, three states — Louisiana, Mississippi and South Carolina — are glowing red on a national map with a high activity level of influenza-like illness, and three are reporting a moderate level of activity. Last year? Not a single state reported high or moderate levels of influenza-like illness during this period (as reported by the number of visits to health care providers). 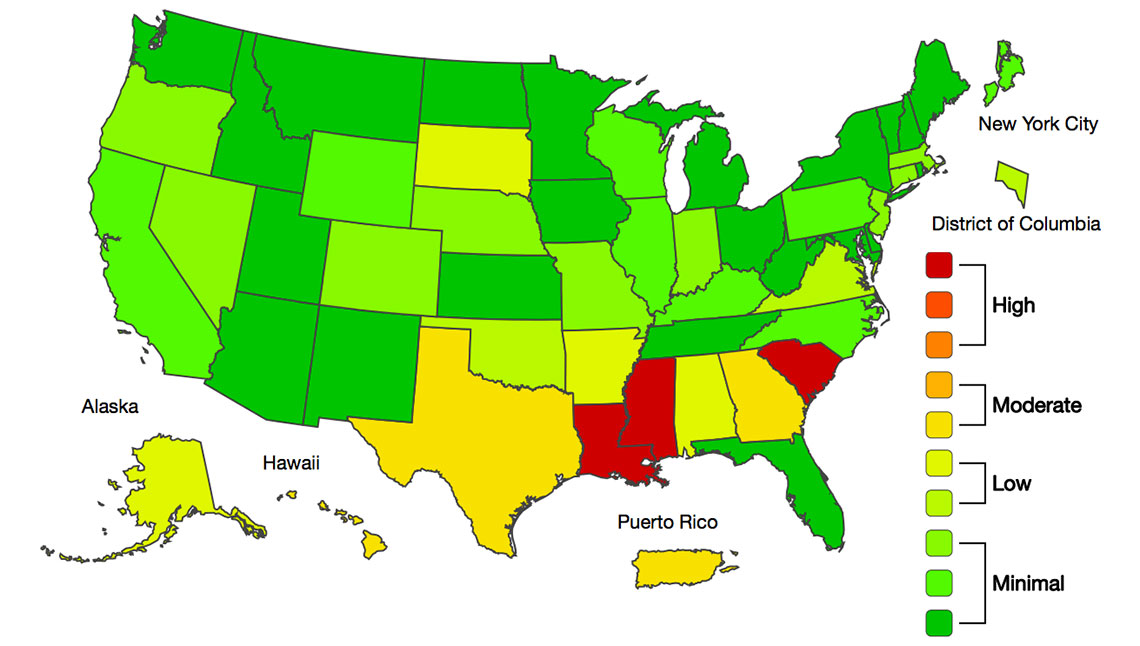 Three states, highlighted in red, have a high level of flu activity.

But the possibly bigger cause for alarm has to do with the predominant flu type spreading at a rapid clip into the hardest-hit states, and, increasingly, into the states bordering them: the pernicious influenza A, and specifically the H3N2 virus, which CDC investigators have been concerned about since it hit Australia hard last summer. Compared with other strains, H3N2 tends to make older people sicker, and flu shots are less effective at fighting it.

Experts say getting a high dose or similarly stronger adjuvanted vaccine (with an additional effectiveness-boosting ingredient) can increase your chances of staying healthy this year if you're over 65. What’s more, any of the available vaccine types may make a case of the flu milder than it would have been without a shot. That can be especially critical for older Americans, who account for the majority of flu-related hospitalizations and an estimated 85 percent of flu-related deaths each year.