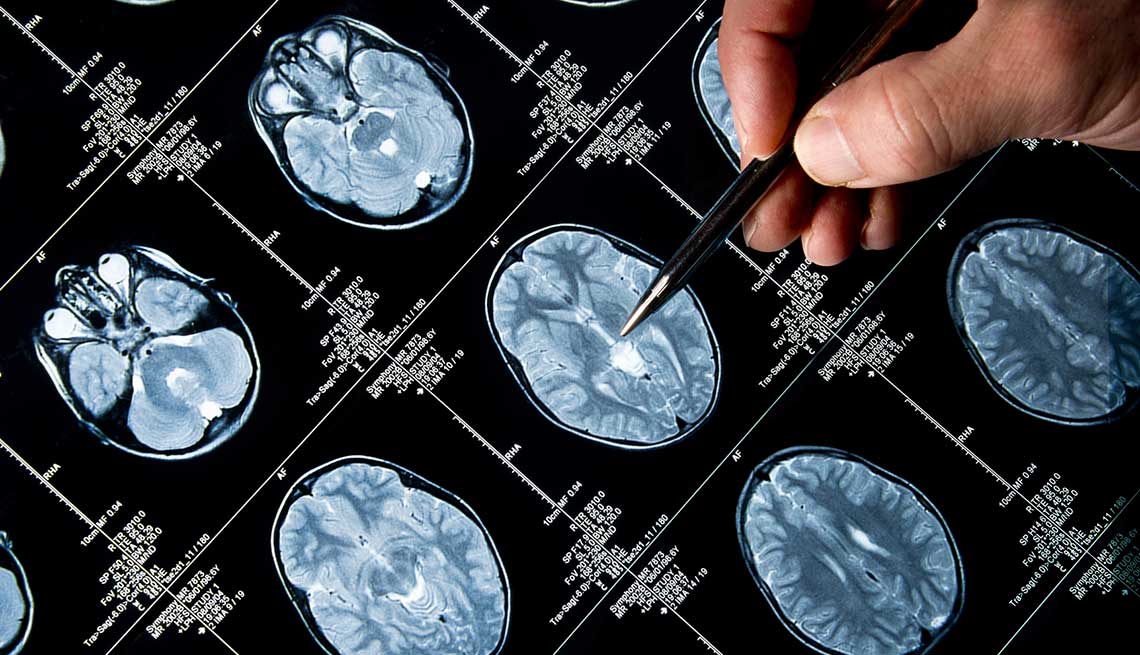 The drug, called LMTM, failed to show a benefit in people with mild to moderate Alzheimer’s disease.

The plaques consist of protein fragments called beta-amyloid, and the tangles consist mainly of a protein called tau. While scientists aren’t certain what causes Alzheimer’s, they’ve developed drugs to target beta-amyloid and tau.

The anti-amyloid drugs haven’t been effective, and on Wednesday researchers presented the results of the first completed large trial of an anti-tau medication in patients with Alzheimer’s disease.

The drug, called LMTM, failed to show a benefit in people with mild to moderate Alzheimer’s disease, the researchers reported on the final day of the Alzheimer’s Association International Conference (AAIC) in Toronto.

“The results that we saw here were more disappointing than not,” David Knopman, a Mayo Clinic neurologist who was not involved in the study, said at a press briefing.

LMTM, made by the Scottish and Singapore company TauRx Pharmaceuticals, is a derivative of methylene blue, which is used to treat carbon monoxide poisoning, among other uses. A study published online in June by the journal Radiology found that a single dose of methylene blue in healthy people increased activity in the parts of the brain that control short-term memory and attention.

In published laboratory and mouse studies, LMTM had stopped tau from bunching together to form tangles, but whether that would occur in patients and result in a slowing of the progression of Alzheimer’s wasn’t known.

The large clinical trial reported at the AAIC involved 891 patients (average age 70 ½), recruited at 115 sites in 16 countries. They were randomly assigned to one of two treatment groups or a control group, used for comparison purposes.

The treatment groups received 150 milligrams or 250 milligrams a day. Patients in the control group received 8 milligrams of LMTM a day, just enough to color their urine blue — a telltale sign of the drug — but not enough to make any difference in their health.

Overall, after 15 months, patients who’d received the treatment did no better than those in the control group on tests assessing brain function or how well they could perform daily activities of living. There also was no difference in how much their brains had wasted away, or atrophied, as shown on MRI scans performed every three months.

A benefit was seen, however, in patients (mainly from Eastern Europe and Malaysia) who weren’t taking any Alzheimer’s medications at the beginning of the study. They represented 15 percent of the study participants, and those who received LMTM performed better on assessments of cognition and performance of daily activities and had less brain atrophy than patients in the control group.

Serge Gauthier, a McGill University neurologist who led the study, called the finding about the brains of patients who took no drug besides LMTM “a nice surprise.”

“The reduction in brain atrophy is robust,” Gauthier said at the press briefing. “It’s the first time it’s been seen in a clinical trial of Alzheimer’s disease.” Gauthier said he and his colleagues couldn’t identify any explanation other than LMTM for that finding.

But Knopman, who is involved in a trial of LMTM in patients with another type of dementia, was skeptical that the drug deserved credit in Gauthier’s trial. The fact that patients weren’t taking any medication at the beginning of the Alzheimer’s trial suggests they hadn’t been receiving good medical care, he said. “Then when they were part of a trial, they experienced a placebo effect.”

In a press release, Maria Carrillo, chief science officer at the Alzheimer’s Association, called the results of the trial “interesting but also complex.”