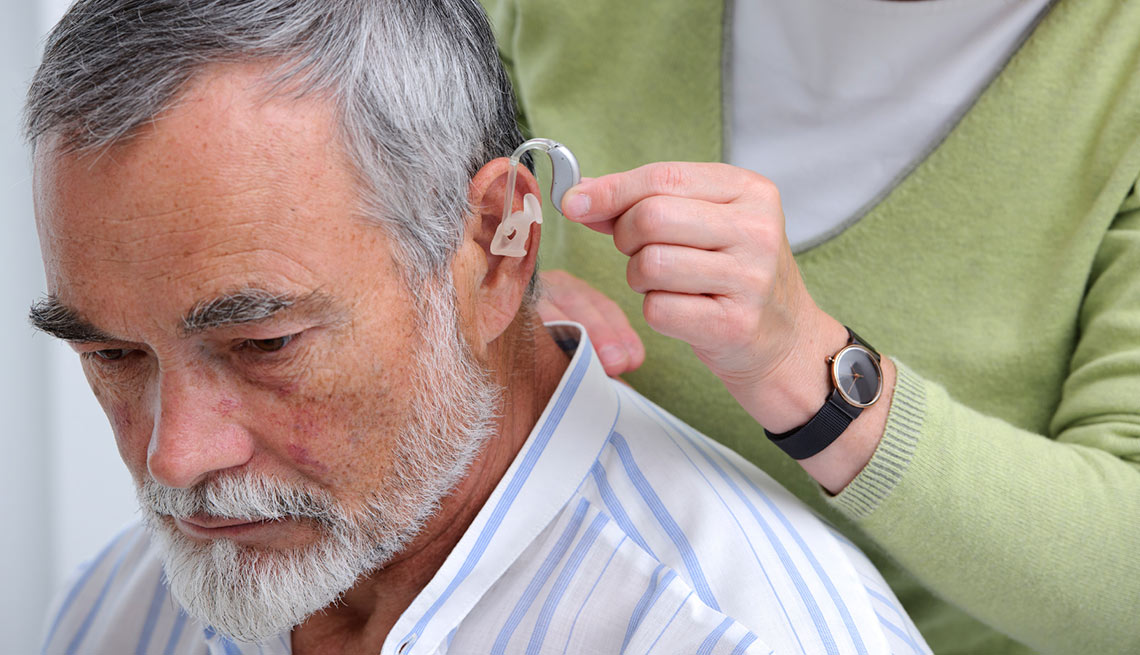 Wearing hearing aids could save you $30,000 in annual income.

En español | Approximately 1 of every 5 Americans have lost some hearing. As we get older, that number goes up. By age 65, 1 in 3 people have hearing loss.

But hearing loss is not something you have to live with — nor should you. In fact, treating your hearing loss can help you avoid serious health problems, maintain your confidence and productivity at work, and protect you from everyday hazards.

"We have so many things that can help," says Darius Kohan, M.D., director of otology/neurotology at Lenox Hill Hospital in New York. "We have technology that can almost guarantee corrected hearing loss."

Here is what treating your hearing loss can help you do:

If you can't hear what people are saying, chances are you'll shy away from the conversation. That leaves you frustrated, angry or embarrassed — or all three. Without a hearing aid or other treatment, those feelings won't go away. Hearing loss, left untreated, often leads people to isolate themselves from family, friends, coworkers and others.

"The more you withdraw, the more likely it is to lead to depression," says Kohan.

In a 2014 National Institutes of Health study, researchers found that hearing loss nearly doubled the risk of depression in adults. Wearing a hearing aid, other studies have found, will improve your quality of life.

"Wearing a hearing aid means you're vibrant with life, that you want to participate in everything and you want to communicate," says Kohan. "Our minds have to be stimulated. We have to keep engaged, keep busy, keep thinking, keep exercising."

How well you hear affects your brain's ability to perform at its peak, according to several recent studies. Though the link between hearing and brain health is not fully understood, studies show that hearing loss accelerates age-related brain shrinkage, increases the likelihood of cognitive impairment, and puts you at greater risk of dementia.

Hearing loss, according to one theory, burdens the brain with an excessive amount of "cognitive load." In other words, when you have to strain to both hear and understand what's being said, your brain suffers as a result of that heightened effort.

"It's possible that handling impaired messages changes some of your brain function," says Neil DiSarno, chief staff officer for audiology at the American Speech-Language-Hearing Association.

DiSarno gives an example: At a loud party where you struggle to hear what's said, you find you can't recall the name of someone you just met. That may not be a memory problem. Your brain simply may be too overworked with the present task of hearing to remember that name.

Hearing aids and cochlear implants may reduce that cognitive load by sending your brain clear signals, and recent research suggests that such interventions may also reverse cognitive decline.

Sounds signal many things, including danger. The honk of a car horn, a shouted alert and other warnings can save life and limb, but only if you hear them.

"You have to be aware of what's going on around you," says DiSarno.

Those who can hear perfectly well in one ear are still at risk, says DiSarno: "If you have asymmetrical hearing, you will have difficulty telling where sounds are coming from."

Hearing loss also appears to boost your risk of falling threefold, according to a 2012 study by Johns Hopkins researchers, who speculate that those falls may occur because people with hearing loss are less attuned to sounds in their surroundings. They also suggest that cognitive load may be to blame. After all, if hearing loss forces your brain to work extra hard to comprehend sounds, it may not have sufficient reserves to pay attention to dangers like a turned-up rug or an uneven sidewalk.

Untreated hearing loss will cost you, to the tune of about $30,000 of annual income, according to the Better Hearing Institute. Wear hearing aids, however, and you can save most if not all of that money.

"Treating hearing loss prolongs your ability to work," says Kohan. "There's amazing technology out there, and I wish people would use it."

That tech can get awfully expensive — top-of-the-line hearing aids cost thousands of dollars — but balanced against potential lost income, you may save money if you get the right treatment.