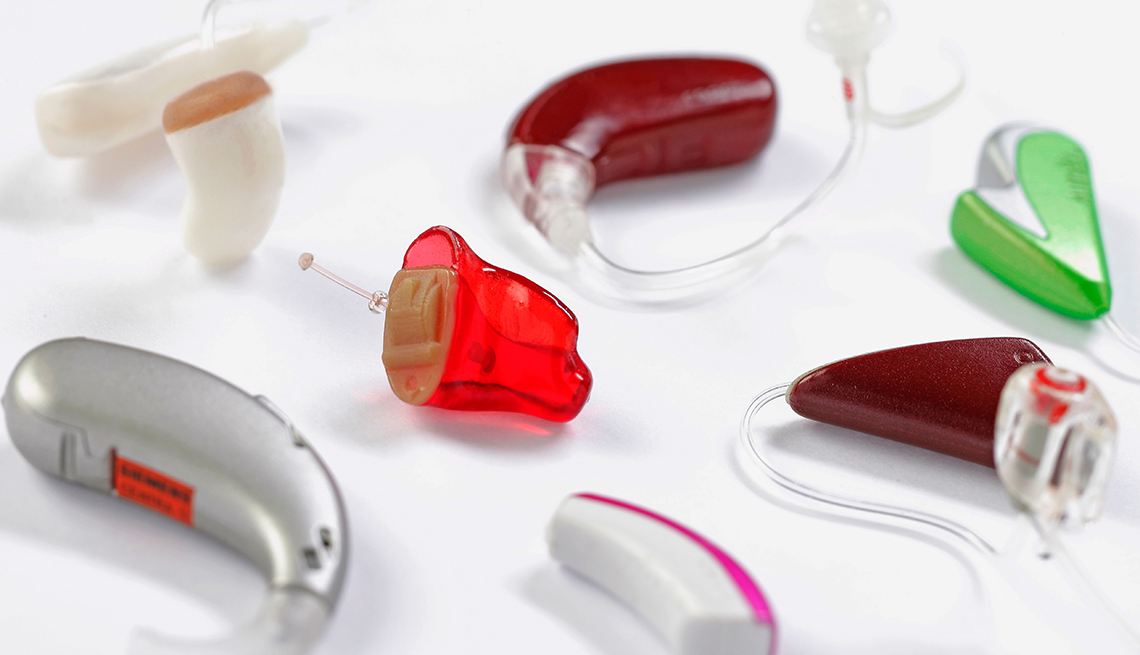 Find out what you can do about the high price of hearing aids.

En español | There are nearly 30 million Americans with hearing loss, a condition that has been related to social isolation, loss of income and onset of dementia. But two-thirds or more of adults over 50 who might benefit from hearing aids don't use them. Why? One reason may be sticker shock. The average price of a single hearing aid is $2,300, according to a 2015 report from the President's Council of Advisors on Science and Technology. And most people need two. In a recent study, Consumer Reports noted that where the wholesale price of the aids could be verified, the average retail markup was a hefty 117 percent.

So why are hearing aids so expensive? A June 2016 report from the National Academies of Sciences, Engineering, and Medicine (NASEM), "Hearing Health Care for Adults: Priorities for Improving Access and Affordability," suggested at least two reasons: lack of consumer choice and lack of transparency.

"One reason the prices remain high is that a fairly small group of companies controls the market," says Dan G. Blazer, the J.P. Gibbons professor of psychiatry emeritus at Duke University Medical Center in Durham, N.C., who chaired the NASEM committee. Six global manufacturers control 90 percent of the market. Consumer choice is also limited because hearing aid providers typically contract with only two or three selected manufacturers, says Carole Rogin, president of the Hearing Industries Association (HIA). Not all models are available at all dispensers. "This is problematic," says Blazer.

Another problem, he adds, is lack of transparency, "including transparency of the cost of production of hearing aids compared to the cost to distributors." Many hearing care professionals bundle all their costs into the final retail price. This includes not only manufacturer's costs like materials and research and development, but also the expenses incurred by the provider: rent, salaries, training, licenses, diagnostic machines, marketing and ongoing patient support. Blazer and others recommend that pricing be unbundled, so consumers know what they are really paying for and can make choices.

When buying a car, for example, the consumer not only can choose between a Lexus and a Chevrolet, but also decide on particular features, such as wire wheels or gold trim. Patrick Freuler, chief executive of Audicus, an online company that partners with a German manufacturer to sell private-label hearing aids, makes the point that consumers are not being offered the low-cost choices, but are being presented with only luxury devices.

Not true, say hearing care professionals. According to an April 2016 issue of the Hearing Review, a trade magazine, some hearing aid providers offer models at prices ranging from under $1,500 to under $500. This makes them competitive with Costco, which offers devices from the big manufacturers as well as its signature brand, Kirkland, in the same price range. The key is to discuss options with your audiologist, says Carly Girard, an audiologist with several practices in Illinois. "I have never had a patient I couldn't find a hearing aid for within their budget," she says.

The device typically accounts for one-third of the total price, and professional fees and services the remaining two-thirds, according to Dave Fabry, audiological consultant to the Washington-based HIA. But that two-thirds is the most important part of the equation, say hearing care professionals. "The key to effectively treating hearing loss is the person who takes care of the patient," says Rita Chaiken, president of the Academy of Doctors of Audiology (ADA) and an audiologist in Atlanta. "If iPads were personalized and worn in the body, those prices would rise too," says HIA's Rogin. And industry professionals also point out economies of scale: Apple sold 3 million iPads in the first 72 hours of a recent launch; the hearing aid industry sells 3 million units in one year.

So what's a hard-of-hearing consumer to do? Go online. Once anathema, direct-to-consumer online sales are now being embraced by many of the global manufacturers and industry organizations. "Our members have some very cool internet sites," says Carole Rogin of the HIA. (See the HIA website for the list.) A consumer can even get their hearing tested at some manufacturer's sites. They then buy a recommended hearing aid from the site and then take it to a professional in their area for a fitting fee in the range of $500, Rogin says. (A check of one site showed that the online price was about $700 less than the retail price.)

In 2015, the Academy of Doctors of Audiology and Minnesota-based manufacturer IntriCon created earVenture LLC to distribute high-quality, affordable, FDA-registered hearing aids to hearing health care providers. Their products have a wholesale cost that ranges between $99 and $149, compared with similar products that wholesale between $300 and $1,200. It should be noted that the final cost to the consumer will depend on the audiology services that are required and whether or not they are bundled into the price of the hearing aid.

Audicus, Patrick Freuler's company, sells direct to the consumer. "Price is what really sets Audicus apart," Freuler wrote in an email. "What would normally cost you $8,000 a pair at a local clinic costs only $1,598 a pair at Audicus."

Another option is a personal sound amplification product (PSAP). PSAPs are not approved as medical devices by the Food and Drug Administration and so cannot be marketed as hearing aids. But for those whose hearing needs a boost in certain situations, a PSAP can amplify sound for a modest price—between $250 and $350 each.

According to the website Exposing Hearing Aids, a provider information portal that also connects patients with providers, a typical hearing aid pricing model breaks down as follows:

Cathie Gandel is a freelance writer based in Bridgehampton, N.Y.