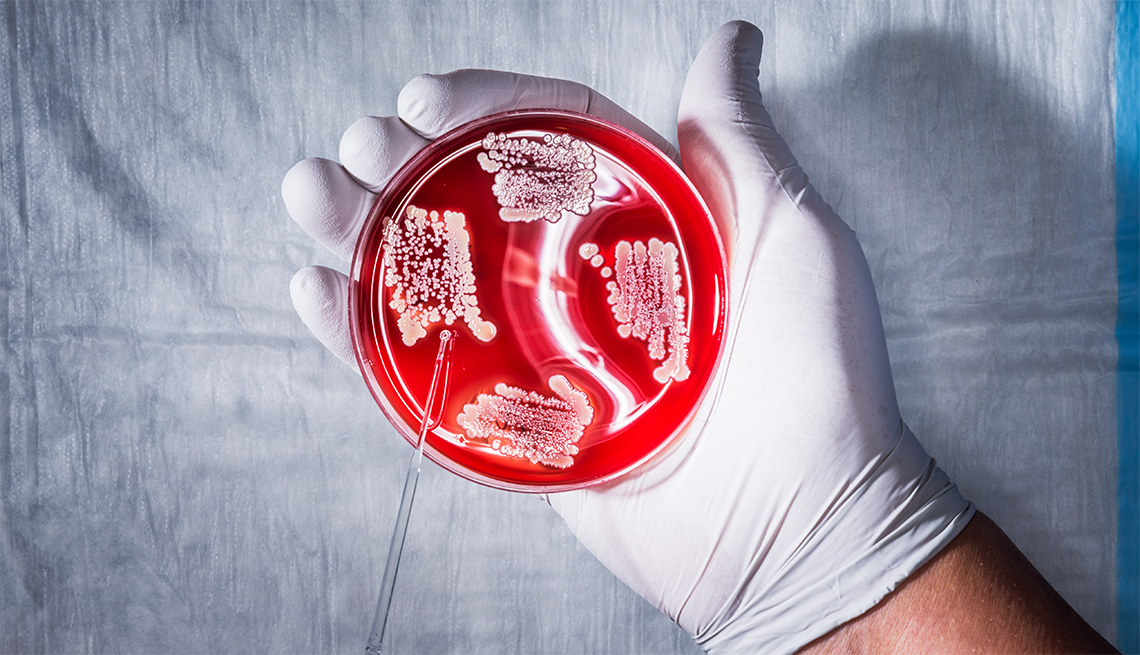 The development of antibiotics has slowed. Learn why.

En español | In an era when remarkable new pharmaceuticals are curing some of our most deadly afflictions and helping us live healthier lives, the world has largely abandoned the development of one of modern medicine's most critically needed drugs: antibiotics.

Between the time penicillin was discovered in 1928 and the 1970s, 270 antibiotics were approved — a robust arsenal of powerful drugs that kept almost all bacterial infections at bay. But since then, research into new antibiotics has declined dramatically. "The last truly new class of antibiotics that made it through approval was discovered more than 30 years ago," says microbiologist Carolyn Shore, officer for the Pew Charitable Trusts' Antibiotics Resistance Project. Today, just five of the top 50 big drug companies are developing new antibiotics.

The timing couldn't be worse. Nightmare superbugs — those bacteria that are resistant to all but a few antibiotics — are on the rise. This year, at least 2 million Americans will fall ill from antibiotic-resistant bacterial infections, and more than 23,000 will die.

The dangers are critical. Many of the medical advances we take for granted, from heart bypass surgery and cancer chemotherapy to artificial knees and hips, are possible only because antibiotics can treat infections that may arise.

"Eventually, we may not be able to do even routine operations like joint replacements, because the risks of antibiotic-resistant infections will become too dangerous," warns Helen Boucher, M.D., director of the infectious diseases fellowship program at Tufts Medical Center.

For more than a decade, doctors, researchers and even experts at pharmaceutical companies have been sounding the alarm. At the same time, the stock of effective antibiotics has been recklessly misused — prescribed for conditions they don't treat and used in vast quantities in agriculture to promote animal growth — spurring the rise of resistant organisms. Efforts are under way to develop new drugs, but it could take years to regain the upper hand. 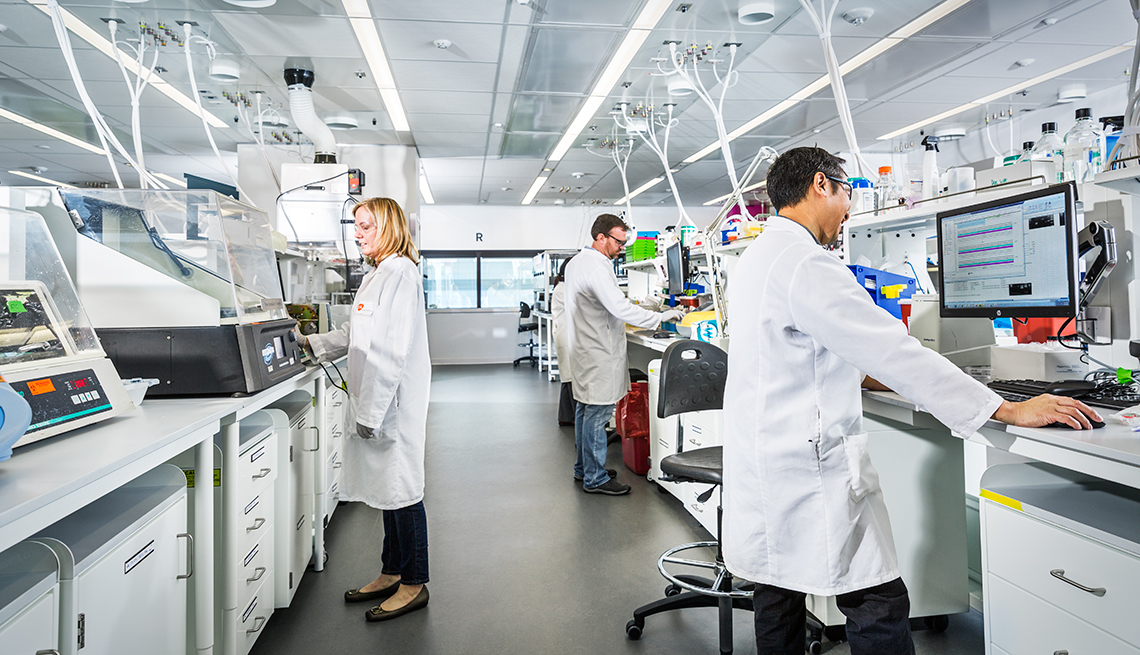 Learn why pharmaceutical firms have scaled back or shut down antibiotic research and development.

How has this happened? It's easy to point fingers at pharmaceutical firms. And it's true that the majority of these companies have scaled back or shut down antibiotic research and development (R&D). But there's a reason: For years, researching and developing new antibiotics has been a losing proposition.

For starters, discovering new antibiotics has become ever more challenging, says David Payne, vice president of the Antibiotics Discovery Performance Unit at GlaxoSmithKline, which still pursues antibiotic R&D. Between 1995 and 2001, using advanced testing, GlaxoSmithKline analyzed 70 new targets for antibiotics. Each screen costs about $1.6 million, he says. About 7 percent resulted in promising leads, but all of those eventually faltered in real-life trials. "One of the challenges with antibiotics is that the dose has to be very high, because the job of an antibiotic is to kill bacteria that can multiply fast, doubling every 20 minutes," Payne explains. "Those high doses mean a lot of promising compounds aren't safe or can't be tolerated."

Safety is an issue for all antibiotics, especially for those used as a last resort to treat resistant infections. "These are drugs that have to be safe for patients who are already very sick," says Eliav Barr, vice president of infectious disease clinical research at Merck Research Laboratories.

1.  Wash your hands frequently. It’s one of the best ways to prevent the spread of infectious diseases.

2.  Don’t assume you need an antibiotic. Viruses that cause many ailments can’t be treated with antibiotics.

3.  Always take an antibiotic as directed. Not finishing the prescription can breed antibiotic resistance.

5.  Choose foods that are raised without antibiotics. Support eliminating unnecessary antibiotics in agriculture.

Challenges like these could be overcome with vastly expensive R&D efforts. But there's little incentive for pharmaceutical companies to take the risk. "Given the high cost of R&D, drugmakers are much more likely to lose money on a new antibiotic than to make money," says University of Michigan economist Erik Gordon, an expert in the pharmaceutical industry. According to one recent analysis, a new antibiotic might be worth about $100 million; a new drug to treat a disease like arthritis could be worth $1 billion or more.

"For years there has been a disconnect between the growing seriousness of antibiotic resistance and the incentives and rewards to address it," Barr says.

The Growing Menace of Superbugs

Like all living things, bacteria constantly evolve to survive. Encountering a new antibiotic, they quickly find ways to evade it. Some have developed cell walls that keep antibiotics out. Others pump antibiotics out when they get in. Bacteria have even devised ways to deactivate antibiotics.

One of the most powerful antibiotics, used sparingly as a last resort, is colistin. In November 2015, experts isolated bacteria that carried a single gene that made them resistant to colistin. The bacteria were found in pigs — and also in a few humans. In April, the same gene showed up in bacteria in the U.S. "And now we're beginning to get reports of bacteria that are resistant to virtually every antibiotic we have," says Jean Patel at the Centers for Disease Control and Prevention.

While the development of antibiotic resistance is inevitable, there are plenty of ways to slow its rise. But the abuse and misuse of antibiotics often works against that goal.

Antibiotics are often prescribed when they aren't appropriate, most often for viral infections such as colds and flu. As many as a third of all outpatient antibiotic prescriptions in the U.S. are unnecessary, studies suggest. Even when antibiotics are prescribed appropriately, they're often not taken as directed. "When patients stop taking an antibiotic early, resistant organisms can be left behind," Shore says.

Also troublesome, experts say, is the widespread use of antibiotics in agriculture. Approximately 80 percent of antibiotics sold in the U.S. are used in animals raised for food. That creates a vast incubator for bacteria to evolve resistance.

The Government Steps In

In the face of growing alarm, new efforts are under way to jump-start antibiotic R&D and protect the antibiotics we now have. In 2012, the federal government passed a rule that extends market exclusivity to new antibiotics; dozens of new drugs are being developed under the program. The Infectious Diseases Society of America has called for a new approval pathway from the Food and Drug Administration for last-resort antibiotics, allowing speedier safety and effectiveness testing for drugs that will be used in patients with infections that are resistant to multiple drugs.

Earlier this year, the Obama administration earmarked $1.1 billion to fight resistant bacteria — an acknowledgment of how serious the threat has become. In August, a $350 million joint U.S.-U.K. effort was announced to fund the kinds of basic research that major pharmaceutical companies have largely abandoned. And in September, the National Institutes of Health announced $20 million in awards for researchers who develop tests to quickly identify which infections will respond to antibiotics.

Protecting the antibiotics we already have is also crucial. There's growing pressure to limit or even ban the use of antibiotics in agriculture. McDonald's recently announced that it has stopped using chicken raised with antibiotics, following the lead of several other fast-food giants.

Health care experts are also working to limit improper use of antibiotics. When doctors at Vibra Hospital of Northern California noticed a steady rise in cases of Clostridium difficile bacterial infections that were difficult to treat, they created a team to review how antibiotics were being used. During its first month, the team found that all 93 patients on antibiotics needed to have prescriptions adjusted or stopped. Over time, infections have fallen by 60 percent.

"I think everyone is finally beginning to recognize the deadly seriousness of the threat from antibiotic-resistant bacteria," Boucher says. "Everything we do to develop new drugs and protect those we have is cause for optimism."

Peter Jaret is a health writer in California.