How Menopause Messes With Your Brain 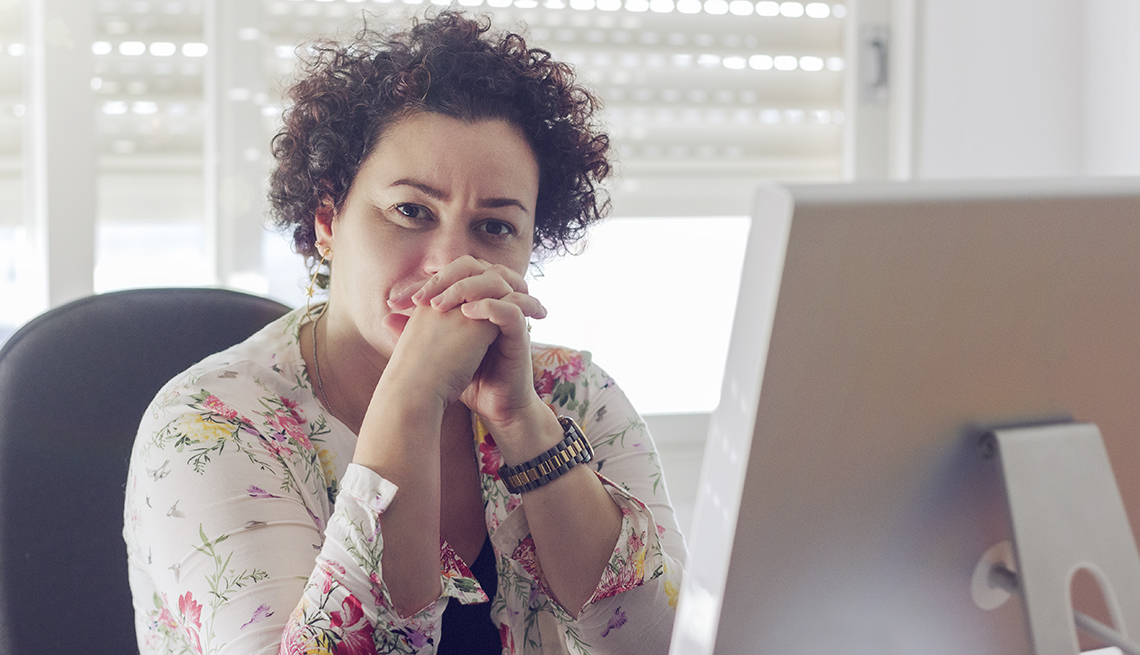 Each year, over one million women ﻿in the U.S. go through menopause, which can cause symptoms ﻿including hot flashes, weight gain, low or fluctuating libido and sleep problems. But there’s another change that carries even more health implications: ﻿an increased risk of Alzheimer’s﻿ disease.

Nearly two﻿-thirds of those living with Alzheimer’s in the United States are women, a vulnerability that may begin as early as perimenopause, and relates to estrogen.

“It’s not a surprise when you think about how many menopausal symptoms — including depression, anxiety and even cognitive fog — actually stem from the brain rather than the ovaries,” says Lisa Mosconi, ﻿director of the Women’s Brain Initiative and ﻿associate ﻿director of the Alzheimer’s Prevention Clinic at Weill Cornell Medical College/NewYork-Presbyterian Hospital.

Research backs her up. study Mosconi published this past June in the journal Scientific Reports scanned the brains of 161 women between the ages of 40 and 65 who were in various stages of perimenopausal and post-menopausal transition. She found a trove of data on brain changes during menopause, including a decrease of both gray and w﻿hite matter, increases in deposits of the Alzheimer’s-associated protein amyloid beta, and a decrease in glucose, the main fuel source for your body’s cells.

And estrogen plays a role in all of them. “We think about this hormone as mainly a reproductive hormone, but it’s actually the ‘master regulator’ of the female brain,” she explains. “It literally pushes neurons to burn glucose to make energy﻿"﻿; ﻿it’s also involved in growth, plasticity and immunity. As a result, it keeps your brain younger and healthier﻿, she ﻿says.

As estrogen declines with age, she notes, "your neurons start slowing down and age faster.” This ﻿causes not only cognitive changes such as depression, anxiety and trouble concentrating, but other menopause-related symptoms. “When estrogen doesn’t activate the hypothalamus in the brain, it can’t regulate body temperature, which leads to hot flashes,” she explains. “When it doesn’t activate the part of the brain﻿ stem in charge of sleep and wake, we develop insomnia. And when it can’t activate the amygdala, the memory center of the brain, we get depressed, anxious — even forgetful.”

But there is some hopeful news. A recent study coauthored by Mosconi and published in November in the medical journal Neurology found that greater lifelong exposure to estrogen — for example, having more children, taking oral contraceptives or being on hormone replacement therapy — seems to counter these effects. Study subjects who fit one of those criteria actually showed more gray matter (responsible for memory and emotions) ﻿than others ﻿in the study.

When ﻿Mosconi and her colleagues set out to do this study, ﻿she didn’t ﻿hypothesize that having more kids would be protective﻿ —﻿ if anything, ﻿she thought it would have the ﻿opposite effect. “But it seems that when women become mothers, it primes their brains to be more responsive to certain aspects of life that require strong memory, attention and focus﻿," Mosconi says. ﻿"So, while transitioning into menopause makes the female brain more vulnerable, all of these other reproductive history events make it more resilient.”

It's too early to say whether or not peri﻿- and post-menopausal women can benefit by going on hormone replacement therapy (HRT), cautions Mosconi. While earlier studies found that HRT d﻿id lower ﻿the risk of dementia, other studies ﻿have found that ﻿it either did nothing or that it slightly elevated dementia risk. ﻿Still, there are other things you can do to protect your brain as you go through menopause, she stresses. These include:

The Mediterranean diet﻿, in particular﻿, is especially supportive of women’s brain health, says Mosconi.﻿ Her 2018 study published in Neurology,﻿ for example, found that people who ﻿strictly followed this eating pattern﻿ —﻿ rich in fruits, vegetables, whole grains and healthy fats such as olive oil﻿ —﻿ had fewer beta-amyloid deposits in their brains (a harbinger of Alzheimer’s) than those who﻿ did not.

“What's interesting about this diet is that it's also quite rich in foods that contain phytoestrogens, or plant estrogens, such as flaxseeds, sesame seeds, dried apricots and legumes,” Mosconi explains.

Women with high physical fitness at middle age were nearly 90 percent less likely to develop dementia decades later ﻿than women who were more sedentary, according to a 2018 ﻿Swedish study published in Neurology. Five percent of the highly fit women developed dementia over a 44-year period, compared to 25 percent of ﻿the moderately fit women and 32 percent of the women with low fitness.

“Exercise might be even ﻿more important for women, because we tend to exercise less than men beginning in college,” Mosconi explains. ﻿"You don’t have to run a marathon﻿ —﻿ just aim for moderately intensive exercise most days of the week.” Plus, exercise has also been shown to be protective against menopausal symptoms such as hot flashes, she notes.

Get a grip on stress

﻿As Mosconi explains, studies show that chronic stress, especially when accompanied by high cortisol levels, accelerates brain shrinkage in midlife and correlates with poor memory. And this is the case for women more than men. Mindfulness techniques such as meditation or yoga may help﻿. ﻿

A 2016 study published in the Journal of Alzheimer’s Disease found that people﻿ ages 55 ﻿and older who enrolled in a 12-week program consisting of an hour of a type of meditative yoga once a week﻿, as well as ﻿12 minutes of at-home meditation, had significant improvements in both verbal memory (the ability to remember word lists) and visual-spatial memory (the ability to find and remember locations).

Lay off the cigarettes and ﻿watch the booze

Get other health conditions under control

Ultimately, it comes down to taking the time to nurture yourself, says Mosconi. “Midlife is such a big turning point in a woman's life, especially as they go through menopause﻿.﻿ It's a time when we should be taking extra care of ourselves, rather than less﻿ —﻿ our brain health really depends on it.”

How to Tame a Hot Flash

Hallie Levine is a contributing writer and an award-winning medical and health reporter. Her work has appeared in ﻿The New York Times, Consumer Reports, Real Simple, Health and Time, among other publications.

The 7 Worst Habits for Your Brain

Bad choices and everyday missteps could harm your cognition. Here's how to combat several of them.

All Your Menopause Questions ... Answered

Proven advice on 'the change' from top experts