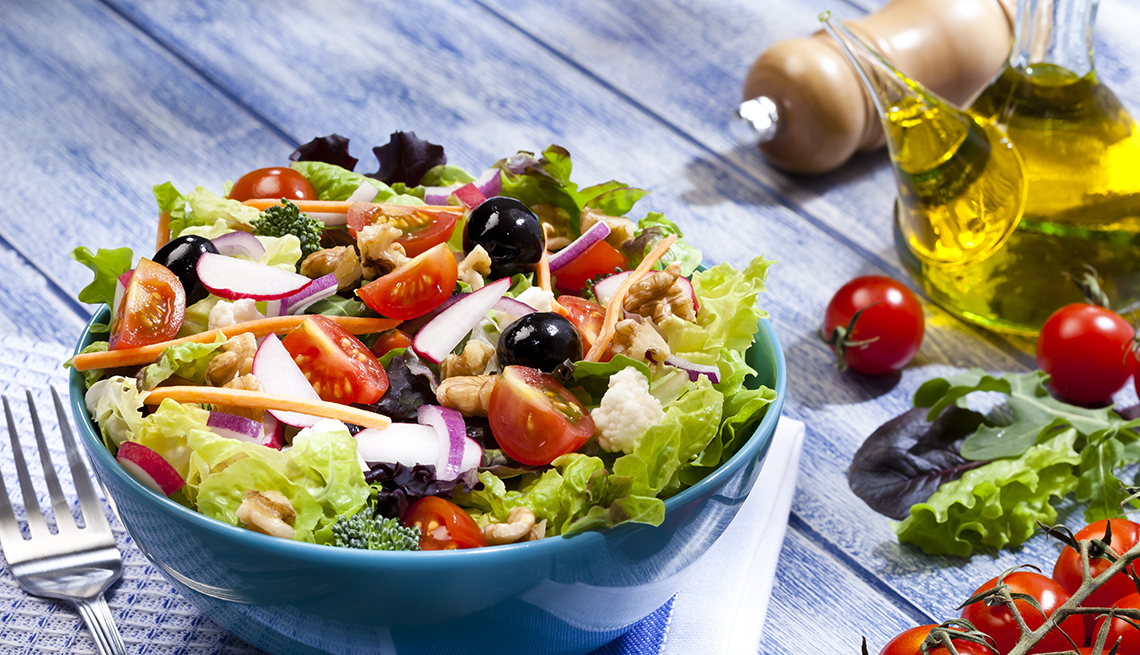 En español | Last year’s Alzheimer’s Association conference made headlines with the release of studies showing that a healthy diet, along with other lifestyle factors, can slash your risk of dementia by  a third. To find out why exactly that might be the case, researchers have hunted for answers, among other places, in the gut microbiome, the trillions of microorganisms that live in our digestive tracts. Certain changes in these bacteria have been linked to various inflammatory and autoimmune conditions, such as obesity, diabetes and inflammatory bowel disease. But scientists also discovered that some types of microbiome bacteria can promote buildup in the brain of specific proteins known as amyloid and tau proteins, which are linked to Alzheimer’s disease. In mouse studies, dietary changes that alter the microbiome in turn reduce amyloid plaques, lower inflammation and — bingo — improve memory.

Research released at today’s conference suggests another link along the digestive tract: that a person’s ability to metabolize certain lipids — fatlike substances found in blood and body tissue that actually make up most of your brain — also can affect the risk of developing Alzheimer’s and other dementias. “If your body has trouble producing or moving lipids around, it may impact your brain structure and its function,” explains Heather Snyder, senior director of Medical and Scientific Operations at the Alzheimer’s Association.

While this research is still in its infancy, it has the potential to be game-changing. “It may help us develop better diagnostic tests for the disease in the future, as well as to better understand why some people progress rapidly over a year, and some more slowly over 15 years,” says Jagan Pillai, a neurologist at Cleveland Clinic.

What the Studies Show

Two of the studies looked at the impact of lipids on Alzheimer’s risk. One study, by researchers at the University of Pennsylvania and Duke University, found that low levels of a certain type of lipids, plasmalogens, are linked to higher Alzheimer’s risk. (Some of these plasmalogens also contain two omega-3 fatty acids that are vital for brain health.) The second study, done at the University of California, Davis, looked at 800 older adults, some healthy, some with mild cognitive impairment and some with full-blown Alzheimer’s. They also found that people with Alzheimer’s had many problems with lipid metabolism, such as difficulty absorbing lipids that contain EPA and DHA. In addition, giving these patients fish oil supplements failed to bring these lipids back to normal.

“These studies seem to show that if, for whatever reason, your body has trouble producing certain lipids, it impacts what’s going on in your brain,” explains Snyder. This may also explain why fish oil supplements have had mixed results in clinical trials when it comes to warding off dementia. “Some people just aren’t able to absorb them, for unknown reasons,” Snyder says.

A third study, at Indiana University, examined the bile acids — substances made by your liver that help break down fat — in older adults who either had early-stage Alzheimer’s or were at increased risk of the disease. They found that high levels of certain bile acids were increased in people with Alzheimer’s and were linked to cognitive decline, reduced brain glucose metabolism and greater brain atrophy, as well as higher levels of amyloid and tau proteins. “We still have a lot to tease out: Are these changes in bile acids causing changes in the brain, or is it the other way around — that something happening in the brain leads to alterations in digestion?” says Snyder. “But information like this could ultimately be used to develop better diagnostic testing for Alzheimer’s.”

There are more than 40 different risk genes associated with Alzheimer’s. The last study, out of Erasmus Medical Center in Rotterdam, looked at some of these genetic variations and found that two — including the strongly associated APOE-e4 — were significantly associated with lower levels of cholesterol components that help keep brain cell membranes healthy and strong. Other genes were associated with higher or lower levels of certain bile acids. “Alzheimer’s researchers haven’t paid much attention to these sorts of markers in the past, but this research suggests that perhaps we should,” says Gary Small,  professor of psychiatry and biobehavioral sciences at the David Geffen School of Medicine at UCLA. “This may help us understand how these underlying mechanisms contribute to Alzheimer’s disease, and thus unlock strategies for more effective treatments.”

While much of this research is intriguing, it’s still in its infancy, cautions Small. In the meantime, “the microbiome is certainly a very interesting area of study right now, not just for Alzheimer’s but for brain health and mood,” he notes. In the meantime, you can help keep all your organs, including your liver, GI tract — and yes, brain — in tiptop shape by eating a diet high in fruits, veggies, whole grains and healthy fats such as fatty fish and olive oil, while limiting saturated fats and sugars.