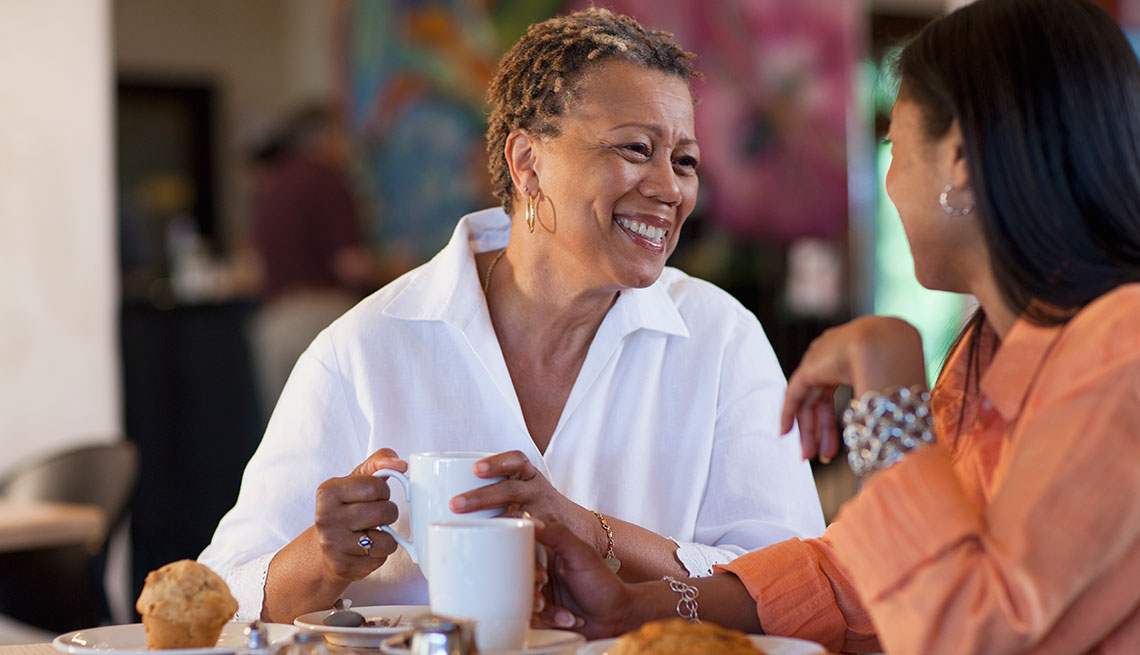 Spending even less than 10 minutes a day chatting with those who have dementia can substantially improve their quality of life, according to new research. Previous studies indicate that many dementia patients in nursing homes enjoy no more than two minutes of social interaction daily.

The team that led the new study, published in the journal PLOS Medicine, evaluated the effects of 60 minutes of conversation a week — about 8½ minutes a day — on dementia patients. Researchers found that one-on-one interaction lessened the dementia patients' agitation levels and even any pain they were experiencing. As a result, researchers suggest that nursing homes implement a more personalized approach when it comes to their residents.

The research team, led by the University of Exeter, King's College London, and Oxford Health NHS Foundation Trust, studied 847 people with dementia in 69 care homes in England over a nine-month period.

Lead researcher Clive Ballard of the University of Exeter medical school told the BBC: "Often there's a lot of nihilism around dementia, that people think that it's really awful, which it is, but think there's nothing you can do about it. I think what this is suggesting is that actually relatively simple things, if implemented robustly, can actually make a real difference to people's quality of life."

He said a person-centered approach — which is about getting to know each patient as an individual — is also cost-effective.

As part of the study, those caring for dementia patients were trained to be better communicators. They were taught how to take a greater interest in their patients by questioning them about their hobbies and family members. The result was an improvement in quality of life, with the greatest benefits seen among those with moderately severe dementia.

The number of people with dementia worldwide is currently estimated at 47 million and is projected to rise to 75 million by 2030, according to the World Health Organization.

Previous research has also emphasized the importance of social connections when it comes to healthy aging. For example, a study published in late 2017 linked marriage with a decreased risk of dementia. That study, which involved more than 800,000 people worldwide, found that those who never marry have a 42 percent higher risk of developing dementia in comparison to married couples, after adjusting for age- and sex-related risk factors. Those who have been widowed are also at greater risk, with a 20 percent higher chance of dementia.

To ward off dementia, experts say you should walk more, get at least seven to eight hours of sleep a night and, again, build a social network that includes a close circle of friends and family members.