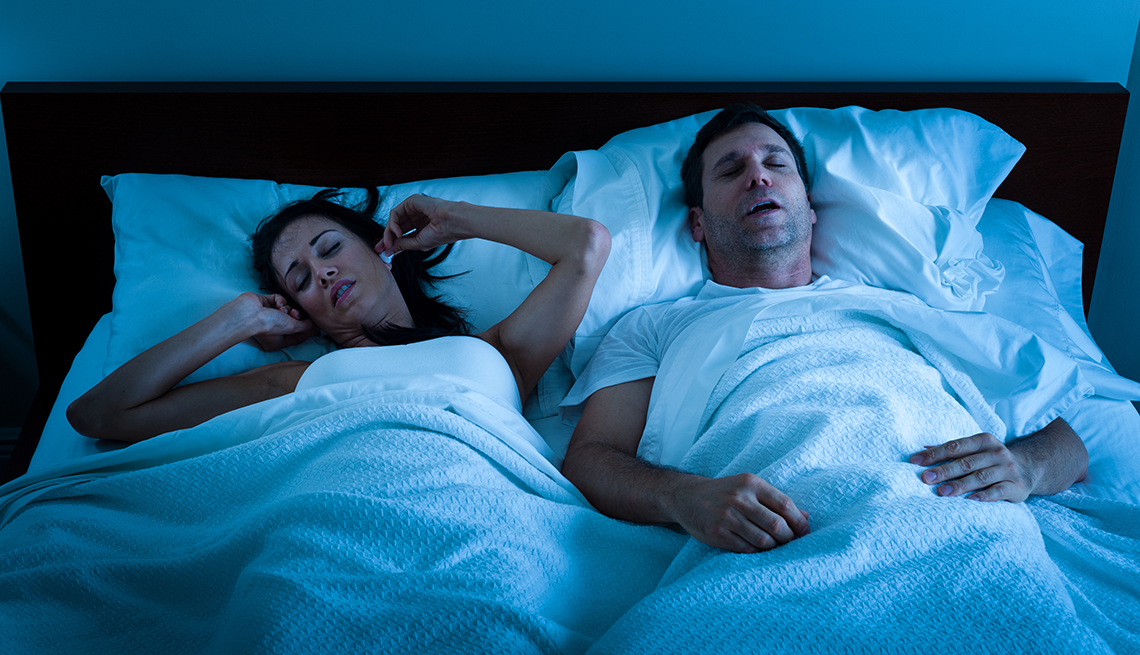 Researchers found that sleep-disordered breathing leads to a buildup of brain beta-amyloid, a key marker for Alzheimer’s disease.

New studies released at the Alzheimer’s Association International Conference in London this week show more evidence that sleep apnea contributes to a greater risk of dementia. The research also suggests that any sleep-disordered breathing may accelerate the progression to Alzheimer's disease.

The link between apnea (not breathing), hypopnea (under-breathing) and dementia had been identified before, with age being the most common explanation, because the sleep breathing problems tend to strike older adults. But today’s findings suggest that sleep-disordered breathing leads to a buildup of a key marker for Alzheimer’s.

In earlier research “there was speculation that the gene that puts you at risk for Alzheimer’s might also put you at a higher risk for sleep-disordered breathing,” says Megan Hogan of Wheaton College in Wheaton, Ill., the lead author on one of the new studies.

Working with data from the Alzheimer’s Disease Neuroimaging Initiative, Hogan and colleagues found that sleep-disordered breathing leads to a buildup of brain beta-amyloid, one of the key markers for Alzheimer’s. The plaque, identified on a PET scan, “starts to build up before symptoms of dementia begin — and the greater the buildup the greater the symptoms you will have of the disease,” Hogan says. Studying both cognitively normal individuals and those with mild cognitive decline, researchers found the same result: that beta-amyloid accumulated faster in subjects with sleep-disordered breathing than in a control group without it. Says Maria Carrillo, the Alzheimer Association’s chief science officer: “Sleep apnea actually accelerated the movement into mild cognitive impairment diagnosis for individuals who had been cognitively healthy just a few years prior.”

How is it happening? “We think that oxygen deprivation could accelerate the process that creates beta-amyloid,” says Hogan. Another possibility: Missing out on enough REM sleep could mean that the brain’s glymphatic system — a kind of nocturnal cleanup squad — doesn’t have enough time to clear away the protein that turns into the problematic plaque.

While the news is chilling for those who use, or should use, a CPAP machine for apnea, it’s hopeful for Alzheimer's research. Experts say the relationship indicates that treating sleep apnea could slow the progression for those in the early stages of the as-yet-incurable disease.

Should You Get A PET Scan?

Since 2012 — when binding agents that make beta-amyloid visible on a PET scan were discovered — neuroimaging has contributed to major leaps in Alzheimer’s research. Brain scans are also a highly effective way to find out if you, or a loved one, might be suffering from the disease, even in its early stages. (Analyzing cerebral spinal fluid obtained with a lumbar puncture can also test for the disease, but that procedure is used far more commonly in Europe than in the United States, says Carrillo.)

Getting a PET scan of your brain is relatively easy: After an injection (of that binding agent), you spend time in a full-body scanner as you would with an MRI. The results, Carrillo notes, “can be huge in understanding what you’re dealing with and directing the course of treatment.” While the Alzheimer’s Association doesn’t recommend PET scans for “the worried well,” it is advocating for greater coverage of them through Medicare.

Studies released at the association's conference show that approximately 60 percent of dementia cases are missed in clinical practice and that brain amyloid PET scans led to a change in diagnosis in approximately 20 percent of cases.