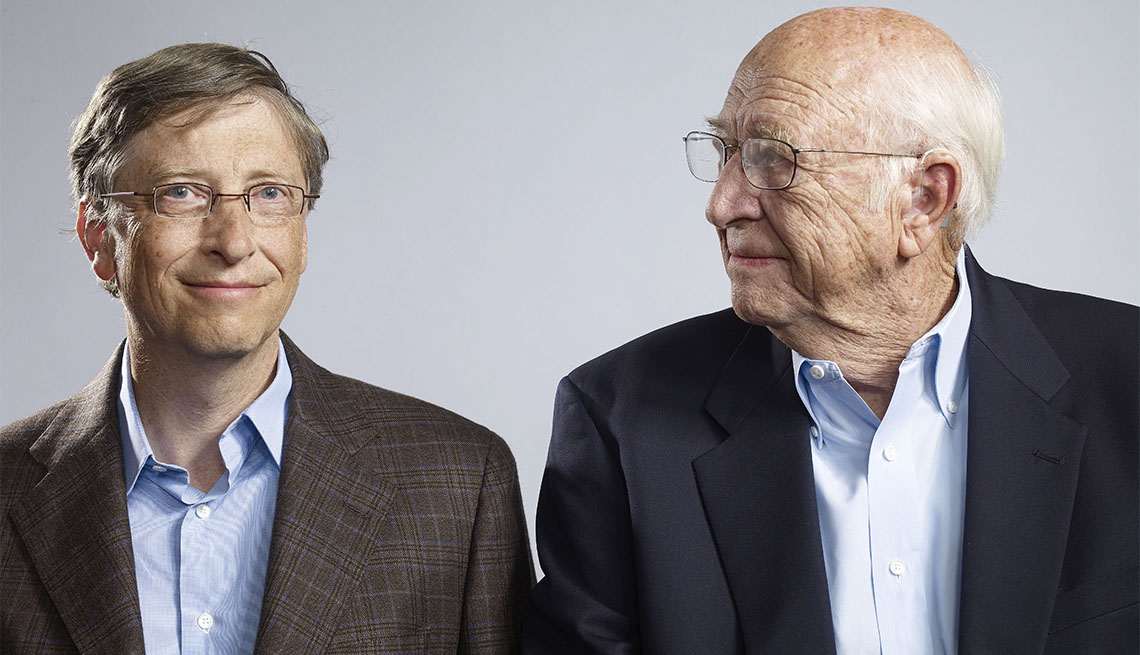 Billionaire Bill Gates, 62, next to his father Bill Gates Sr., 92, who has Alzheimer's disease.

Bill Gates, who is donating $100 million to help find a cure for Alzheimer’s disease, has revealed in an interview that his 92-year-old father, Bill Gates Sr., has the illness.

Gates made the disclosure in an interview with journalist Maria Shriver on NBC’s Today program. Shriver’s father, former activist and politician Sargent Shriver, died of Alzheimer’s in 2011.

Gates, 62, noted the enormous emotional and financial toll Alzheimer’s takes on families, and the fact that an aging population will make the disease more common without effective treatments.

“Only by solving problems like this can we take these medical costs and the human tragedy and really get these under control,” he told Shriver.

He admitted to worrying that he also might contract Alzheimer’s one day, saying he wanted “my brain to stay intact as long as possible.”

The Microsoft cofounder is also cochair of the Bill and Melinda Gates Foundation, the world’s largest private foundation. But this money is coming from his personal fortune.

He hopes the money will encourage new routes to research for the disease, which is difficult to treat and for which there is no known cure.

“More and more people are getting Alzheimer’s, and it’s a tragic disease," he told Shriver. "I really believe that if we orchestrate the right resources, it’s solvable.”

The money includes $50 million that will go to the Dementia Discovery Fund (DDF) of Britain, Gates said last year in an interview with AARP. “DDF works with a great team of scientists and partners from government and business. That’s exactly the sort of collaboration needed to make progress,” he said.