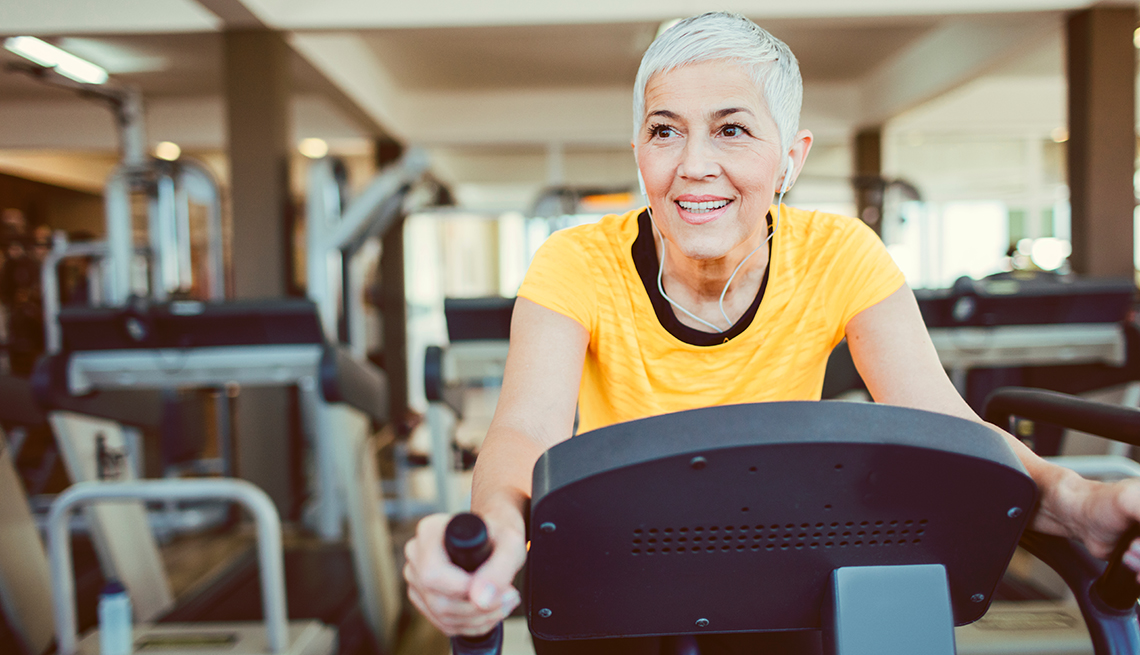 Here’s one more reason to add getting fit to your list of New Year’s resolutions: A new study published today in Neurology found that aerobic exercise improved some cognitive skills in older adults at risk for dementia.

Researchers assessed 160 adults age 55 and older with cognitive impairment, which causes problems with memory, concentration and decision-making and is linked to an increased risk of progressing to dementia. Over six months, participants who did 35 minutes of aerobic exercise, such as jogging or cycling, three times a week showed significant improvement in executive function — the set of skills needed for planning, problem-solving and decision-making. They did not, however, improve on memory-specific tests.

The biggest improvement in cognitive function, which also includes cognitive processing speed, was found in the group who exercised and followed the blood-pressure-friendly DASH diet. These participants improved their scores on such thinking tests by the equivalent of reversing nearly nine years of aging. At the outset, they had a mean age of 65 but executive-function scores consistent with people in their early 90s. After six months on the diet-and-exercise regimen, their scores corresponded with the performance of people who were 84 years old.

Diet alone, however, was not linked to improvements in executive function. Nor did the researchers find improvements in memory for diet shifts or any combination of exercise and diet. Still, working up a sweat can't hurt. Past research has linked aerobic fitness to a host of other health benefits, including improved word recall, lower blood pressure and a better night’s sleep.

In this case, the authors say their results should be interpreted with caution because of the study’s small size. More research is needed to figure out how to best bolster brain health through a combination of diet, exercise and other possible lifestyle changes.

More on Exercise and Brain Health