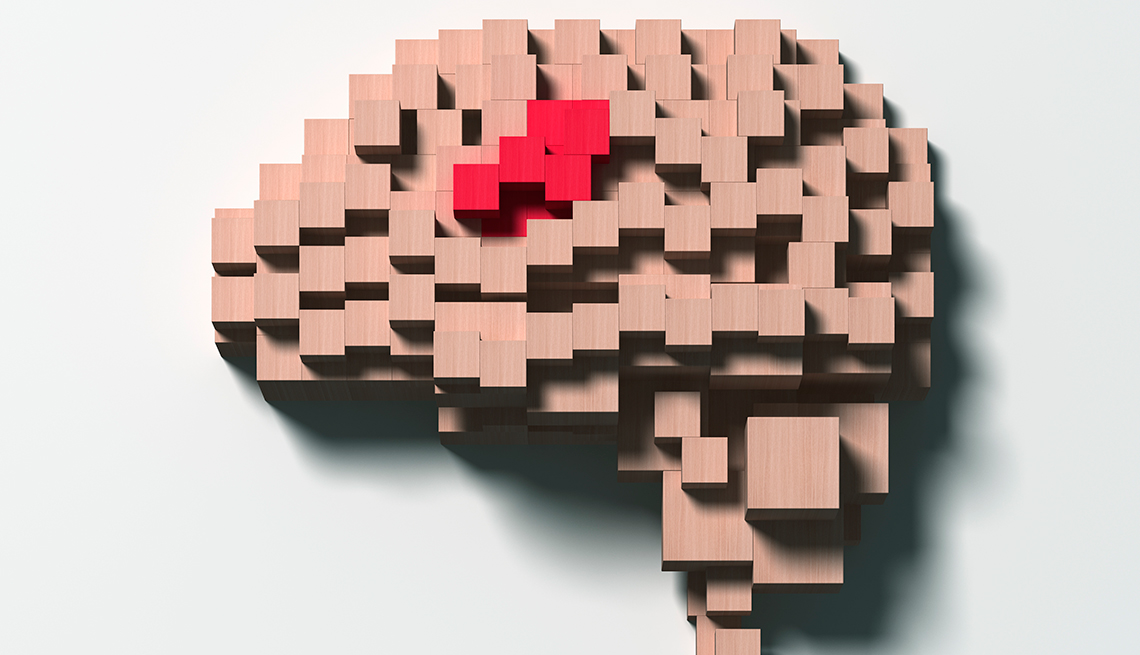 John Walsh, the 69-year-old longtime host of America's Most Wanted and, this year, of The Hunt on CNN, has also been for decades a serious semipro polo player. And it was when those two worlds collided that Walsh, who estimates he has broken about 40 bones along with suffering several concussions while playing polo, began to pay attention to his brain.

"After the show [The Hunt] was launched, I noticed I was having a little bit of trouble memorizing the big scripts," says Walsh, who is also a national spokesman for Greatcall, a medical alert service. "I've had two skull fractures, two broken noses, six concussions — I used to be able to memorize those scripts in an hour. But I'd get confused, and my short-term memory wasn't so great."

Walsh began consulting with neurosurgeons at the Mayo Clinic. "The doctors told me it's difficult to diagnose, but they can monitor it," Walsh says. Now he gets regular CT scans of his brain and does various mental exercises, such as crosswords and word games.

"It takes courage to let your doctor know there may be something wrong," he says. "Most importantly, it means knowing there's a problem and going for the exams."

Walsh speaks for many older Americans whose head trauma earlier in their lives may begin to manifest itself after they turn 50. Scientists divide such trauma into transient brain injuries — where symptoms dissipate after seven to 10 days — and more severe traumatic brain injuries that have long-term cognitive consequences.

The symptoms of delayed brain trauma have been recognized in professional athletes for years. Tony Dorsett, 61, is a Hall of Fame running back who played with the Dallas Cowboys. After a concussion-filled career, he's been diagnosed with serious brain trauma. "I'm doing pretty good, for the most part, I guess," he says.

He urges people over 50 to "stay active, keep reading, do puzzles, go to movies, talk about books — the thing to do is engage people." He also advocates exercise — "get that adrenaline flowing, that rush through your body, that blood to your brain."

"This problem is not unique to athletes," says Robert Cantu, a clinical professor in Boston University's Department of Neurosurgery and a senior adviser to the National Football League on head and neck injuries. "Repetitive head injuries can be the result of physical abuse, car accidents, multiple falls. You may be at risk for CTE [chronic traumatic encephalopathy] later in life."

CTE and related head injuries can lead to short-term memory problems and difficulty in making reasoned judgments and decisions. For a person in his 50s, these symptoms could be the result of head trauma.

"If you had a loss of consciousness earlier in life, there may be greater likelihood of the onset of cognitive changes later in life," reports Munro Cullum, professor of psychiatry, neurology and neurotherapeutics at the University of Texas Southwestern Medical Center in Dallas.

Join the discussion: Diet and memory do you think they are connected?

Recovery time among older people is dramatically different from younger patients. David Cifu, director of physical medicine and rehabilitation programs for the national Veterans Health Administration and chairman of the physical medicine and rehabilitation department at Virginia Commonwealth University School of Medicine in Richmond, estimates that those over 55 who suffer a moderate to severe concussion recover to about the same degree as younger patients. However, he observes, the recovery time may be twice as long as that for younger patients — a year or more for some seniors.

For example, seniors who have been injured in falls or accidents involving brain trauma "don't bicycle as well or walk as fast as they did" before the injury, Cifu says. "Clinicians shouldn't give up too soon — and families shouldn't either."

When she was 10, Melanie Werth fell off a horse, hit her head on pavement and was unconscious for about 20 minutes. When she was 16 her boyfriend had a car accident, and she was knocked out again. A year or so later, she was riding her bicycle "really fast" on a country road when she skidded on a patch of gravel. She was knocked unconscious and broke her shoulder.

In her mid-40s, she began experiencing loss of memory. "I knew my name, I knew my husband, I knew my daughter," she recalls, "but I couldn't remember how to take my daughter to school. I forgot how to cook." She went to several doctors, including a psychiatrist, who prescribed various medications, none of which worked. "I couldn't do things anymore that I had done all my life," she says. It wasn't until she went to an endocrinologist that she started to get better. "She helped me a lot," Werth says. She began running, changed her diet and took up meditation. Today the 58-year-old real estate agent in Fort Worth, Texas, believes these actions "have helped me find my way back to who I was. I feel good about doing my job. I feel competent again."

Kevin Audley, 50, a counselor in Olathe, Kan., was a 20-year-old University of Kansas student in 1985 when he fell 2 1/2 stories from his frat house to the concrete sidewalk below during a party. He didn't know the punch was spiked with grain alcohol. He spent a week in the intensive care unit. Besides injuries to both knees and his elbow, he also suffered a concussion.

Today he's a successful contributor to books, has launched several websites, counsels dozens of clients — but has trouble remembering what a friend had for lunch. "I don't hit the save button for my short-term memory," Audley says.

Americans over 50 who suffered what doctors call a "single uncomplicated" concussion earlier in life usually don't have to worry about cognitive impairment later, says Amy Jak, associate professor in residence in the Department of Psychiatry at the University of California in San Diego. She adds, however, that those who suffered a "moderate to severe traumatic brain injury may raise the risk factor." She cautions that other health factors may also elevate the risk: high blood pressure, diabetes, genetics and mood. "You should manage your health concerns," she says, "your mood concerns. Depression can also contribute to cognitive problems." She strongly recommends exercise to promote and preserve mental health.

One intriguing new therapy still very much in the discovery phase is the use of deep brain stimulation (DBS) as a way to enhance memory. DBS has been used on patients with Parkinson's disease, depression, epilepsy and other illnesses. It consists of implanting microelectrodes that send small shocks into specific areas of the brain to restore disrupted functions.

Kendall Lee, a professor of neurosurgery and biomedical engineer at the Mayo Clinic in Rochester, Minn., has been in the forefront of the application. He has called it "a pacemaker for the brain." Research has just begun on the use of DBS for improving memory, but Lee believes that enough has been learned already to support further research. "It's pretty far off," he says, "but it's very important that it is under investigation."

Meanwhile, John Walsh is sold on his new brain-health regimen. He checks in every six months with a neurologist and has even cut back on his polo playing — though his first granddaughter may play a role in that behavioral change.

The man who growls that he has "brought 1,300 dirtbags to justice" over 27 years is now content to slow down a step or two: "I'm learning to listen."

And Tony Dorsett stays active by chasing Hawke, his year-old grandson. "He wants to get busy," says Dorsett. "He was over here yesterday and we went for a walk and I'm telling him, 'Slow down, slow down!' "

Mike Tharp is a veteran reporter who teaches journalism at Tarrant County College in Texas.