En español | Sure, you want to keep your grocery bills under control. But sometimes it pays to spend a little bit more on what you eat. Here are 10 foods that could be worth every extra penny. 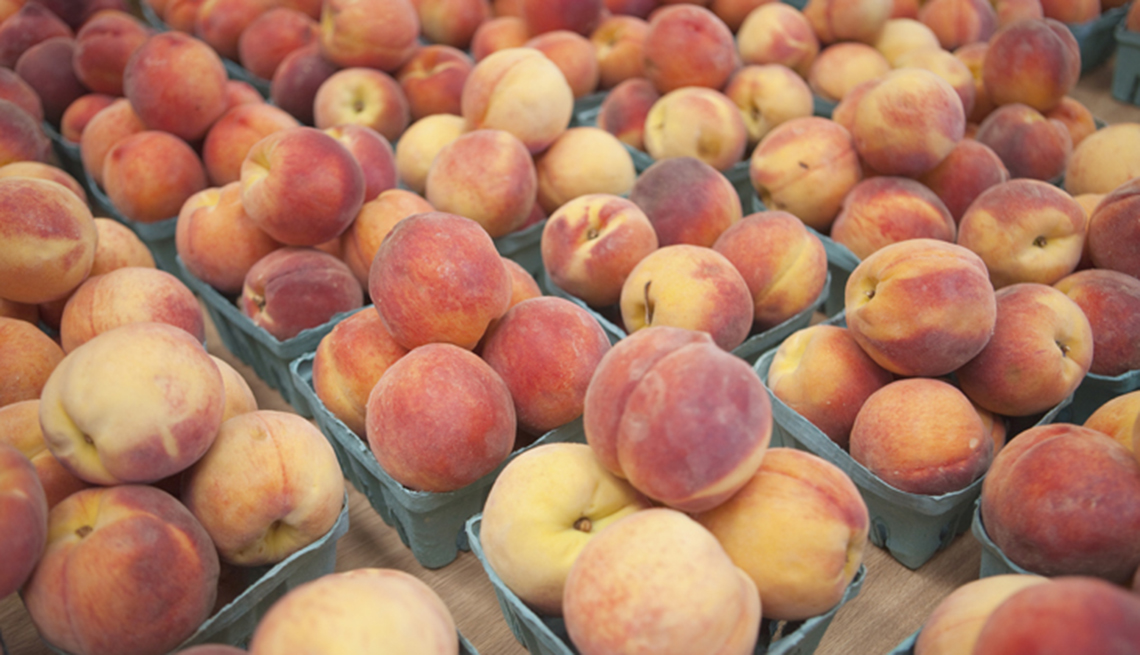 Eating organic can help you avoid harmful pesticides and hormones.

They're currently the top offender on the non-profit Environmental Working Group's "Dirty Dozen" list of most-polluted produce (celery and strawberries are the next biggest offenders).

The organization says 98 percent of conventional apples contain pesticide residues. You can buy certified organic instead, but also consider patronizing small producers who follow the same ethos without the cost-boosting paperwork.

Certified organic products are produced without use of most conventional pesticides. Plus, the organic standards prohibit use of irradiation, sewage sludge, synthetic fertilizers and genetically modified materials, while animals must be given no antibiotics or growth hormones.

If farmers market vendors say their food is "spray-free" or "pesticide-free" or "hormone-free," ask what that means. It may tack on an extra 10 to 20 percent to the price, but it may be worth it.

Discounts for AARP Members — Save on restaurants, groceries, movies, concerts and more

Farmed Atlantic salmon is a few dollars per pound cheaper than wild-caught Pacific salmon, but it's also been linked to high levels of PCBs and antibiotics overuse. Wild salmon is pricier but cleaner; the canned version is budget-friendly, going for around $3 at Trader Joe's. Frozen salmon is also fine.

If worries about overuse of antibiotics in animals don't make you go organic (organic milk can cost half-again as much as conventional milk), at least look for labels that specify cows have not been treated with rBST. This is a hormone used to increase milk production; it's banned in the European Union and Canada.

The American Cancer Society says it's "not clear" whether milk produced using the hormone adds to the risk of cancer, taking no stand on its use, but notes that it does cause health problems for cows. Milk from smaller farms, which might pasteurize at lower temperatures or use grass-fed cows, can also taste far less bland than big brands.

By some counts, up to 70 percent of ground beef in the nation contains the filler dubbed "pink slime"-fatty scraps that have been heated and centrifuged to separate out lean bits of meat and treated with ammonium hydroxide.

The USDA says this is safe to eat, and companies aren't required to list it as an ingredient. But the risk factor is still causing an uproar. To avoid it, go for certified organic beef, or meat from local producers who don't use national processing plants. Another option is to ask your local market to grind your beef from whole cuts, which also helps you avoid other health worries.

Most canned tomatoes contain bisphenol-A, a controversial endocrine disrupter. While some manufacturers are going BPA-free, it's particularly hard to make a BPA-free canned tomato because of the fruit's acidity.  But Muir Glen organic canned tomatoes are now BPA-free; Eden Foods offers organic tomatoes in glass jars. Shelf-stable boxed tomatoes are another option. Most campaigns against BPA center on pregnant women and babies, but some studies link it to adult diabetes and heart disease too.

Salmonella is so common in raw chicken that government guidelines assume it's there and treat the meat accordingly. You can avoid getting sick from salmonella by avoiding cross-contamination and cooking the meat properly, but why not lower the odds that the birds you're eating are infected?

One study found salmonella in 39 percent of conventionally raised chickens, but only 6 percent of organic birds from the same farm.

It's No. 2 on the Dirty Dozen list this year, and the Environmental Working Group says it's also one of the vegetables most likely to contain multiple pesticides. Ninety-six percent of its samples tested positive for pesticides and nearly 90 percent had retained more than one pesticide. One sample was contaminated with 13 different kinds of pesticides.

Spicy tuna rolls are a mainstay of grab-and-go sushi packs, but a recent outbreak of salmonella brought attention to the food's origins. The rolls typically include "tuna scrape," flesh scraped from fish skeletons, frozen in large blocks, and generally shipped to the U.S. from overseas.

The "scrape" isn't inherently more dangerous than other raw fish, but, like ground meat or any other product combining ingredients from large numbers of animals, a single contaminated animal can spark a widespread outbreak. Slices of nigiri sushi should be safer. Ask your supplier where it sources the fish for the chopped stuff in its rolls.

While they're No. 4 on the Dirty Dozen list when it comes to total contamination (strawberries are No. 3), the Environmental Working Group says its peach samples had been treated with a greater number of pesticides than any other produce, with combinations of up to 57 different chemicals.

Apples came close behind, with 56 separate pesticides. Raspberries, though No. 24 for the amount of total contamination, had retained up to 51 different pesticides.

There are plenty of environmental and political arguments for buying your food from local farmers, but there's a practical argument too, even if local food costs more. Supermarkets often select produce based on what will last the longest and be easiest to pack and ship, says Local Harvest's Erin Barnett. But locally grown produce is likelier to be bred for taste. It's also probably been harvested more recently, retaining more nutrients.

"It isn't always apples to apples when you're just checking the prices. Take into account the quality and the flavor," advises Barnett.

Rebekah Denn is a two-time winner of the James Beard Award for food writing. She is a regular contributor to The Seattle Times and Sunset magazine.