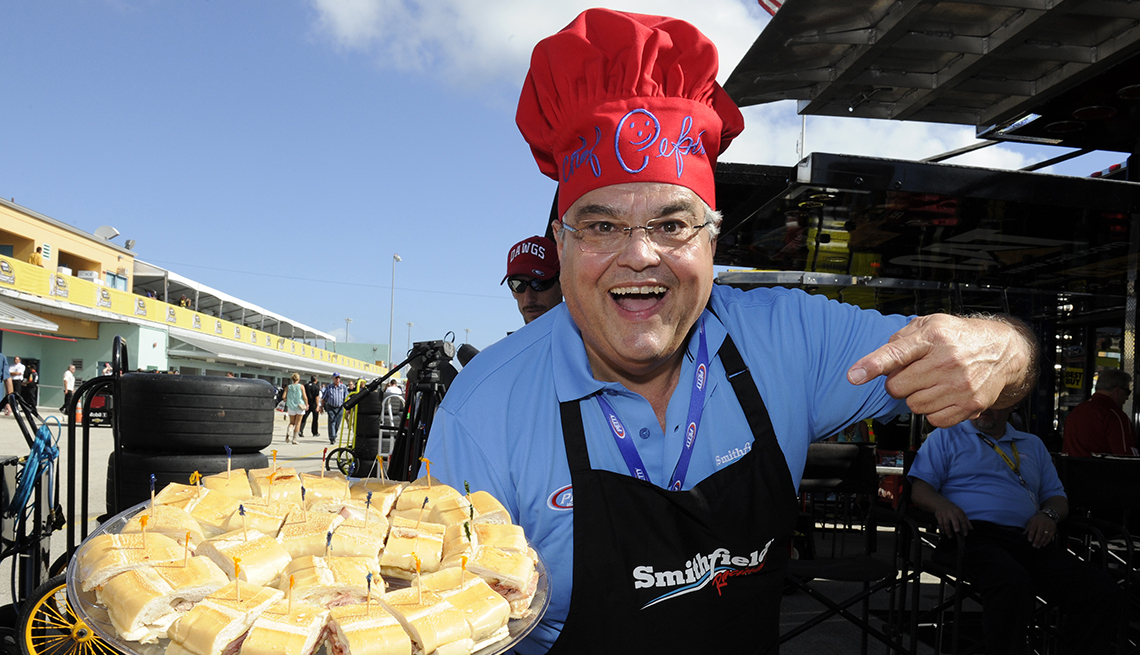 En español | Immigrating to any country can be a very challenging experience for anyone. It’s a journey to the unknown and requires a lot of adjustments. I think there is a difference between being an immigrant and an exile.

I came to the United States from Cuba as an exiled child for political reasons. The immigrant always knows he can go back home. We had a one-way ticket — no return.

When I left Cuba, my father told me: “When you get to the States, start working immediately. Don’t be a burden to anyone.” I was 12 at the time. A few days after arriving, I started delivering papers, from 4 in the morning to 5:30 a.m., 660 papers. Only God knows, but the big kick in the rear end I received at such an early age made me extremely strong and resourceful. When you know that no one can throw you a bone, you learn where to find it.

Ironically, a few weeks later, my picture and name came out in the paper as José “El Felicísimo.” What I was happy about, I don’t know, but I was always smiling.

I became an American citizen on July 4, 1976. That same day I registered to vote. I have never, never skipped an election in my life. This is the land of freedom, justice and opportunity. This country is not perfect, but, my God, there’s nothing like this country. The only limitation in this country is you, your knowledge and your drive.

Fortunately, one thing we don’t have to give up as an immigrant is our food. We all have some favorite comfort foods that transport us to a time and place in our childhood. These feelings get magnified when you are away from your homeland; you recall these foods with nostalgia. When I’m in the kitchen, I have the spirit of an orchestra conductor, the mind of a scientist and the joy of a child.

People think Cuban cuisine is very limited, but our cuisine embodies foods from Africa, Europe and Asia. Spain gave us salted codfish, salted beef and chorizos. Slaves from Africa brought their traditions of eating roots, sugar cane and plantains. And we had an influx of Chinese, who came to work in the railroads and cultivated a lot of leafy greens and vegetables.

But from wherever you are, food is unity, family and fun. Our food is our flagship, our pride. Food transports us from the womb to the tomb. Food is life itself.

— As told to Katharine A. Díaz

The brightly colored chef’s hats and aprons of José Hernández, aka Chef Pepín, are familiar to millions who have watched him prepare an endless variety of dishes on Univision’s Despierta América. The Cuban chef, 70, got his first television gig in 1987, on Univision’s TV Mujer, where he became the host of the show’s cooking segment. His colorful personality and on-camera antics quickly propelled him to celebrity status. He has written the cookbook Cocinando con Chef Pepín, appeared on radio, served as a motivational speaker and participated in many charitable causes. He and his wife, Telvy (who met on the first day of high school), have two adult children, Anamaría and José Antonio, and live in Miami.