Morgan Freeman Finds Religion in 'The Story of God'

The Oscar winner known for playing God hosts a Nat Geo series on faith, and chose one for himself

Oscar winner Morgan Freeman, 81, who played God in Bruce Almighty and Evan Almighty, brings his divine baritone to bear on the real thing in his Emmy-nominated National Geographic documentary series The Story of God (March 5–April 9, Tuesdays at 9 p.m. ET), for which Freeman traveled 70,000 miles, from Kathmandu to Jerusalem to Toronto, to interview religious leaders, scientists, historians and archaeologists, and reveal the mysteries of faith. But after all his searching, what religion did Freeman choose as his own? The same one practiced by “Bohemian Rhapsody” singer Freddie Mercury of Queen, as AARP discovered in this interview with Freeman and his coproducer Lori McCreary.

Morgan Freeman: That’s the absolute truth. That pretty much nails the whole question of religion. In Vietnam, we met members of the religion Cao Dai, who have an amazing array of holy figures — Confucius, Buddha, Jesus — and saints like Victor Hugo. All the religions of East and West are mingled into one, a salad of faith. But there are religions that think all the rest are just wrong. Cao Dai was a warrior religion, because they had to fight the French, the Japanese, and the Communists, who outlawed them.

AARP: You visited another outlaw hideout: an 1,800-year-old underground church where Christians worshipped in secret. The early Christians had a female apostle and several female prophets — and you found evidence that a woman was in charge of this early church, right?

Lori McCreary: Yes! It brought big cheers from the females on the production.

The point is, religion isn’t there to separate us, its obvious purpose is to glue society together. There’s just different ways to get there.

AARP: Is your show like that Henry Louis Gates Jr. DNA show Finding Your Roots, only instead of their ancestry, it helps people find their spiritual roots?

McCreary: We do show that religions are asking the same questions: Where do we come from, where are we going, what do we do when we’re here?

Freeman: The point is, religion isn’t there to separate us, its obvious purpose is to glue society together. There’s just different ways to get there.

AARP: TV is suddenly full of shows about God and the afterlife: The Good Place, Miracle Workers, Russian Doll, Forever, and Upload, the show in which people get to upload themselves into the afterlife they prefer. Is The Story of God part of this trend, so your timing is perfect for your third season?

Freeman: Yes — and the more the merrier.

McCreary: We’re in a time when people are looking more inward, because looking outward, things look chaotic. This may be why there’s been this rise in interest in seeing something that points to something outside of us that we can hold on to.

Freeman: Learning what religion I most closely align myself with. It was an eye-opener for me, just a stunning realization, that If I can claim a religion, it’s Zoroastrianism.

AARP: That was Freddie Mercury’s faith, born in Iran about 3,500 years ago. 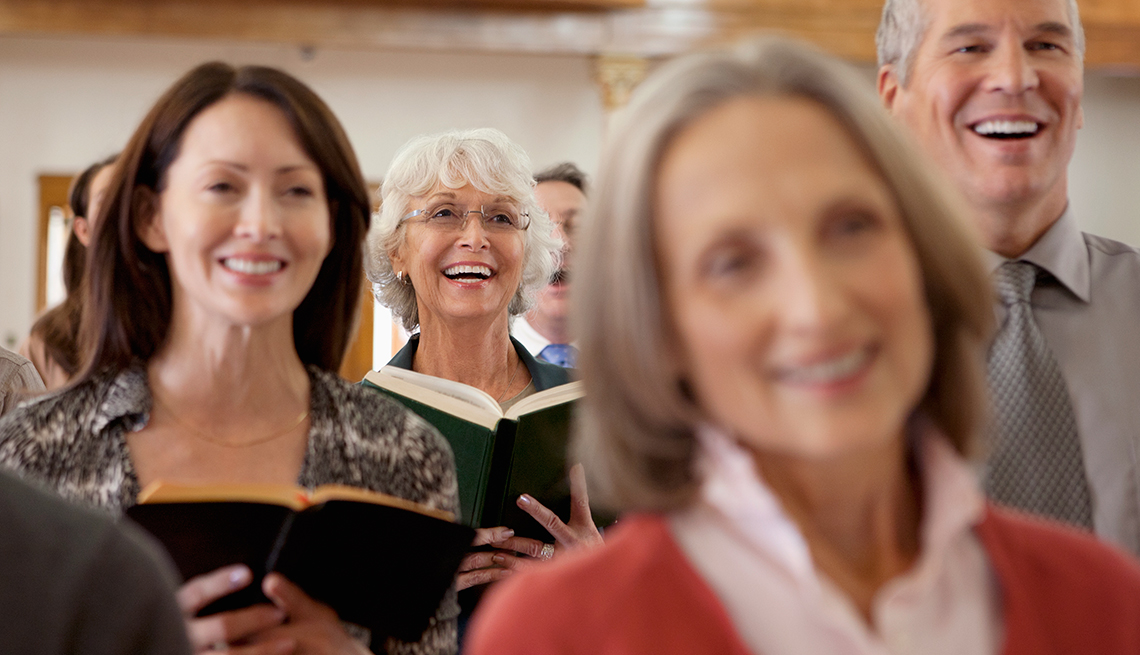