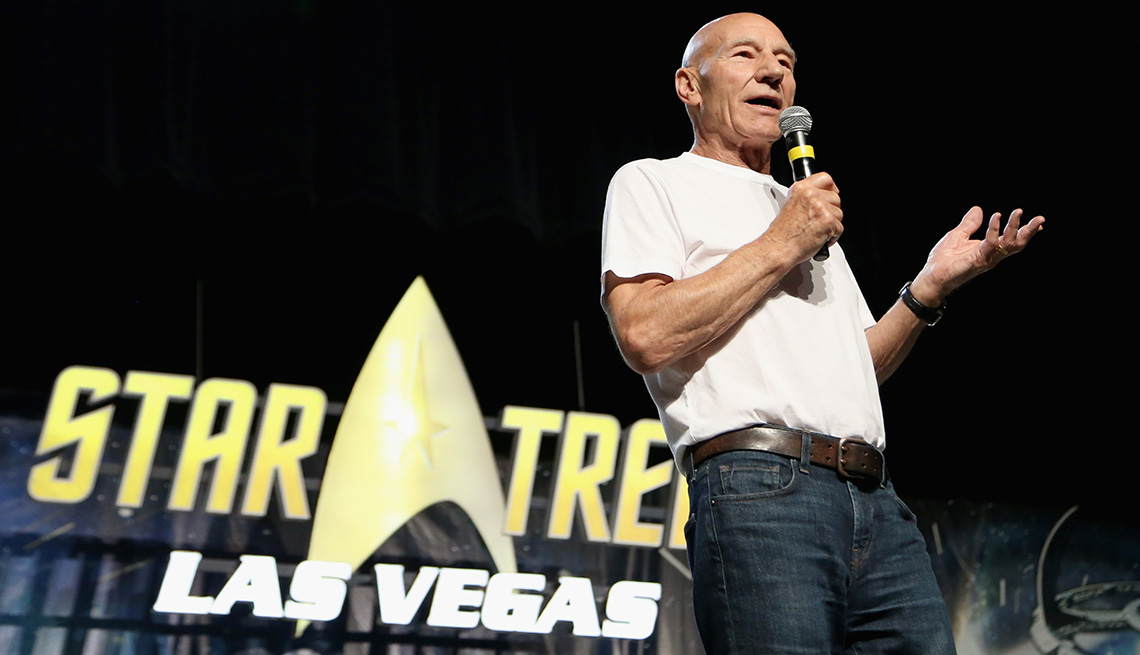 Patrick Stewart's announcement that he will once again play the tea-loving Star Trek captain Jean-Luc Picard had fans cheering at a Las Vegas Star Trek convention over the weekend and social media blowing up.

Stewart, 78, said he's “excited and invigorated” about returning to his old role for a Trek series on CBS All Access streaming service in 2019.

Stewart himself is a fan of Picard, he once told AARP: “If you want to know who Patrick Stewart is, watch Star Trek: Next Generation,” he said. “I really approve of Jean-Luc Picard. He is a very, very decent individual. I lived and breathed that man to the extent that there came a point by the second or third season — and we did seven seasons — when I didn't know where the captain started and Patrick Stewart left off. Because they became blended."

In this AARP interview, Patrick Stewart talks about what the role of Captain Jean-Luc Picard meant to him.

Stewart's enduring popularity stems from his star turn in both that seven-season series, Star Trek: The Next Generation, and in four Trek films. He bridged the gap between generations of fans, from boomers to Gen Xers.

Stewart was 53 when Next Generation ended and will be 79 when the new show, a whole new adventure produced by Stewart, Alex Kurtzman and Spider-Man 2 writer and novelist Michael Chabon, 55, debuts. Almost every penny of the $1.5 billion earned by Stewart’s films, including four Star Trek movies and the even more popular X-Men films, came after the star turned 50.

Stewart signed a long-term contract to play Picard in 1987 when his agent assured him that the show was unlikely to keep him away from theater work for long. Reviving a show so closely associated with the William Shatner-Leonard Nimoy original seemed sure to fail. As Stewart told one writer at the time, “Everyone said, ‘You cannot revive an iconic series, it is impossible.’ So come and make some money for the first time in your life, get a suntan, and go home.”

This time the revival is all about his own character, and Stewart says it will allow him “to explore new dimensions within him."  It's doubtful he'll be going home anytime soon.