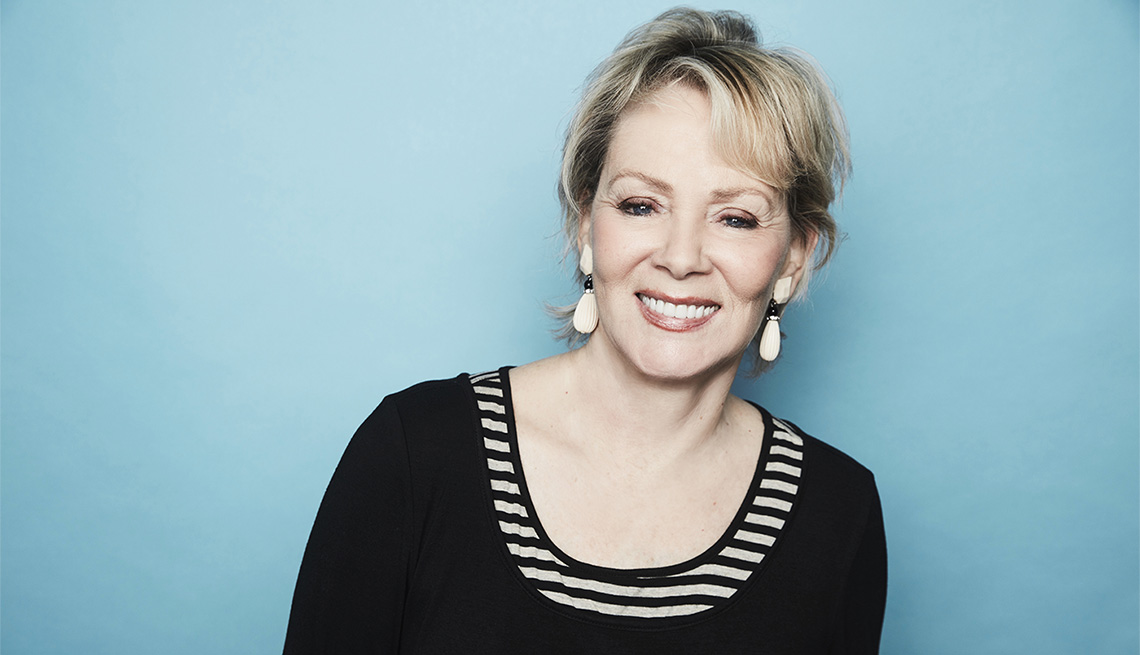 When it came to signing on to her latest role, as a psychiatrist to the mutants in the FX sci-fi drama Legion, Jean Smart took a leap of faith.

The Emmy Award–winning actress, probably best known as naive office manager Charlene Frazier in the hit ’80s sitcom Designing Women, was hot off her role as mob boss Floyd Gerhardt in the acclaimed black comedy Fargo, also on FX, when she was approached by Legion creator Noah Hawley with an offer to join his new series. The catch? The character was a bit of a mystery.

“I actually had no idea of who or what she was going to be,” admits Smart, 66. “Just based on my experience with Fargo — and I have never done this before —  I said, ‘Yes, where do I sign?’ Because I knew if he was writing it, it was going to be good and interesting, and I trusted him. That was a new one for me; it was a little scary!”

After a first season that saw her character, Melanie Bird, find and lose (again) her beloved husband, Oliver (Jemaine Clement), while helping David Haller (Downton Abbey’s Dan Stevens) understand and harness his secret powers, Smart promises that the new season (which premieres April 3, 10 p.m. ET/PT) will be even more mind-blowing. “I keep telling everyone that Season 2 makes Season 1 look like See Spot Run.”

Q. Was sci-fi a new genre for you?

I was aware of Marvel and some of the comics, but… [the show] is not a typical superhero movie. It’s very cerebral, very psychological. It’s almost a study in madness. People would come up to me after the end of Season 1 and say, ‘Oh, my gosh, I love your new show. I don’t completely understand it… but I can't wait to see it again!’ I’ve never had that kind of reaction before.

Q. You’ve played everything from a ditzy Southern woman to a serial killer, a first lady, a crime boss and now a mutant psychiatrist. How?

For whatever reason, I haven’t been typecast, which is good. I would love to play a character like [Charlene from Designing Women] again. She was delightful — the good Christian girl who believes in fairy tales and the white horse and the happy every after and all that. My husband makes fun of me because I am very gullible, but no one else seems to see me like that anymore!

Q. Is there renewed power for women in Hollywood, thanks to the #metoo movement?

I think it is definitely a little bit better. We will see if it lasts. …  I suppose it is like anything in society — two steps forward, one step back. But it is, obviously, for better or worse, forward movement.

Q. Your son, Connor, is 28, and daughter Bonnie is 9. How are you a different mom this go-round?

I am different because she’s a girl and I look at dangers in the world. I didn’t think of that for my boy. Different concerns. But it is actually great to be an older mom, because you know yourself better; you have a different perspective on things. Most of my friends are in their 40s! My daughter knows that I am older than some of her friends' mothers, but it doesn’t bother her.

Q. What has surprised you most about your career?

I don’t think there is any actor who thinks they’ve got the career they should have. [Laughs.] So don’t get me started on that one. I know how fortunate I have been as an actor, but I feel like I could have done, and should have done, and will do [more]… That’s the good thing about being an actor: They always need older actors. You can act until you are 100.