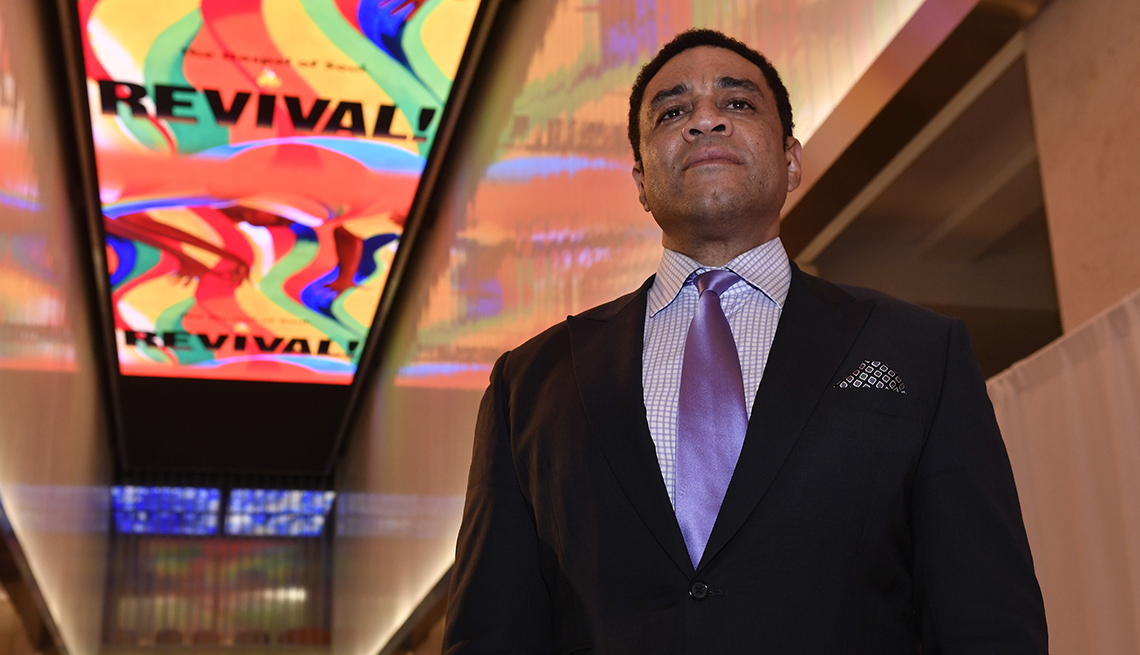 In 2013, Harry Lennix (24, The Matrix Reloaded) got so disgusted with auditioning for ageist youngsters — after he’d made more than 100 films and TV shows — he decided to retire. “Proving that I could act to some casting director who’s 25 seemed absurd to me,” says Lennix, 54. “I’ve been acting since age 19. I’m not a has-been whose last hit was 20 years ago. I’m in Man of Steel, for God’s sake! Hit shows, stuff that won Academy Awards (Ray).”

But just before he quit, a plum role as an FBI counterterrorism boss opposite James Spader on NBC's thriller series The Blacklist fell into his lap. “The Blacklist came out of thin air,” says Lennix, who took it as a sign to spend his Blacklist windfall writing, producing, marketing and costarring in Revival! The Experience, his new musical adaptation of the Bible’s Book of John, directed by Danny Green. “I’ve leveraged every dollar I can to bring this movie to light,” he says.

Most of the lead actors are black, including the versatile Mali Music as Jesus, Chaka Khan, 65, as Herodias, Destiny’s Child’s Michelle Williams (who was also just cast as Diana Ross in the upcoming film Soul Train) as Mary Magdalene, and Lennix as Pontius Pilate. Says Lennix, “Mali Music wrote most of the songs — he got Grammy nominations in gospel, urban contemporary and traditional R&B, and he can somehow write in any style.”

Lennix calls Revival! a combination of Jesus Christ Superstar and The Wiz, and it’s part of his new organization, Black Faith Entertainment, which targets the black community. But appeal to a crossover audience is also possible considering that the first blockbuster film with a black cast, Black Panther, made $1.3 billion, faith-based films are booming at the box office, and 81 million viewers have watched classic musicals such as Jesus Christ Superstar Live! performed live on TV in recent years. “Those three things — black films, faith films and live musicals — are all booming,” says Lennix, “but I don’t think they’ve ever been combined in this way before Revival!” 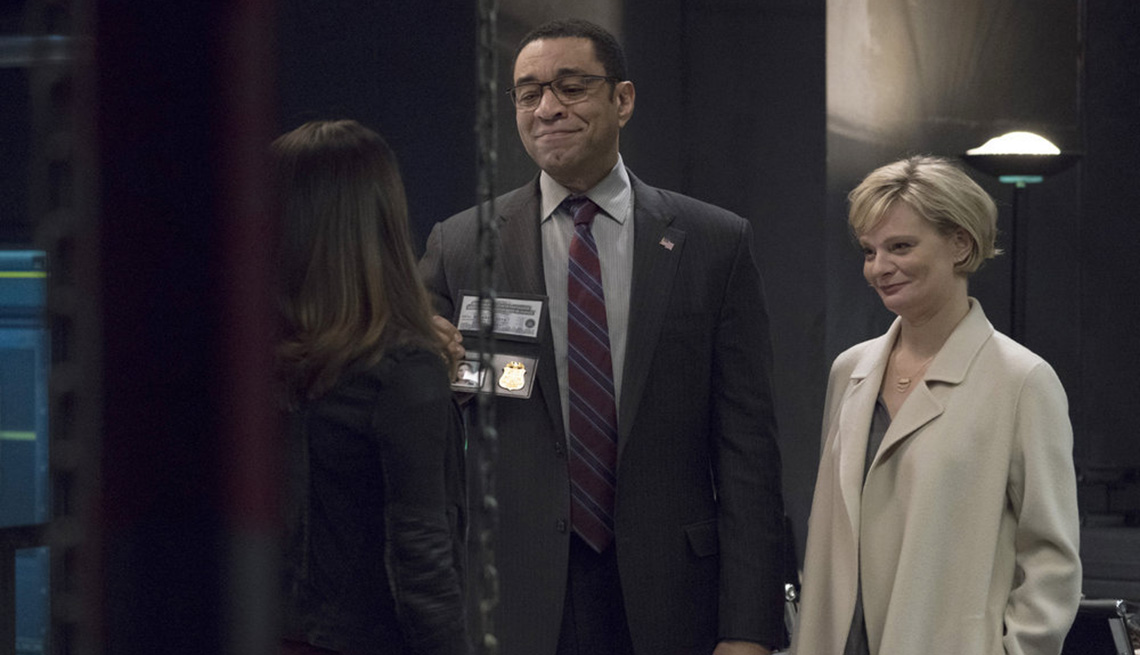 Harry Lennix as Harold Cooper and Martha Plimpton as Dr. Sharon Fulton in “The Blacklist.”

Revival! is inspired by Bob Fosse, who combined musical stage scenes with an ongoing story set in a realistic location in All That Jazz and Cabaret, and also by the dual realities of The Matrix. “We start our movie in a theater,” says Lennix, “and then it expands into a real-world historical blend of time that is hyper-real, surreal.” The film mixes musical numbers onstage, location shoots (Satan tempts Jesus above the Hollywood sign) and animation. In one scene, Lennix’s Pilate strides from a modern corporate office to a World War I battlefield to the Bolshevik Revolution to Jesus’ day. “That shot was inspired by Zack Snyder’s 300, where he uses a green screen and projects a very vibrant, hyperreal scene. I got a lot of ideas from working with The Matrix directors, the Wachowskis, too.”

Lennix, who believes getting The Blacklist role at the very moment he was about to quit the business was providential, thinks somebody up there likes his idea of faith films that tap a wide market. “I don’t believe in any way that these things are coincidence. I really don’t. I think The Blacklist came along so that Revival! could exist. I believe my willingness to walk away from it all created that opportunity. I believe that opportunity is not for my benefit alone, but to engender this new idea of what we’re calling ‘black faith entertainment,’ to continue to prove that quality, adult-level entertainment like Revival! and The Blacklist can exist and endure.”