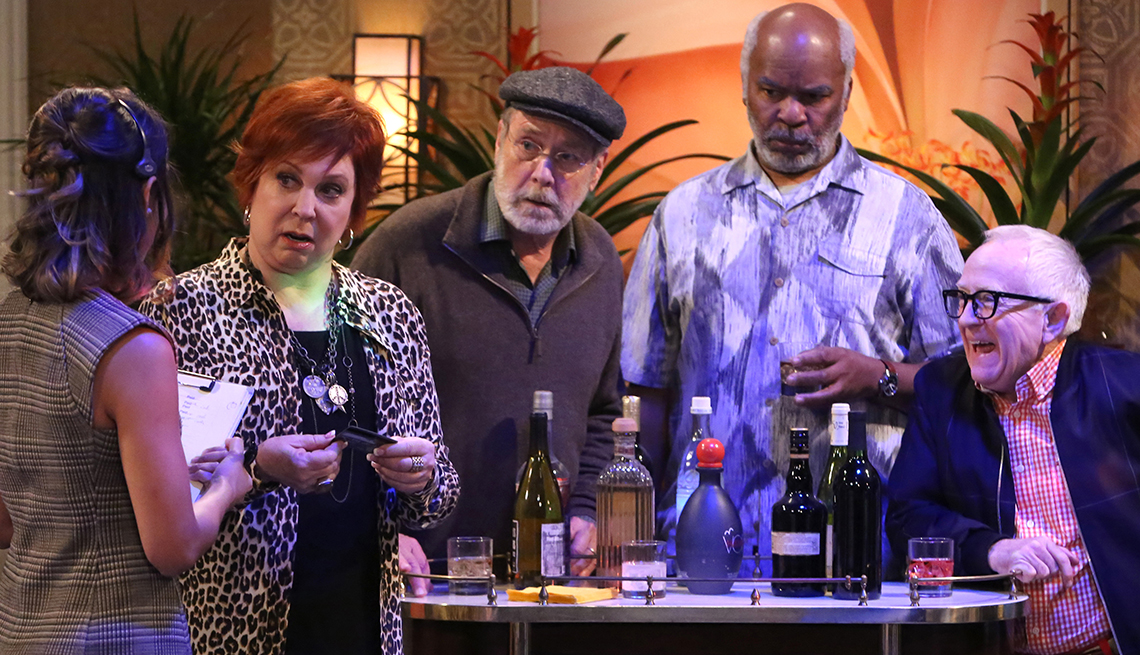 Could Hollywood’s next movement be #AgeismToo? Consider this: The Golden Girls, that classic sitcom centered on three 60-something women and one feisty octogenarian, was a Top 10 ratings hit for six of its seven seasons (1985-92). But it’s still taken 26 years for mainstream network honchos — at youth-obsessed Fox, no less — to deliver another comedy strictly focused on seasoned types. On The Cool Kids,  premiering Friday at 8:30 p.m. ET, ever-popular Vicki Lawrence, 69, is good fun as Margaret, the age-defying newbie at a retirement complex who quickly befriends three like-minded rapscallions: hardheaded Hank (In Living Color ’s David Alan Grier), ditzy Charlie (veteran dry wit Martin Mull of the ’70s cult hit Mary Hartman, Mary Hartman ) and gay Sid (Will & Grace foil Leslie Jordan).

For Lawrence, it’s about time. “I feel like the over-50s have been incredibly underserved by television,” says the actress-singer, who was once the ingenue on The Carol Burnett Show  — and was just 34 when she donned a wig to play the titular granny on the Burnett spin-off Mama’s Family  (1983-90). With Jane Fonda, 80, and Lily Tomlin, 79, drawing grownups to Netflix via Grace and Frankie —  and with Eddie Murphy, 57, recently signed to headline a remake of the 1993 Jack Lemon-Walter Matthau comedy Grumpy Old Men —  there’s hope, though. "I think people are getting hip to the fact that [older entertainment fans] have money,” she says. And millennials are obviously senior friendly. (Just ask Bernie Sanders.) Lawrence’s message to show biz’s power-wielders: “Get with the program!”

That was actor Charlie Day’s message when he pitched the show. Before becoming a TV (It’s Always Sunny in Philadelphia ) and movie (Horrible Bosses ) star, he worked in a nursing home. So having “grown up loving Golden Girls,  loving old people, loving my family members and respecting actors of any age, I thought, Why isn’t anyone doing [a show like Golden Girls] ”? Day says. Fox pressed him to include a younger character in the main cast. “I said, ‘That’s ridiculous.’ Young [viewers] can relate to older characters. Don’t make me force in a young character that doesn’t fit. And they were kind enough to relent to my yelling.” Another goal: avoiding too many gags about aging. “That gets a little tired,” Day says. The characters might be living in a retirement home, “but they’re saying, ‘We still want to do stuff. We’re still active. Don’t put us out to pasture.’ “

Getting into scrapes more befitting teens — like stealing a credit card and a car in the opener — TV’s latest fab foursome certainly embody the show’s cheeky title. The really cool thing here, though, is that Kids lets its veteran cast banter, do their shtick and perform pratfalls with the energy of stars half their age. And Lawrence’s Margaret, stylish and low-key, is years away from her crotchety Mama’s character, Thelma Harper. “Margaret's been with a lot of rockers, [so] she's got a lot of stories,” the actress says with a naughty laugh. “She’s not taking any crap from these guys — because she’s running out of runway. So she’s going for it!”

“I still have a curiosity in life, you know,” says Grier, 62. “I feel like I’m a kid, but I don’t look like one.” Adds Mull, 75: “We’re all very young people with older skin. We still act and talk and think like we did when we were 35. The only difference is, when I wake up in the morning, it’s not as easy to get to my shoes as it used to be. But the rest of it is all the same.”

These kids do admit they’ve had their “we’re-no-spring-chickens” moments. When Fox asked the four stars to mirror the poses in a memorable poster for the 1985 flick The Breakfast Club  — as part of the network’s cheeky promotional campaign — Jordan, 63, says it turned out to be a tall order. “I was the Molly Ringwald on the floor. And they said, ‘Now, Vicki, you get down. And then you get down, and ...’ Well, we all got down. And they took the picture and left. The comedy was the four of us trying to get back up!”

Jordan promises similar high jinks on-screen. “When we shot the pilot, there were scenes with Vicki and me that almost played out like the old Carol Burnett and Harvey Korman stuff,” he says. “The beautiful part about this series is, it’s not really about aging. It’s about friendship. It’s about bonding and [being] outrageous.”

Kids may not yet handle its inevitable jokes about irregularity and, yes, Alzheimer's disease with the finesse of The Golden Girls, but it’s heartening to know that the show refuses to treat its characters like doddering fools. The show is less William Shatner in 2010’s flop $#*! My Dad Says, thank goodness, and more Betty White as Elsa in Hot in Cleveland.  And a touch of pathos  — Margaret winds up taking the seat at the guys’ dining hall table that belonged to their recently departed pal — balances out the silliness.

The new series shows there are some perks to aging, which the cast is already well aware of. There’s that “discount on wine Tuesday at Bristol Farms,” Lawrence quips. But seriously, “History is the best thing about getting older. You know stuff that young people don’t know. You can share stories that people have never heard, and they go, ‘Wow!’ ”

Bringing it home, Mull notes: “You get to a certain point where you’re not asked to do things. If my wife needs a certain kind of salami from the deli, she’ll say, ‘Don’t have Martin go because he’ll just screw it up. He’ll get the wrong s---. Let him sit there and watch his news.’ ... Now that’s gold.” 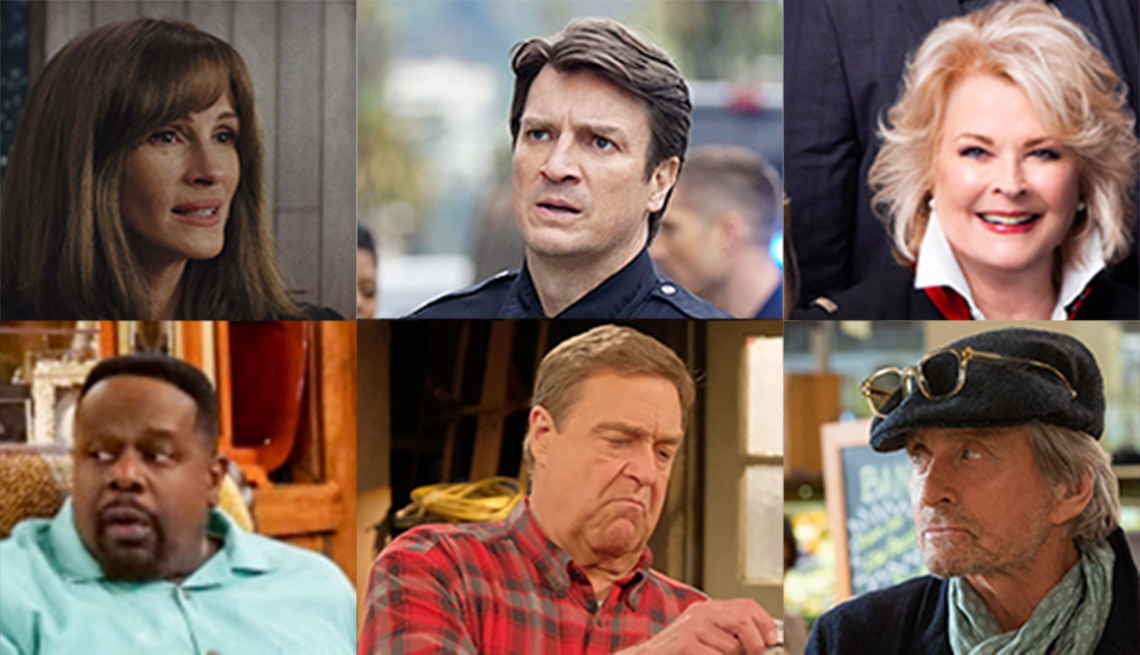 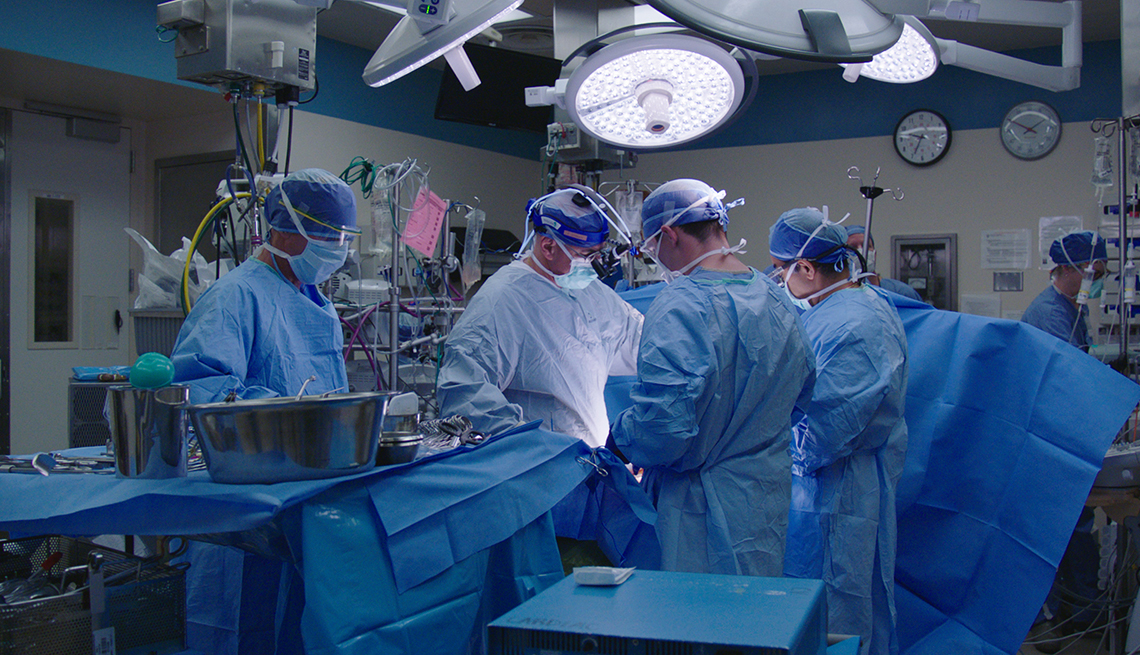