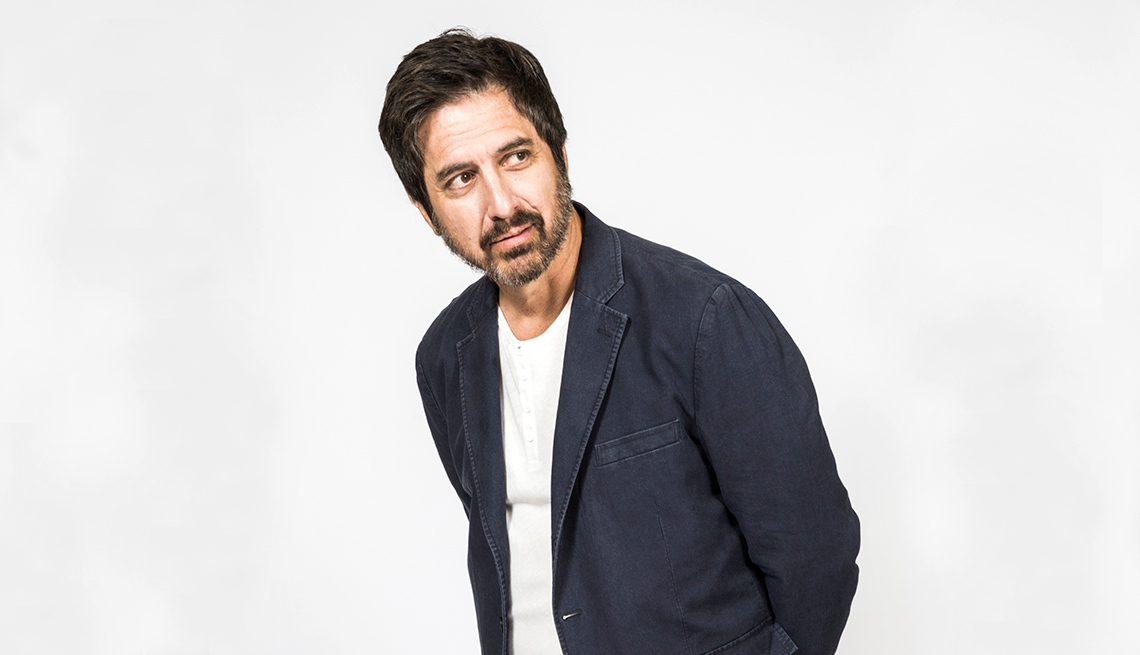 This Oscar season, everybody loves Ray Romano's irreverently uplifting illness comedy, The Big Sick. (On the small screen, we're also enjoying his Epix show, Get Shorty). But what is Ray's heart most into at the moment? Hosting the annual Comedy Celebration of the 450,000-member International Myeloma Foundation on Nov. 4 at the Wilshire Ebell Theatre in Los Angeles. Romano's mentor and Everybody Loves Raymond costar Peter Boyle died of the illness in 2006, and with Boyle's widow, Romano has raised more than $6 million for research into this cancer of blood plasma cells. Tickets go for up to $1,000, and the one-night event could conceivably raise another $1 million.

This would be Romano's most lucrative night of entertainment since his five-minute joke set on David Letterman's show in 1995, which inspired Letterman to offer to produce Everybody Loves Raymond — which earned Dave more than $500 million when it was sold into syndication. To earn millions for the Myeloma Foundation's Black Swan Research Initiative, Romano and fellow comedians Fred Willard, Hannibal Buress, Rachel Feinstein, Nikki Glaser, Robert Klein, Marc Maron and René Hicks, a myeloma survivor, will try to get laughs from guests, including Patricia Heaton (The Middle), Howard Hesseman (Fresh off the Boat), Lanny Joon (Baby Driver) and Daphne Lee (Miss Black USA). You can watch red carpet arrivals and place online bids in the IMF silent auction when parts of the event are streamed live on Facebook from 6 to 9 p.m. PT on Nov. 4.

Ahead of the event, Romano talked to AARP about Boyle's influence, why actors get better as they get older and how he came to hit a whole new career high as a Martin Scorsese actor.

Most major Oscar pundits (including me) predict Oscar nominations for The Big Sick. Will you win your first Oscar at 60?

Listen, I know I'm negative, and I like to downplay everything, but no. I will have been in a movie with someone who gets nominated, and that someone will be Holly Hunter. Maybe it'll get best original screenplay. Best picture? My agent thinks so because it was very popular in a summer when there weren't many popular ones. The fact we're having this conversation is the best thing that could've happened to me as far as my career goes.

But you didn't want to do The Big Sick, an unexpected, fact-based rom-com smash about a young Pakistani-American comic, his comatose fiancee and their imperfect parents.

For a brief second I was, like, I don't know if this is the right movie for me. Then my agent set me straight, reminded me who was in it and that Judd Apatow was producing it. I thought the script was good, but what's the tone going to be like? Are they gonna improvise? Is there going to be too much comedy? Or will it be too heavy? These are all things that could go wrong — but they all went right. 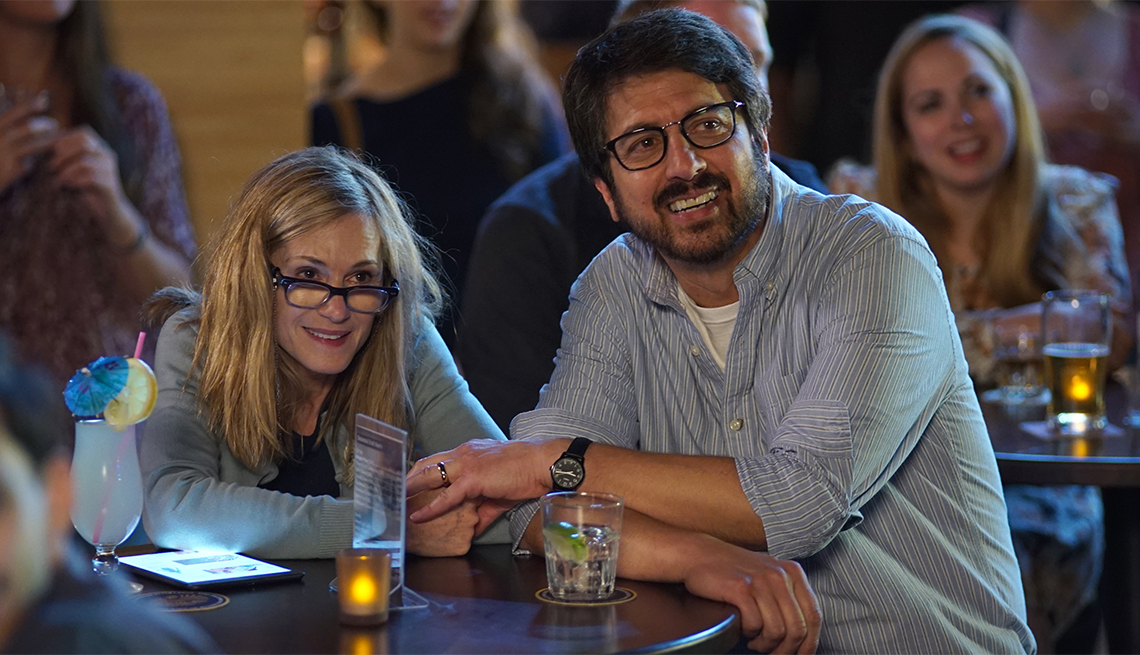 Holly Hunter and Ray Ramono in "The Big Sick"

When you met Boyle, he was a famous intellectual star of Young Frankenstein. You were a stand-up comic who got lucky on Letterman.

He was an icon. I was this green kid, knew nobody, scared as hell, waiting for it all to go away. The first day I met him on Everybody Loves Raymond, Peter passed me on the stairs and, non-sequitur, put his hand on my shoulder and goes, "It's like water, just let it flow," and smiled. Broke the ice and made everything less scary. We were both here in L.A., with our families back in New York, and we rented apartments in the same place on Pico Boulevard. We'd run lines together. He took me under his wing.

Boyle's character was based on your dad?

He played close to my father. Anything he did on that show my father did without pants on, probably. Peter was the exact opposite of the closed curmudgeon character he played on TV, One of the smartest guys I ever met. He'd talk to Patricia Heaton about politics, and he'd dumb it down for me. He spent two years in a monastery with a vow of silence. John Lennon was best man at his wedding to Loraine Alterman, the Rolling Stone reporter who did a story on Mel Brooks.

You learned plenty from Boyle, starting when he was 61 and you were 39. Do actors get better or worse as they age?

It's like anything, you get better at it. That rule is true for most things, but especially with acting, where you draw on your life experience. What would you get worse at by doing? Sex? No. Screaming? I think that as actors age, the work becomes more organic to them. There were guys in stand-up who had no business being on that stage, but they had passion for it and stayed with it. And they probably didn't make a living at it, but they got better. I've golfed for 40 years and couldn't break 120. Now I break 90, and that's all I'm ever going to do — I got 30 strokes better. When I started out, Jay Leno used to say you're not as good as you think you can be until at least your sixth year. I was, like, what the hell is he talking about? 'Cause I was in my third year, and I thought, I got this. I kept videos of myself performing, and in my fifth year I watched my third year and realized he couldn't have been more right.

You were saved from sitcom typecasting because Martin Scorsese watches movies, not TV, had never heard of you, but found you perfect to play a dark '70s record exec in his show Vinyl. Which led you to Scorsese's 2018 Jimmy Hoffa mob-hit show, The Irishman, on Netflix.

I got The Irishman because Marty didn't hate me in Vinyl. It's crazy. I've got scenes with Pacino and De Niro. It's surreal. Ever since I got the part, I've got rashes. I'm not kidding. I was at my dermatologist this morning because of this movie. In a good way, it's frightening.

If the rashes are psychologically triggered by stress over Scorsese, you have to just ignore the stress, the way the real guy in A Beautiful Mind ignored the hallucinations that he kept seeing, even after he was mostly well.

Can I ignore the itching that my rash is causing me?

It's all in your mind. Well, actually your skin. Just lie back and think of your Oscar.