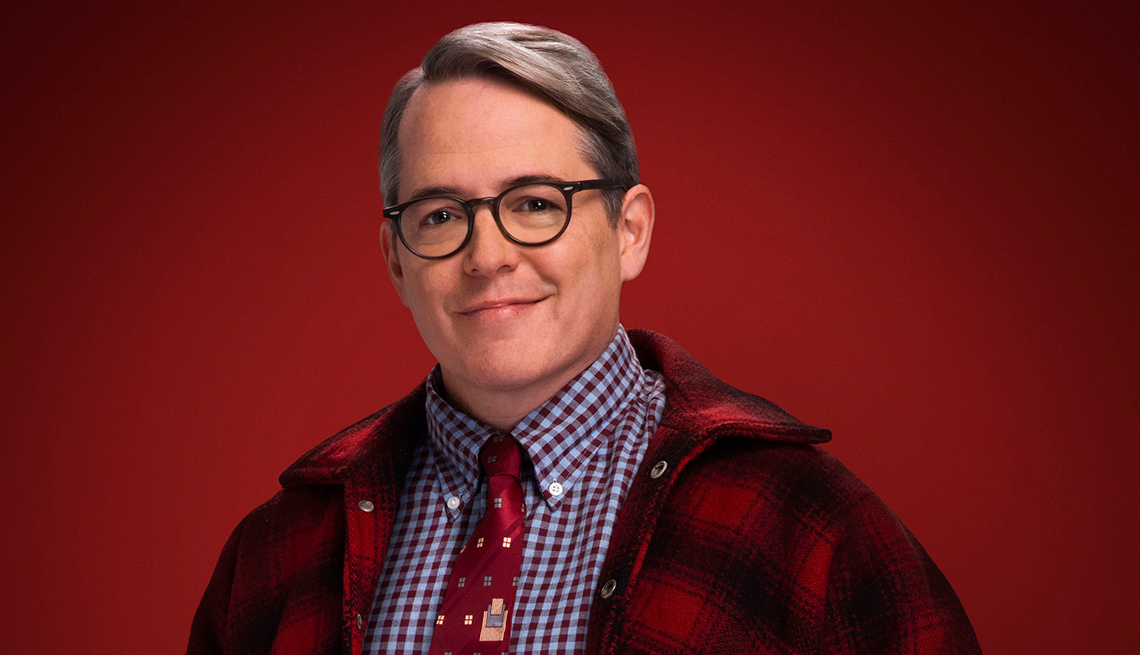 This weekend, Matthew Broderick leads a cast including Maya Rudolph, Ana Gasteyer and Jane Krakowski on the ultimate show biz high-wire act: a live performance of the Broadway musical A Christmas Story, airing Sunday night at 7 p.m ET on Fox.

The 55-year-old veteran of stage (The Producers) and screen (Ferris Bueller’s Day Off) recently took a break from rehearsing the show, A Christmas Story Live!, based on the beloved 1983 holiday film, to talk to us about the story’s enduring popularity, preshow jitters, his own holiday traditions with wife Sarah Jessica Parker and their kids, and whether he ever wanted a present as badly as little Ralphie wants that BB gun.

As the older Ralphie Parker, you narrate the story, just as author Jean Shepherd did in the 1983 film.

The difference in this show is that I’m not just a voice — I’m there. I kind of walk through scenes and then appear suddenly, leering at everybody. So I introduce the scenes, comment on them, say how I was feeling at that moment. Pretty much just like the movie, but just think of a person being there, sort of standing in the corner.

How familiar with the film were you?

I’ve seen it a lot. I’ve also seen earlier Jean Shepherd stories that were dramatized on PBS that my father [James Broderick] was in. So that was very cool. And I was aware of the leg lamp and things like that — some of the stories in the movie are from [Shepherd’s] other stories. But I also loved the movie.

You’ve hosted Saturday Night Live twice, but doing a live musical seems like a different animal. How are you feeling about it?

I’m very nervous. It’s not like Saturday Night Live. I don’t have big cue cards everywhere. If something goes wrong, I don’t actually know what’s going to happen. I guess I’ll just stand there staring at the camera and hope something happens.

How long have you been rehearsing?

By the time we do it, it will have been eight weeks of rehearsals. It’s very long, but we need every minute of it. A lot of it is blocking and staging. How do I get here in time? Can this camera fit here? It’s complicated to stage. We go outside on the lot. We come back inside. It involves golf carts and costume changes.

How do you account for this story’s enduring popularity?

It’s funny, which is nice. I like the sentimentality of Miracle on 34th Street and all those movies, and there actually is a tradition of Christmas comedies, too. But this one has both. It’s very nostalgic and sentimental, but also very funny and dry in a way. So it cuts through the sentiment a little bit.

People can relate to things not going all that smoothly at the holidays.

Yeah, and also to how really stressful it is for parents. And how terrifying it is when you’re little to sit on Santa’s lap. Or, you know, how weird and scary elves are, basically? It’s nice to acknowledge that, I think.

Your parents were Jewish and Catholic. How did you celebrate the holidays growing up?

We celebrated Christmas. Not religiously, but we did the tree and the lights. Hannukah always seemed not quite as thrilling. Sorry to my Jewish brothers and sisters! But when you’re a kid, Santa and all that, you know, that really trumps the menorah. So we did Christmas.

And how does your family celebrate it now?

Usually we’re in New York. When I was a kid I would sometimes go to Ireland with our family. We haven’t done that yet. But we will one of these days. But we’re pretty typical. We decorate the tree. The girls [8-year-old twins Marion and Tabitha] are interested in helping. Our son [James Wilkie, 14] never really does. He loves the tree. But he’s not a big decorator. He likes to hang out and eat and get presents. He’s a chip off the old block.

In the story, Ralphie dreams of getting a BB gun for Christmas. Did you ever have anything that you wanted as much as he wants a Red Ryder Carbine Action 200-shot Range Model?

I don’t know that I did. But I know the feeling that they’re describing so well. I keep wondering if that’s still true. It seems like kids have so much more access to things now if they have a phone and can look at everything all the time. It used to be when you finally saw that Red Ryder BB gun in the window in person, like Ralphie says, “I’d been thinking about it for months and here it was. The real thing.” And nowadays it’s like the real thing is in front of you at all times, everywhere. It’s a little bit different.

Maybe the appeal of the story is nostalgia for that feeling. And now the kids who saw the movie when it was first released are grown up and look back fondly on it. It’s nostalgia layered on top of nostalgia.

That’s true. The people who were kids in the ‘80s when it came out really love it. And hopefully some little youngsters now will like our show.