Over 40 years of intense, edge-of-madness performances, she’s specialized in playing high-strung characters with dangerous dark sides. At 68, she’s still intimidatingly gorgeous, and as she moves across the backyard of a rented Beverly Hills mansion to meet me, I feel my palms dampen. But then she stops short. 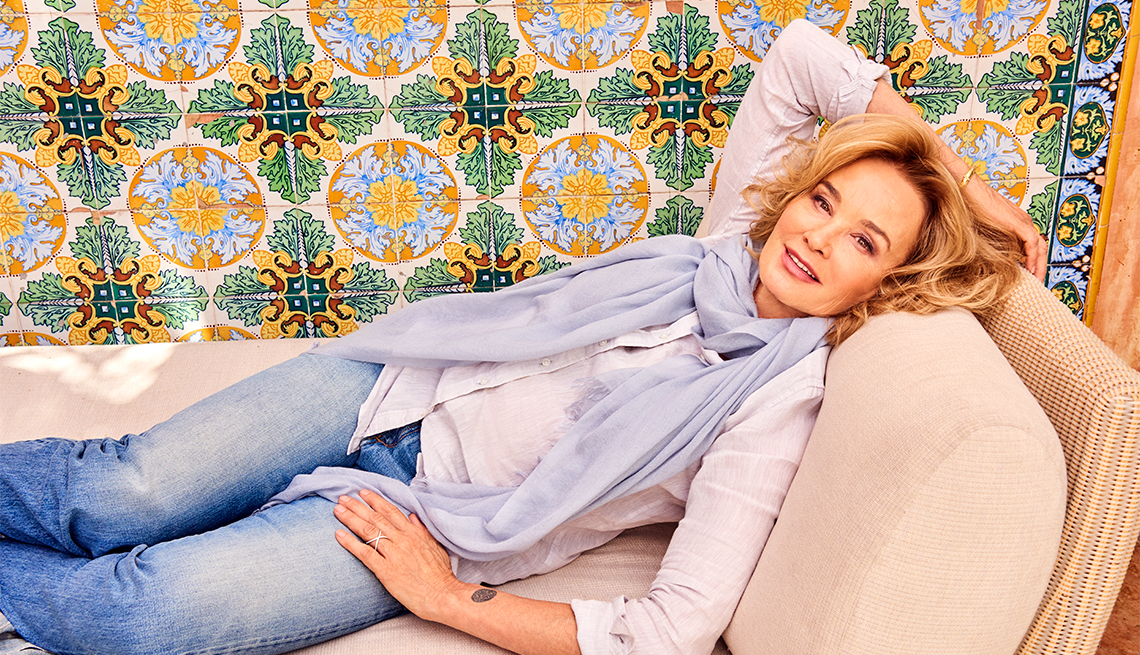 Jessica Lange in a Beverly Hills photo shoot for the August/September 2017 issue of AARP The Magazine.

“Look!” she exclaims. “A hammock and a daybed! My favorite things — places to nap.” She drops into the hammock, taking a blissful swing as a hummingbird buzzes overhead. It’s rare, and somewhat reassuring, to see Lange in laid-back mode. She’s known, after all, for roles such as the self-destructive actress in Frances (1982) and the hermit heiress in HBO’s Grey Gardens (2009). Lange portrayed another troubled star, Joan Crawford, in this year’s FX series Feud.

As an actress, Lange has seldom chosen the easy path, or failed to persist. Propelled by a spirit of adventure, she voyaged from small-town Minnesota to the bohemian outposts of Paris and Manhattan, then to her first Hollywood screen test. Panned for her movie debut, as the damsel in distress in 1976’s King Kong, she kept honing her skills until she was ready for something better. After a slew of acclaimed films, she made her first Broadway foray at 43; when that production got poor reviews, she kept returning to the stage until she earned raves. She took on Shakespeare at 50 and plunged into series television at 62. Along the way she’s picked up two Oscars (best supporting actress, Tootsie; best actress, Blue Sky), five Golden Globes, three Emmys and — in 2016 for her role in Long Day’s Journey Into Night — a Tony for best actress.

"Tootsie turned out to be the best film I ever made."

Lange has been just as bold off the set. She threw herself into long-term liaisons with larger-than-life men — dancer Mikhail Baryshnikov, who gave her a daughter, and playwright-actor Sam Shepard, with whom she had a son and a daughter before they separated in 2009. Fiercely protective of her family’s privacy, she raised her kids in rural hideaways but has never hesitated to venture forth when the cause is right: Since 2003, she has served as a goodwill ambassador for UNICEF.

Lange announced in 2013 that she was thinking of retiring, yet has shown no sign of slowing down. Her staying power isn’t just about the boom in meaty roles for older actresses on television. “It’s the desire to do something brave,” she says, “to be challenged.”

She reflects on a number of big times in her life. 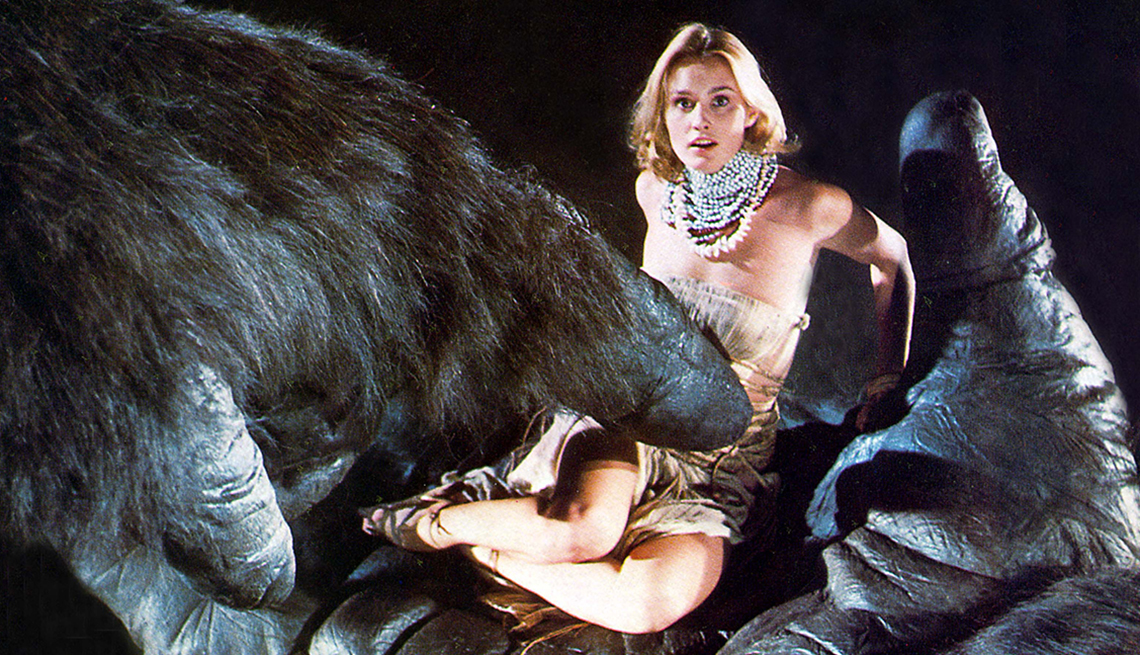 The Meaning of Home Cloquet, Minnesota

My father was a traveling salesman and a teacher, and we moved around a lot. I went to eight different schools — I was always the new girl in town, the outsider looking in. I’ve felt that way my whole life, like I never belonged in one particular place. The imagination was my escape and my entertainment. That’s what acting still is for me.

Getting cast in the Fay Wray role was such a fluke. I was just back from Paris, and all skin and bones with a white Afro, and they took one look at me and said, “She’s not right.” But then they flew me out to MGM to put me on camera — what did they have to lose? And by the time I left, I had the part. I had no idea how big the movie was, or that coming out of it I wouldn’t be taken seriously. I went back to taking acting classes for a few years. When you’re young, you don’t see the connections, how one thing leads to the other. 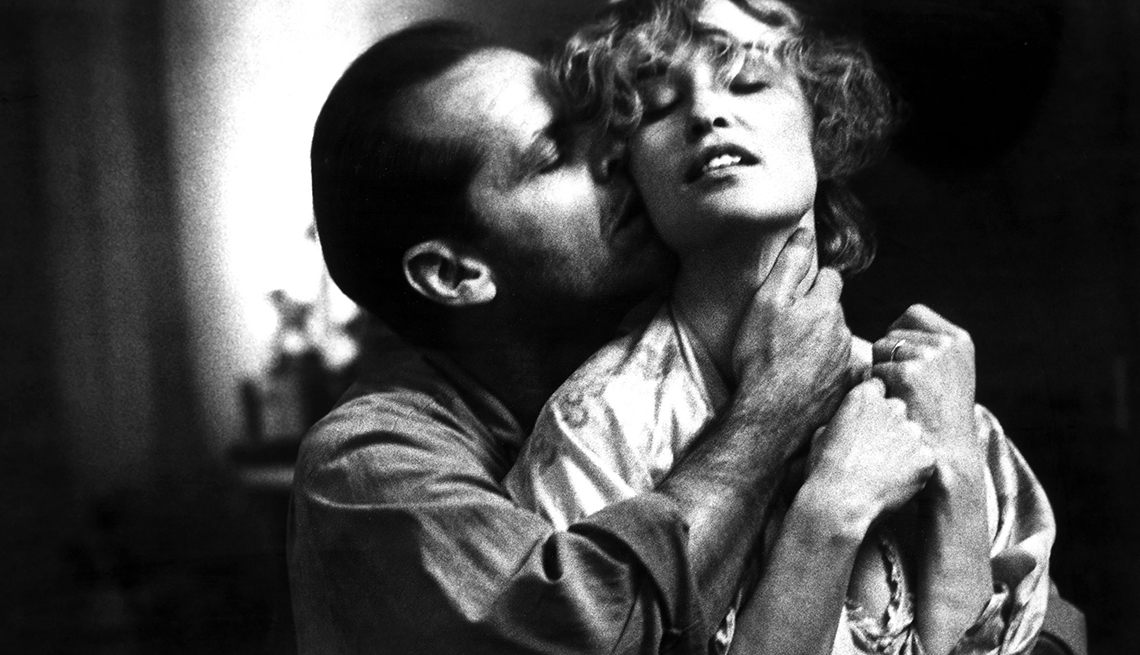 The Truth About Jack The Postman Always Rings Twice, 1981

Jack Nicholson and the director, Bob Rafelson, were incredibly kind and generous, trusting an unproven actress with a major dramatic role. I learned a lot from being around Jack — he’s one of the great film actors of all time. He understood the camera and what to do when. He showed me the power of gesture.

When I first met Misha, there was something so familiar about him … physically, emotionally, everything. 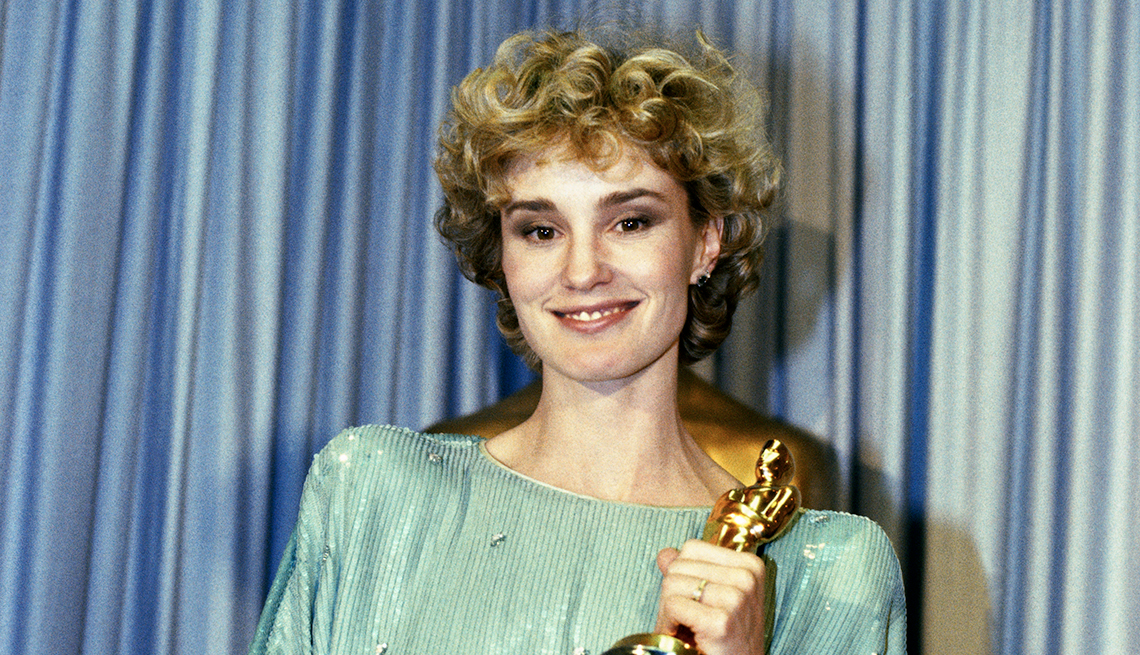 Jessica Lange holds her first Oscar for her role in “Tootsie."

I knew when I did Frances that it was something extraordinary. I love those kinds of parts, with huge emotional swings. But Tootsie turned out to be the best film I ever made. And to win my first Oscar for it was thrilling, not terrifying, the way it might be today. The awards were more casual then. You did your own hair; you did your own makeup. It wasn’t the fashion event of the season.

I hate not getting performances right. Blanche DuBois was a part I had always been in love with. Ultimately, I wasn’t really prepared for it. I didn’t understand stage the way I did film. The critical response was negative. It was hard. But I kept trying, and finally, with Long Day’s Journey, we had a great production. 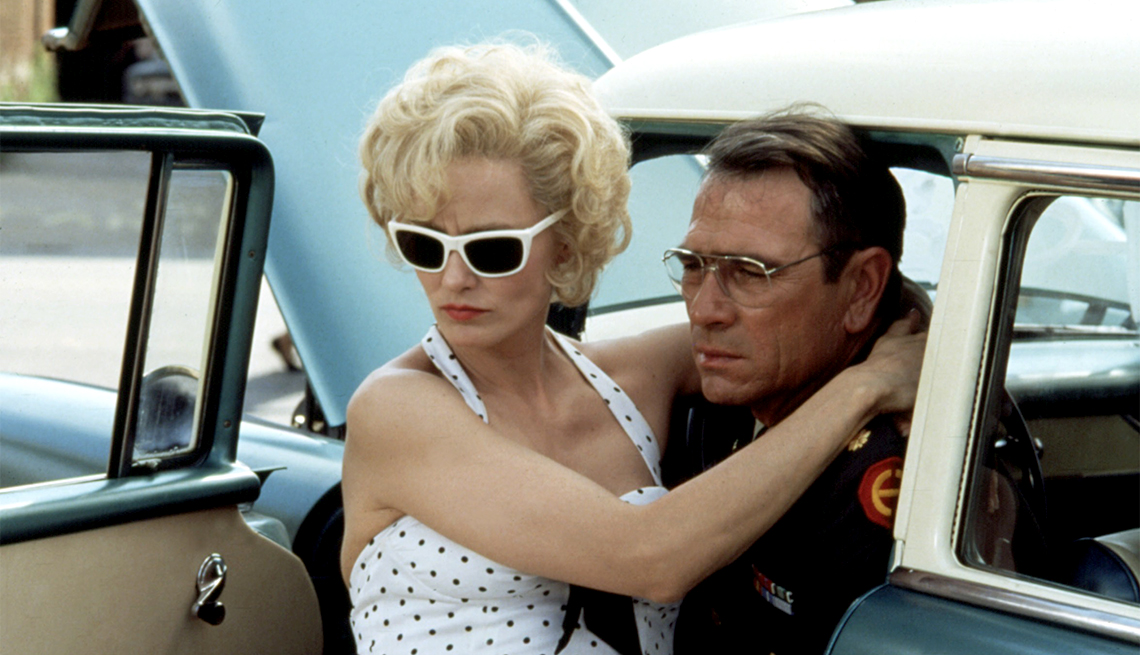 My connection to the manic-depressive character of Carly came organically. You draw on grief, sadness, rage — those things in your own life. What’s interesting is to let something emerge that surprises even you.

I wouldn’t call Sammy easygoing and funny, but everybody has their dark side, and he always does it with a sense of humor. 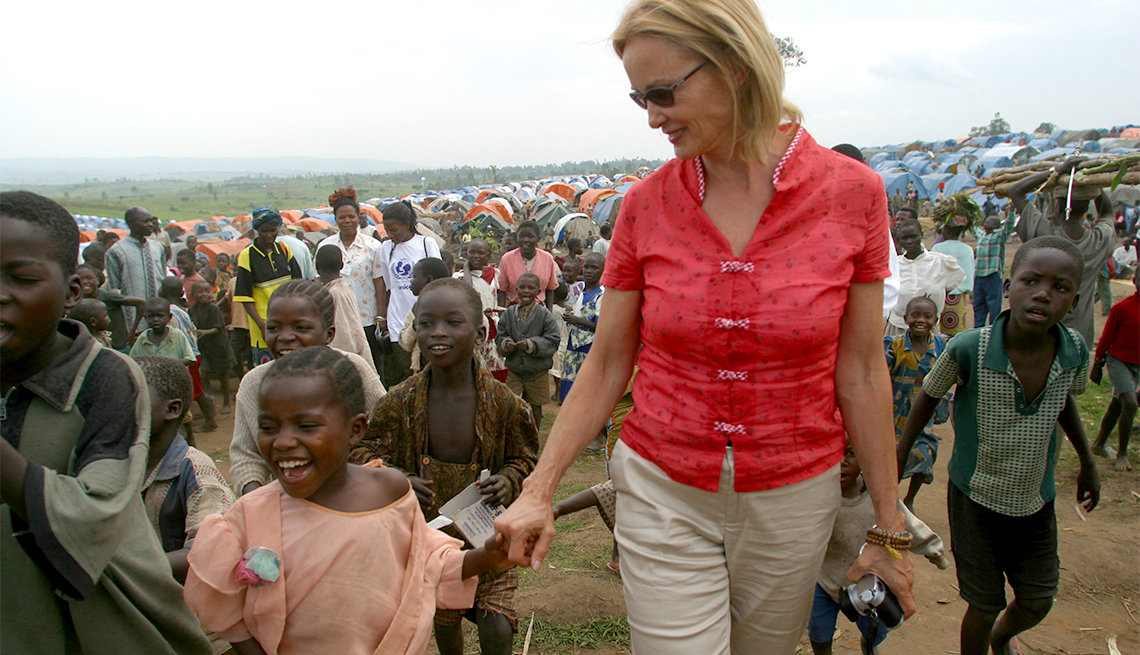 Jessica Lange walks through the internally displaced people camp in Bunia, Congo, in 2003.

A civil war was just getting started. I met women who’d walked through the jungle for days, with terrible injuries, carrying their children. I can’t go in and help the way Doctors Without Borders does. But at least I can try to raise awareness.

Behind the Lens 50 Photographs by Jessica Lange, 2008

I’ve been taking photographs for about 20 years now. I love to be the anonymous observer, capturing small dramas that no one else has noticed. 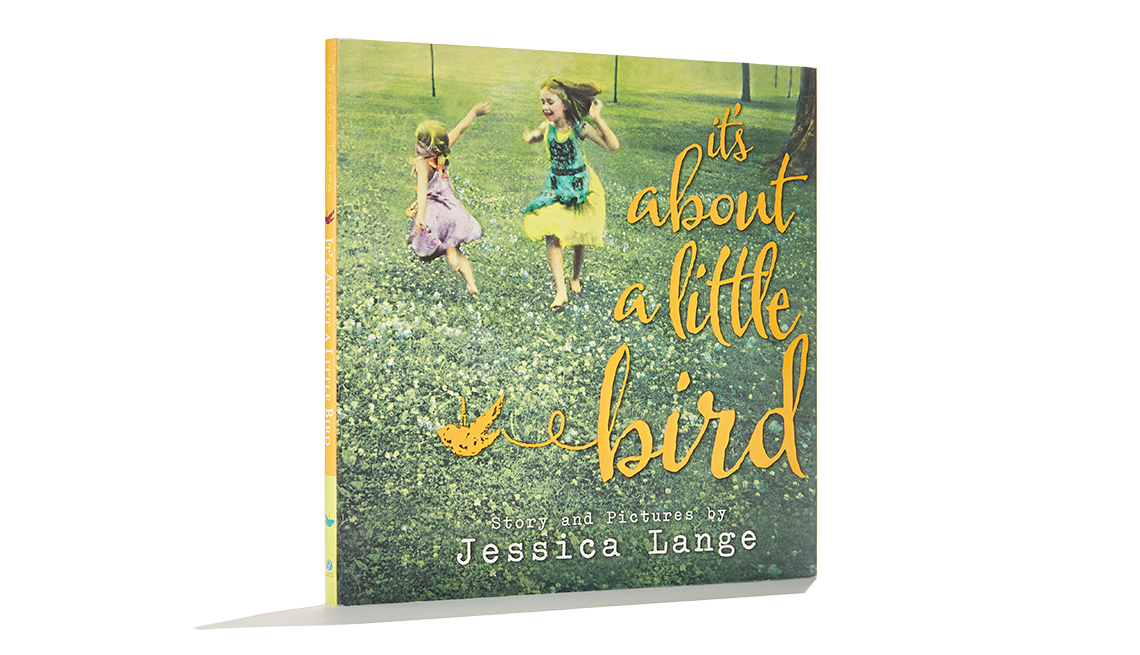 My First Children’s Book It’s About a Little Bird, 2013

It started as a little story I wrote for my granddaughters. I was very interested in turn-of-the-century photographs and the way they would be hand-tinted. So I collected a lot of photographs I had taken of the kids and started hand coloring them. Then the story came together after I had a dream, and I put it together as their Christmas present, as a book. And then a friend of mine saw it and said, “You should publish this.”

Horror has never been my favorite genre, but Ryan Murphy, the producer, is a great seducer. I thought, I’ll do it for a year. And it turned out to be four years of amazing roles. Television has been great. 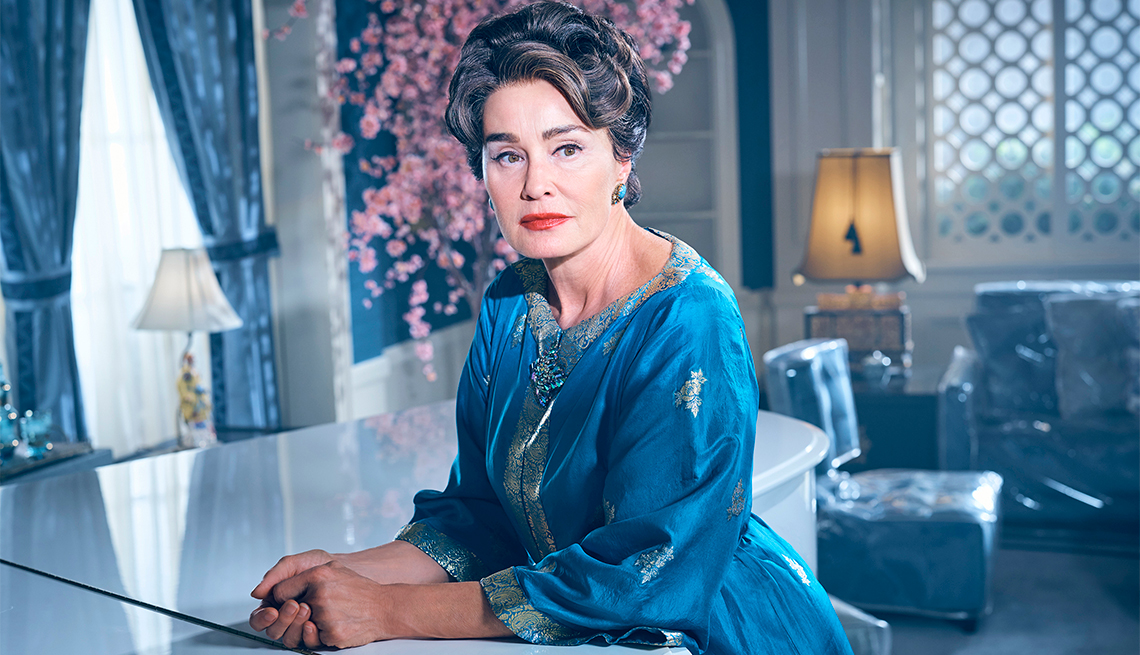 Jessica Lange as Joan Crawford in the 2017 miniseries “Feud."

On Older Women in Hollywood

Ageism is pervasive in this industry. It’s not a level playing field. You don’t often see women in their 60s playing romantic leads, yet you will see men in their 60s playing romantic leads with costars who are decades younger. I think about how few wonderful actresses of my generation are still doing viable, important film work. You go to television. You go to the stage. You do whatever you can because you want to keep working.

On the Joy of Family

Having children gives you a perspective you didn’t have before. You are no longer the center of the universe. It opened my heart, made me a different person. Every move you make is with someone else in mind. I loved being a mother more than anything else in the world, and being a grandmother is even more fun. There’s the chance to do it again. It’s in the perfect order of nature: You raise your children, and then the next generation comes along. They are the redemptive force in nature. Plus, it’s easier! 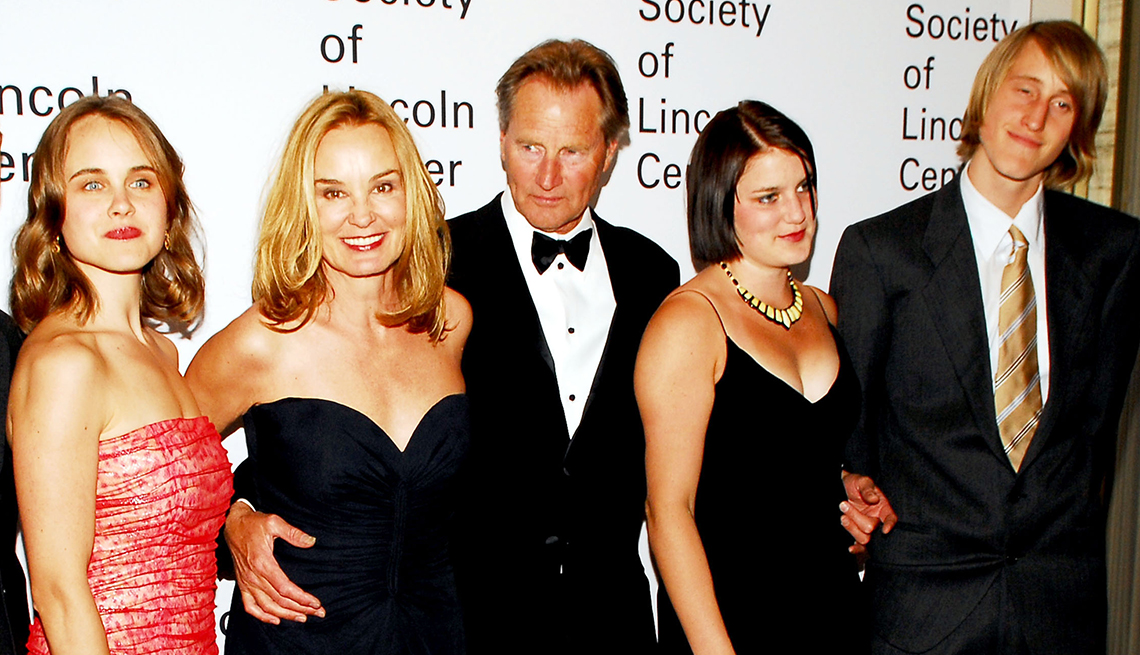 Lange says she can “sing every lyric Dylan ever wrote. He was a transformative artist in my life.”

If she could change one thing …

It would be her “absolute willfulness.”

Lange got her first tattoo in Paris at age 19 — a crescent moon on her hip, the smallest one offered. She also has a Celtic knot on her wrist; her older daughter is similarly inked.

“I’ve seen a presence. Most ghosts are easy, benevolent.”

“Where I grew up, it seeps into your bones. Seems I’ve spent my life trying to fill it up.” 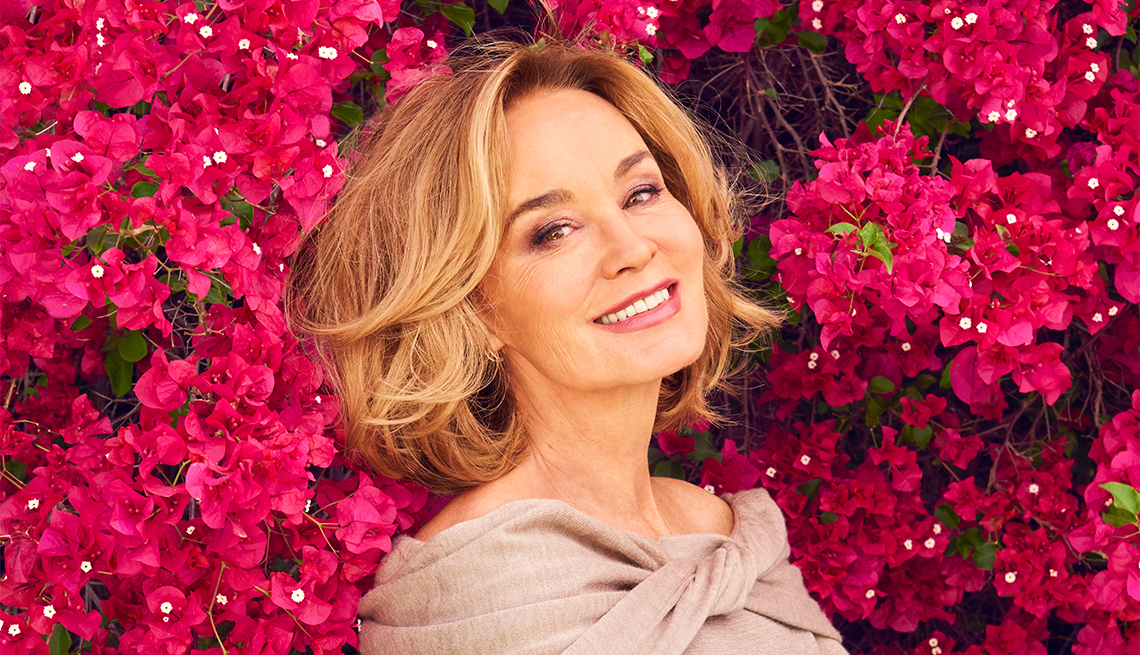 Jessica Lange in a Beverly Hills photo shoot for the August/September 2017 issue of AARP The Magazine.