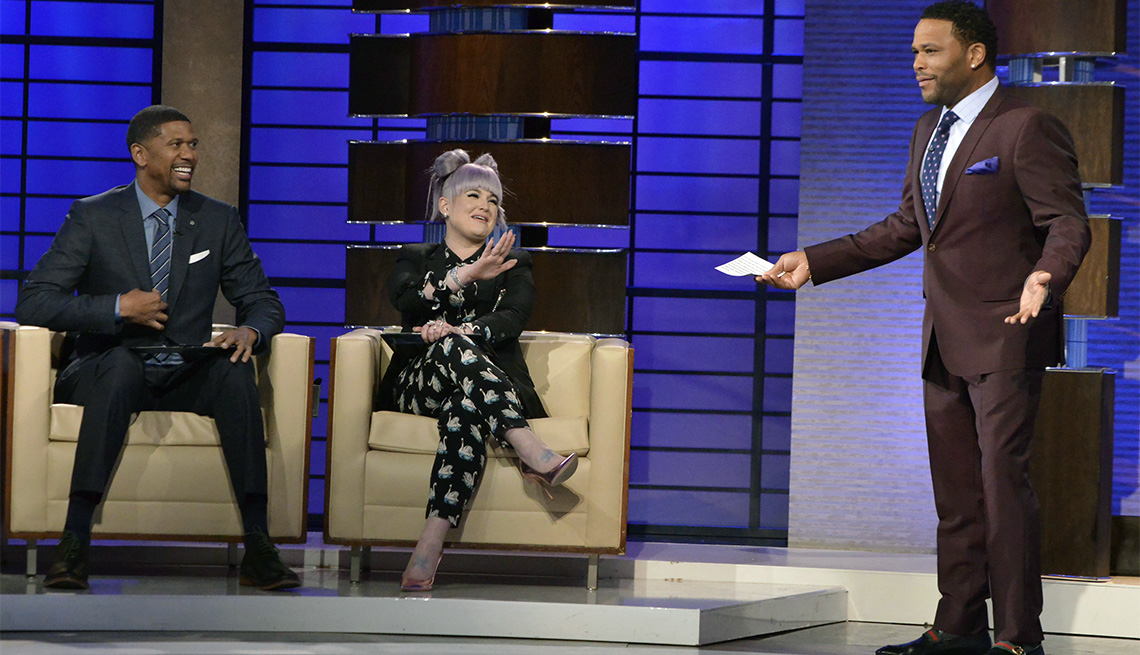 Jalen Rose and Kelly Osbourne yuck it up with host Anthony Anderson on ABC's "To Tell The Truth."

To Tell The Truth. The Love Connection. The Joker’s Wild.

If you are a child of the 1950s to the 1980s, you probably remember these television game shows. Now they’re back — in updated versions that are filling some holes in network summer schedules.

“When these game shows work, they succeed by having fun,” TV critic Eric Deggans said on NPR’s Morning Edition earlier this week. "They're cheap for the broadcasters to make, easy for viewers to jump in to, and when centered on a classic format like The Gong Show, tinged with a hint of nostalgia."

Here is a look at some of the reboots and how some of them are changing for a new generation.

The Gong Show. Perhaps Gene Gene the Dancing Machine or the Unknown Comic remain lodged somewhere in a dark corner of your memory. Perhaps you have read or heard all about Chuck Barris, the television producer and original show host. Perhaps you just can’t believe this show has made it back on TV.

If you missed it the first time around, The Gong Show is essentially an amateur talent competition, with lots of emphasis on “amateur.” That hasn’t changed, but there are some sparkly new bits of weirdness. Chief among these is the host, “Tommy Maitland” (who, although no one will "officially" confirm it, appears to be comedian Mike Myers under a pile of prosthetics). He’s presented as a longtime, albeit obscure, British comedian and … well, you just have to see it.

The Joker’s Wild. Ever wonder what it would it be like if rapper Snoop Dogg hosted a game show? No? Well, someone did. It is going to be launched later this year and is expanding beyond the original slot machine concept into a whole room of casino games.

To Tell The Truth. This show is so iconic that various versions have been aired during the past seven decades. It’s now on the second season of its most recent reboot, in which celebrities interrogate a panel of guests to determine who is telling the truth about his or her occupation. You might remember that the older versions of the show had an undertone of formality and kind of felt like a 1950s cocktail party game. The new version is considerably more relaxed and, well, goofier, with Doris, the mother of comedian-host Anthony Anderson, taking on a role as "official scorer."

Some of these shows appear to be getting traction. To Tell The Truth is on its second season, and The Gong Show topped its time slot in its recent debut. That could lead to even more game show reboots — so if you're looking forward to new version of, say, Queen for a Day, your time may be coming.