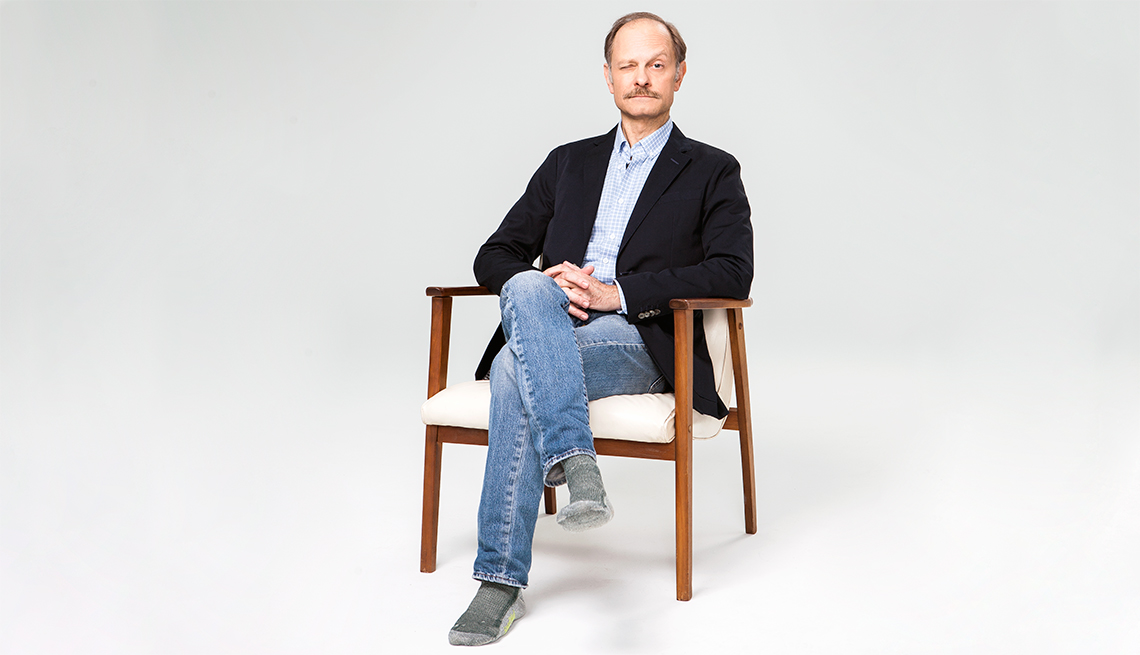 Just say yes … or no
I wasn't sure I wanted to do Hello, Dolly! My husband [writer-producer Brian Hargrove] said, "You should!" — but I wasn't positive. Then my agent put it in perspective: "David, it's Bette Midler, and at the end of the day, she's coming down those stairs. He was right. You either sign on for that or do something else. Besides, Bette and I made a movie together [Isn't She Great], so I knew we'd be comfortable.

Always an actor
The first acting I ever did was a fourth-grade version of Shakespeare’s Julius Caesar, which I adapted for my friends. I insisted that I get to play Caesar so I could be killed, because I thought that was the most theatrical thing ever.

Everybody's problem
I saw what Alzheimer's did to my grandfather and to my grandma, who took care of him. In L.A., I became involved with the Alzheimer's Association — and in New York, with CaringKind. What gives me hope is the number of young people who've gotten involved.

Awards are overrated
I’ve won some Emmys [Editor’s note: Four! ], but you can be good without getting an award … I think … I could be wrong....

How our stories unfold
I was never secretive about being gay, but I’m a private person. Eventually, pressure came from the gay community to be more open, and justifiably so. I came out, so to speak, and a year later, after 25 years together, Brian and I got married quietly, with just our dogs there. It was reported both as a “private” and a “secret” marriage — two different things! Ultimately, it was a matter of recognizing one’s responsibility in the public eye.

The world’s a better place
Everything is not in a downward spiral. I have friends on the left and the right. It’s amazing to me that everyone — on the right and left, gay or straight, whatever your race — is fighting for the same thing: the right for a space to be themselves. That goes on forever.

—As told to Bill Newcott