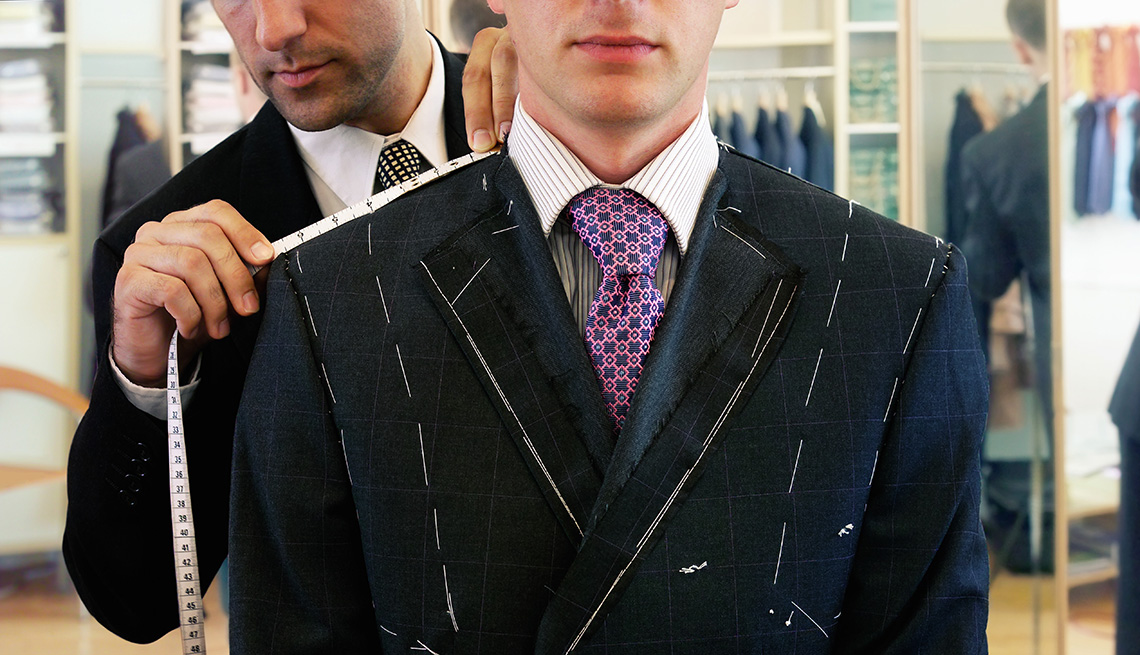 En español | For years, I produced an annual charity event for which we cajoled over 40 clothing brands — from Ralph Lauren to J.Crew — to donate new men's and women's sportswear, which we'd sell at thrift shop prices and then give our proceeds to charity. We'd be mobbed; Black Friday crazy. But what struck me was that something besides our irresistible markdowns contributed to the sartorial frenzy — the number of shoppers who had no idea what sizes were right for them.

The source of women's confusion was easy for me to understand. When I was fashion director at InStyle magazine, we saw how egregiously labels — both high and low — cheat on women's sizing. In blatantly false attempts at flattery, a dress that should be marked size 12 sports a tag that claims it's an 8, even a 6. And because this industry-wide charade has no standards, one brand's 8 isn't the same as another's. So, while women generally know what looks good on them, they're forced to play trial and error as they go from rack to rack.

For men, however, the problem isn't the manufacturer. It's that most grown men wear clothes that are too big for them. No matter his height, weight, body type or style preferences, almost every guy at our event reached for shirts that could work at a toga party, pants so droopy he might flash his boxer briefs, and suits that could have been stolen from the White House. (I'm stating a fact, not making a political statement. The president's clothes fit horribly.) A salesperson arranges clothes in a Bonobos.

Women are usually willing to search. But most guys are lazy shoppers. And if I'm talking about you, listen up!

You can pay $150 for a haircut, finally commit to skin creams, or even seek a dermatologist for a youth-promising treatment or two, but if your clothes hang on you, it's over. Want to look fresh and youthful? Put your best self forward? Then buy clothes that fit your body, not your mind-set. Obviously, too many of you don't know what fits. So, here are a few guidelines to follow: Unless you are preparing to smuggle in your emotional support Chihuahua in your pant legs, fabric should gently hug the top of your butt... Cashmere sweaters on display at Uniqlo.

For example, Bonobos is an excellent online destination, but it has outlets where you can go in, work with a knowledgeable staff who can find your most flattering sizes, and then you're set because sizing is consistent throughout their line. For suits, Suit Supply is such a godsend, it's the sartorially suave Tim Gunn's go-to place for tailored clothing. Italian fabrics crafted in China keep the suit costs reasonable, sizing is across-the-board stable and the tailoring is excellent. Club Monaco and Hugo Boss are go-to brands, too.

Big splurge tip: For those who really want to do it up right, Suit Supply also produces made-to-measure suits for 25 percent the price of what luxury brands charge. I promise, the result is so wonderfully self-congratulatory, no one may see you in dad jeans ever again.

Hal Rubenstein is a founding editor of InStyle and former restaurant critic for New York magazine. He is the author of five books, including 100 Unforgettable Dresses.