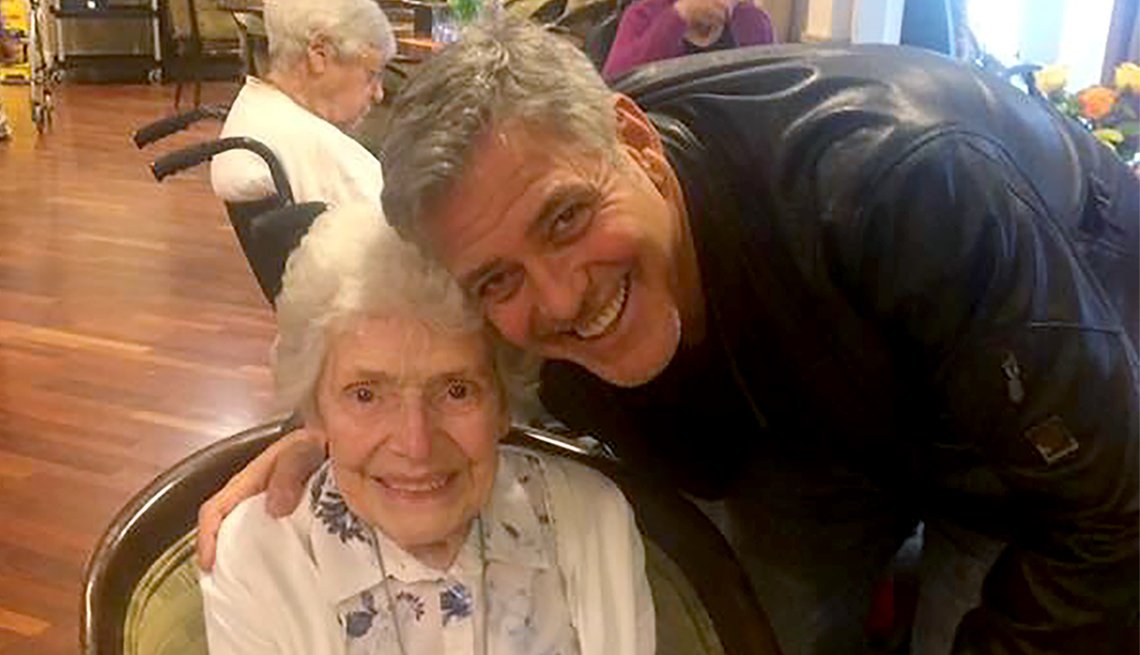 Pat Adams can check a visit with actor George Clooney off of her bucket list.

Such a nice young man. And with flowers, too!

While stunned staff at a Berkshire, England, retirement home looked on last Sunday, 87-year-old Pat Adams got a surprise visit — and a bouquet of flowers — from actor George Clooney on the occasion of her birthday.

It’s the policy of Sunrise Senior Living to try to make residents’ birthday wishes come true, said a spokesman for the home, so when Adams said she was a George Clooney fan and she would love to meet the actor, they dutifully sent a note telling him that a visit would make Adams’ dreams come true.

The request was not as much of a stretch as it might seem: Clooney and his wife, human rights lawyer Amal Clooney, own a manor house in the village of Sonning, where the retirement home is located.

Nobody, however, expected him to show up — until he did. “Utter shock” was the reaction of the home’s concierge, Linda Jones, according to her Facebook post on the event.

Clooney spent about 15 minutes talking to a thrilled Adams before leaving his flowers with her. “This was a classy gesture from a wonderful man,” an unnamed spokesman for the retirement home told the BBC.