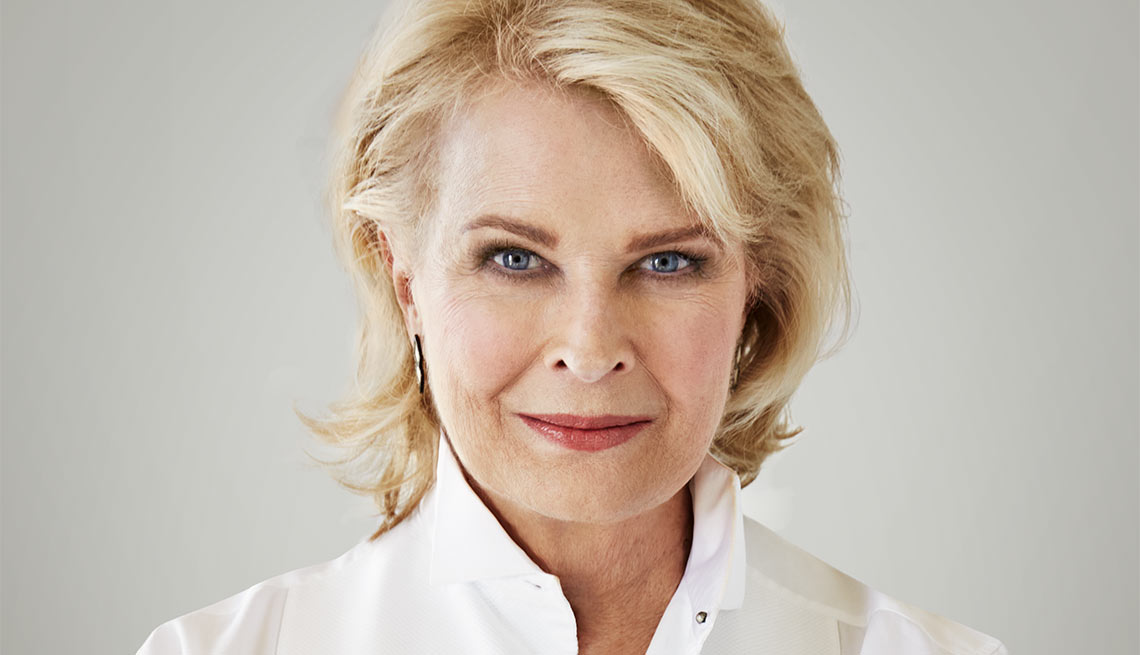 "Life is wondrously and appallingly surprising. Anyone who doesn't know that is unarmed," says Candice Bergen.

En español | We're all getting older. It's scary, it's humbling — but it's life. I write about it in my book, A Fine Romance. When I fall now, I break. I've broken an arm and my pelvis. The death of my friend Nora Ephron was a reminder of how quick this whole journey is. Life goes slowly, but in the end it rips by in a New York minute. You're here one minute, and it's a dirt bath the next. I still don't know how to come to terms with it.

If I'd known how long I'd stay in acting, I would have learned what to do sooner rather than make mistakes so publicly. That said, I did The Sand Pebbles when I'd just turned 19 because it was shot in Taiwan and Hong Kong. It was magical being there in the 1960s — I wouldn't trade it.

People talk about their weight going up and down. With me, it's just been up. I know it's not OK, but I love to eat. I love to live in a way that's not limiting. Yes, I should lose weight and I will, but the older you get, the more you just don't give a s---.

It takes me such a long time to "go blond" now that the fun has been taken out of it. Still, I've never been a brunette, though the brunettes today seem to be having a helluva good time. Cough, cough, Kim Kardashian.

I try to feed my brain so it doesn't get stuck in sludge. I spontaneously take classes and go to lectures that come up. I rationalize my endless hours of Scrabble and Boggle online as brain aerobics, as pumping blood to my head.

In the Murphy Brown days, the celebrity thing hit me big. It defined me and my relationships with the public, with my friends, with my husband [film director Louis Malle, who died of lymphoma in 1995] and our daughter [Chloe, now 29]. But fame passes — at least the intensity of it. It takes you a moment to realize that you have to spell your name when you're trying to get a dinner reservation. I had a very long run. It was nice to have fame, and it's also very nice not to have it.

I was an old first-time parent. I was 39 when my daughter was born, which in those days was very old. I was very present as a parent, very demonstrative and just over the moon in love and still am. And I was a strict parent. It was the parents who were wild as kids who became strict parents. My daughter is 29 now. In spite of my efforts, she no longer needs any parenting. She takes great care of herself.

I didn't want to date for three years after my husband died. But when I met Marshall Rose [her real-estate-magnate husband, since 2000], I knew that was it. He was a man I trusted completely. That's how it is with love later in life. You don't feel the anxiety you felt when you were younger. It's more vibrant, and it becomes truly about companionship.

I have been an incredibly lucky girl. Which is why when a big shadow falls — going through a severe terminal illness with a loved one — it feels like the rug is being pulled out from under you, as if to say, "Now we're going to give you the real stuff." That's how the universe works. Life is wondrously and appallingly surprising. Anyone who doesn't know that is unarmed.