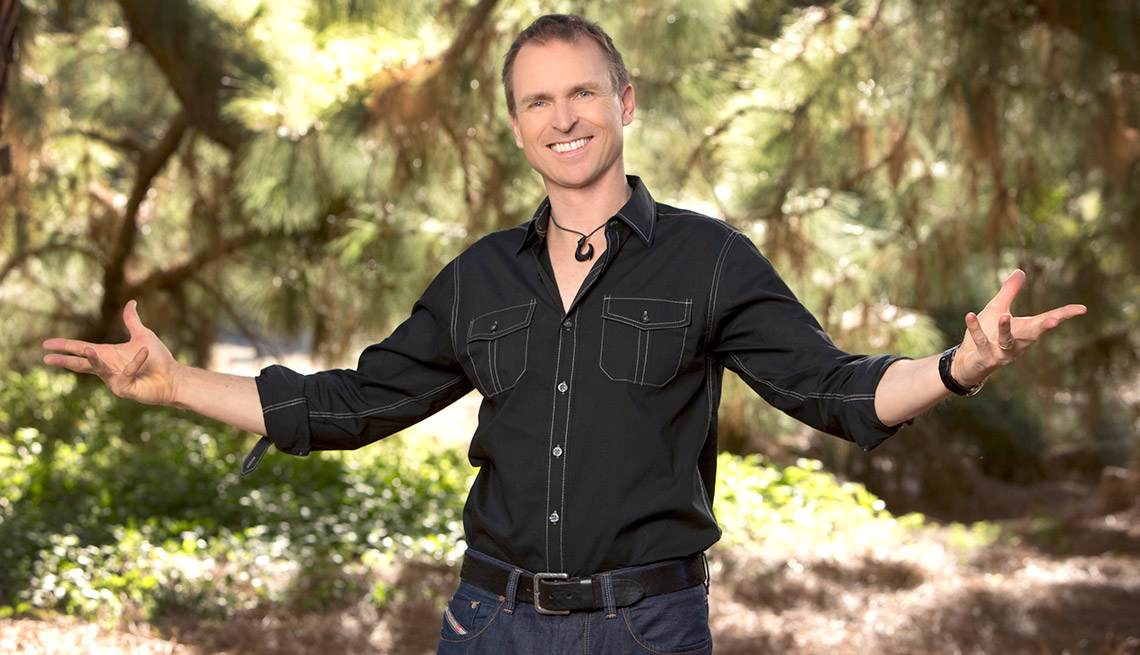 Phil Keoghan, host of the reality-TV hit The Amazing Race, has traveled some 4 million miles with the CBS show. The affable New Zealand native, 47, has picked up his fair share of globe-trotting tips in 25 seasons (the 25th returns on Sept. 26 at 8 p.m. ET/PT).. He shares them here.

Q: How often do you travel?

A: To travel light. Too many people take too much stuff — it just weighs you down. If you're going away for three weeks, don't pack clothing for 21 days. Instead, take clothes that dry quickly after washing and clothes that work in various combinations. And never check luggage; that way you can jump on a different flight, if need be.

Q: What will you not travel without?

My black Moleskine notebook — the kind Hemingway used (I keep it by my bed at night to write down ideas).

A "breakaway" bag, in case I need to empty items from my suitcase (to check it on carriers that restrict the weight of carry-ons). I also use it when I go on a boat or to the beach, and for shopping.

A good book — you never know when or where you'll get stuck.

A positive attitude; airport lines and flight delays can test the strongest nerves.

AARP Members! Save 25% or more when buying tickets in groups of four from Live Nation.

A: Prepare: belt off, pockets clear. Computer out, shoes off, liquids out — unless you're lucky enough to score a TSA Pre-check boarding pass. Think like a NASCAR pit-crew member: Your shoes go on the conveyor belt first, so put them back on first. And consolidate — the more pieces you have, the greater your chance of losing something.

Q: How do you stay fit on the road?

A: Waste no opportunity! Stretch if you're standing in a line, or alternate balancing on one leg. If there's no gym (or no time to exercise), bring a skipping rope. And always take the stairs. Even 15 minutes of exercise will make a difference.

Q: What's your best advice for travelers on the ground in a foreign country?

A: Strap your passport and emergency supplies (cash and credit cards) to your body — they should never leave you. Leave valuables in the hotel safe only in a modern city. That doesn't include your passport, by the way; I think it's always better to keep that with you. Scan any important documents before leaving home; being able to show copies could save you if you lose them or get them stolen.

Q: You've said that older contestants on The Amazing Race sometimes have an edge over 20-somethings.

A: Our oldest competitor was 71. Season 7's Meredith and Gretchen Smith were 69 and 66, and they were the oldest team to make the final four. With age comes wisdom. You tend to think things through before rushing into anything. Haste is not always the best path to a decision.

Q: What's the worst thing that happened to you on Amazing Race?

A: Coming out of Africa after the first episode, dozens of us got a stomach bug. That was a personal worst moment for me. We never figured out what made us sick, and we had to keep going. Another time, coming into Ukraine, I got pulled aside because of my New Zealand passport. Though I had been told I didn't need a visa, this person decided I did, and I was taken to an isolation room. I spent the night on some plastic seats. Thanks to a U.S. representative who happened to be a big fan of the show and worked tirelessly to get me out, I made it to the pit stop [to welcome Amazing Race teams] just 10 minutes before the first arrival.

A: Travel with the understanding that you're a guest. You need to get away from complaining that things aren't like they are at home. The key is acceptance of differences: Our way isn't necessarily the best way of doing things. Treat people with respect and they will do the same.

Kitty Bean Yancey is a freelance travel writer and editor.