Get AARP Perks to connect with resources, discounts and other member benefits as you browse online.

Arianna Huffington dishes on the motivation behind her new book, "Thrive."

En español | Call her a press baron for the new century. Arianna Huffington, 63, rules the Web with the online news site the Huffington Post. Her 14th book, Thrive: The Third Metric to Redefining Success and Creating a Life of Well Being, Wisdom, and Wonder, is just out. 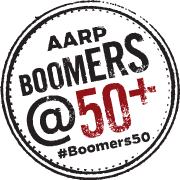 Talk about the 2007 collapse that led you to embrace a more mindful life and write your latest book, Thrive.

I fainted from exhaustion and literally was in a pool of blood in my own office. I had been working around the clock. I went back to the Greek philosophers that I had studied as a little girl, and they always ask the question: "What is a good life?" In our society we define success as money and power, which is a little bit like trying to sit on a two-legged stool — sooner or later, you're going to topple over. I felt it was time to redefine success and have a big, national conversation about what makes life really fulfilling and meaningful.

You write that "your smartphone isn't making you wiser" and urge readers to unplug. Isn't this ironic advice from the Huffington Post's founder?

Yes, but we are practicing what we are preaching. The Huffington Post is a 24/7 operation, but we have a policy of people not being expected to answer emails after work, except for the people who are obviously on duty at the time.

You were born in Greece, attended Cambridge University, were the wife of a congressman, have two daughters, run a global media company. How do you navigate change?

I have made many, many fundamental changes. The first one was going from four to five hours of sleep a night to seven to eight hours of sleep a night. That has made a huge difference. Also, I start my day with meditation. My bedroom is a device-free zone. I never take my iPhone or my BlackBerry to my bed, to my bedroom.

You've had a genius for reimagining your life. What advice do you give people who want to do that, but don't know how?

I think for me it starts with, what is it that you love to do? I believe everybody is creative. Everybody as a child, if you look around, has that gift to express, whether through writing, through thinking, just simply through being with people fully present. I think if we take those gifts and apply them throughout our lives, it will make a big difference.

Predict the media landscape in 2024.

Media companies are going to be a combination of traditional journalism, investigative journalism and long-form journalism, but also platforms that provide distribution to many voices — some known, some not known. There is going to be a greater demand for quality. I think there is also going to be a turning away from anonymity.

The inspiration is really around the importance and joy of conversation, of people sharing their thoughts, their ideas, their concerns and their discoveries with one another.

"Don't miss the moment," from my mother. She hated multitasking. She got angry with me when she saw me opening my mail or doing email in front of my children.

You have lived every parent's nightmare — a cocaine-addicted child.

My daughter was a senior at Yale; she was two months short of graduating (March 2012). I will never forget that drive to New Haven to find her in the emergency room. I brought her back. We agreed that the most important thing was her recovery — more important than her graduation. (She has been sober for two years.)

I don't think about legacy or epitaphs. I just think that you continue to live on in the hearts and memories of people who were with you, who loved you and whom you loved.