The Beat Goes On for Robert Burke Warren 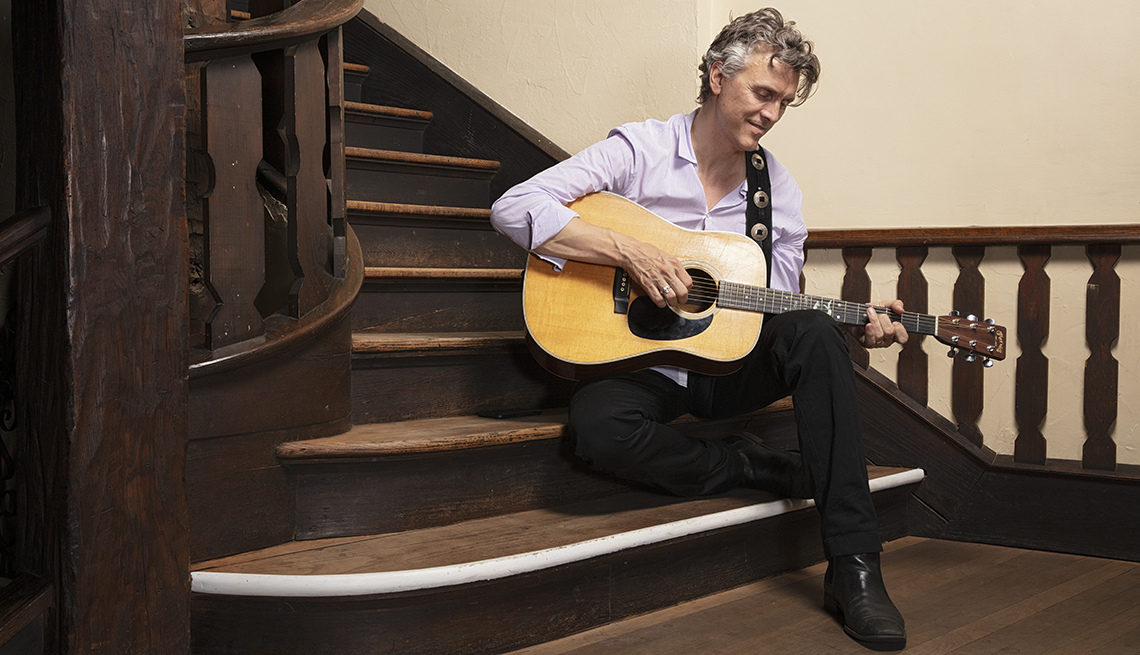 Occasionally, acquaintances from the old days will cross my path. I see them squaring two versions of me: the affable guy they knew who was always in a band, looking to make it big, and the man before them, graying, in well-worn, sensible shoes, shoulders not quite so high. Not the rock star I had once publicly vowed to become.

I understand their discomfort. Perhaps they assumed failure would kill my desire to play music. It happens. I know folks who dreamed of rock stardom and who, like me, were crushingly disappointed. A lot of them sold their gear and distanced themselves from music.

But here's the thing: Now that it's mainly for pleasure, music is more enjoyable for me. And with the fame chase removed, I'm better at it. In the midst of a life that's mainly about writing words, teaching and being there for my family, I still get called for mini-tours once in a while. But no one is looking for the impresario at the back of the room, the idol maker. We're just focused on the music.

Even with the coronavirus, my fellow lifers and I still get together to play, albeit with safety protocols. We cannot be stopped, apparently. At socially distanced rehearsals, band members talk kids, spouses, aging parents. Then we rock out, and all of that recedes. Amps buzz companionably, beers slake parched throats, pets wander through. We leave exhausted, in the best way.

The younger me would be aghast to witness his future self in such unglamorous circumstances. But I would encourage him to look closer, in the hope he would see not the failure he feared, but a seasoned artist generating connection and happiness through music. Young me would have no idea how precious and enriching such a life is. Lucky for him, he will learn.

Robert Burke Warren, 55, lives in Phoenicia, New York. He is a veteran of many rock bands, including the Fleshtones. He most recently toured with the Mammals. Warren is the author of the novel Perfectly Broken.